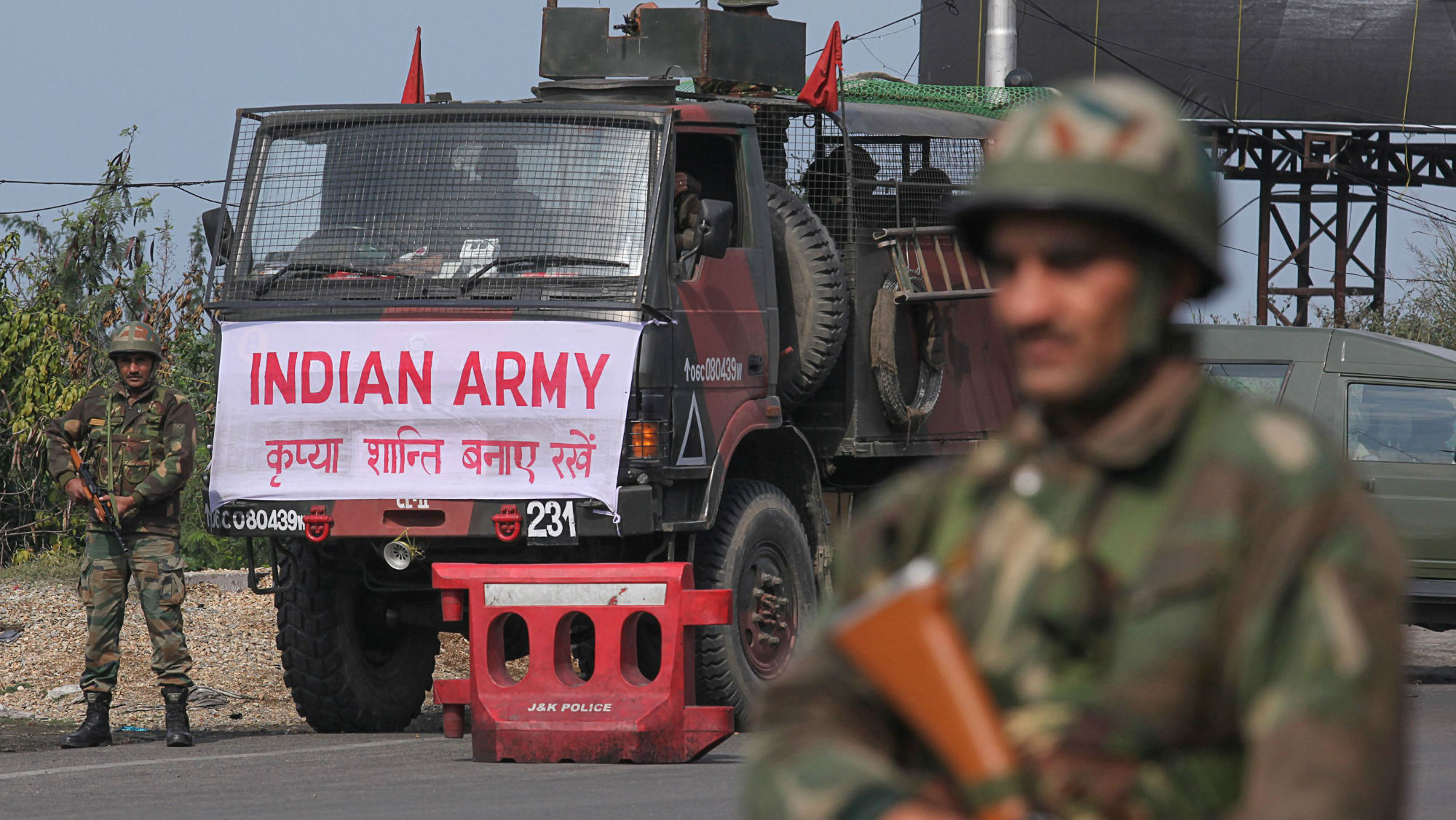 India and Pakistan have fought over Muslim-majority Kashmir ever since India took control of the region following the partition of British India in 1947. Over the past seven decades, the two countries have fought three wars, two over Kashmir, and engaged in numerous cross-border skirmishes.

The most recent bout of unrest came on Feb. 14, when a car bomb exploded near a police convoy in Kashmir, killing 40 Indian military personnel. The jihadist group Jaish-e-Mohammed claimed responsibility, but India put the blame firmly on Pakistan, which New Delhi accuses of aiding the group despite its formal ban in the country. India demanded that Pakistan stop supporting terrorists and promised retaliation through commercial and diplomatic measures. Indian Prime Minister Narendra Modi also said Indian forces were given “full freedom” to respond. Just four days later, nine people, including four Indian military personnel, were killed in clashes with militants in Kashmir. According to Indian officials, Jaish-e-Mohammed was responsible for the attack. The region’s tumultuous history makes the recent escalation of tensions particularly dangerous. 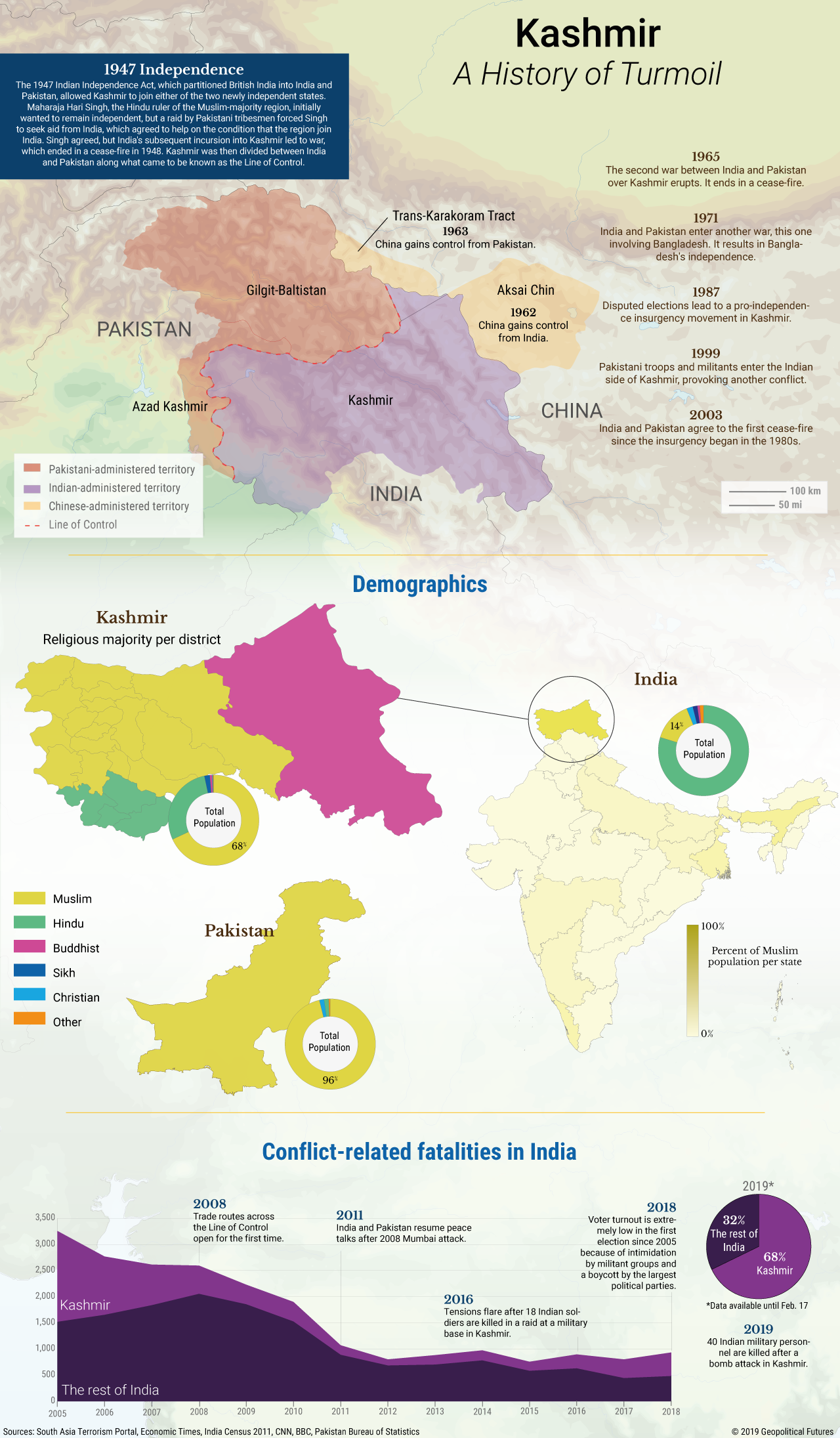