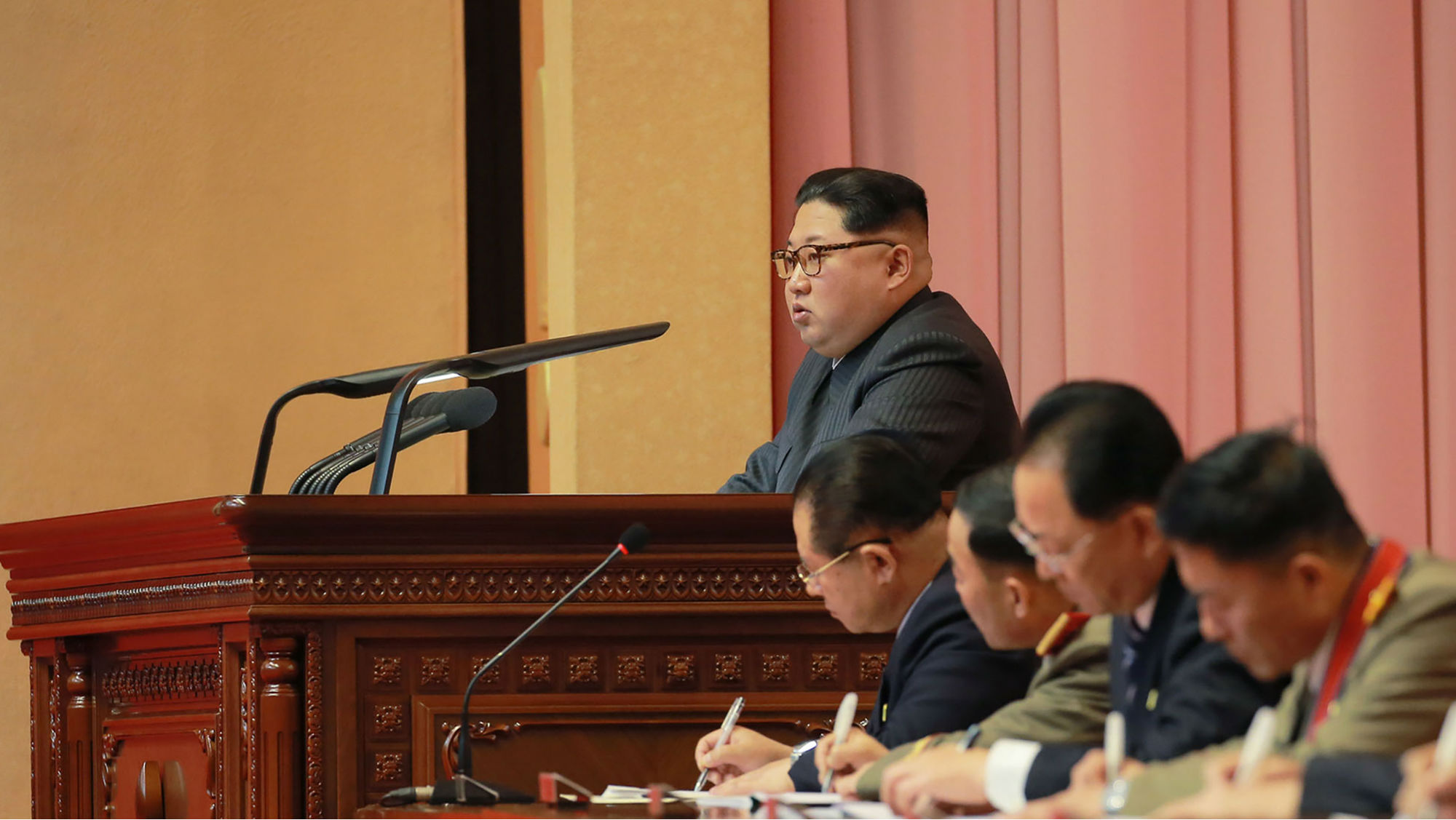 The U.S. position on North Korea is becoming increasingly incoherent. On Dec. 12, U.S. Secretary of State Rex Tillerson said Washington is ready for a first meeting with Pyongyang without preconditions. The next day, a White House spokesperson told Yonhap news agency that now is not the time for talks with North Korea. Pyongyang has yet to respond. After months of U.S. military drills and North Korean missile tests, it may seem odd that the U.S. would even consider unconditional talks. But something’s got to give, and the U.S. is being forced to choose between two bad options.

Pyongyang has proved its ability to launch an intercontinental ballistic missile capable of hitting the continental U.S., and it is well on its way toward having a deliverable nuclear weapon. The U.S. must respond, and so far, sanctioning North Korea and pressuring China haven’t worked. This has left Washington with two choices: eliminate the threat or reduce it.

To eliminate the threat, the U.S. would have to destroy all of North Korea’s nuclear and missile facilities. To reduce it, it would have to accept a nuclear North Korea and try to deter Pyongyang from using its missiles offensively. The first option would likely result in high military and civilian casualties. The U.S. Air Force would face strong anti-aircraft fire, and short of a nuclear first strike, there would be no guarantee that the U.S. could eliminate the North’s capabilities. The second option would leave the U.S. mainland vulnerable to a nuclear attack but allow it to avoid launching a strike that may or may not succeed. This option comes at a higher risk in the long term but at a much lower cost.

Though the conflicting messages from the White House and the secretary of state complicate the issue, they do not change the options available to the United States. It’s no secret that there are differences of opinion between the White House and the State Department. It’s possible that these differences are getting in the way of the U.S. defining a unified approach to North Korea. It’s also possible that the government is playing good cop-bad cop to improve its bargaining position. In any case, Tillerson’s offer to hold talks was an acknowledgement of the constraints the U.S. is facing when it comes to North Korea, and the White House’s rebuff won’t change that reality. 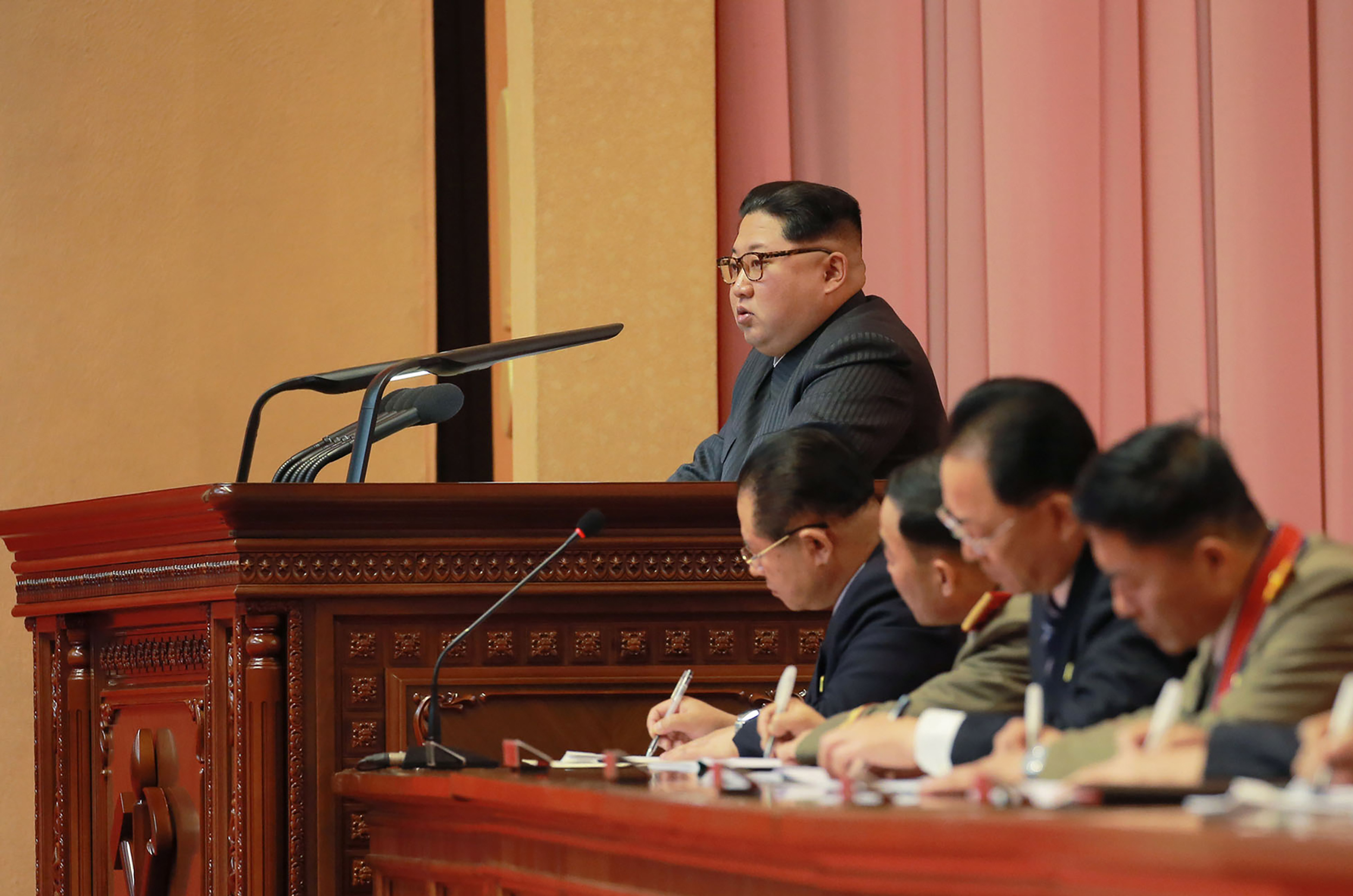 In his comments, Tillerson not only addressed U.S. constraints but also acknowledged North Korea’s limitations. The North Koreans already have too much invested in their nuclear program to give it up now, he said. Agreeing to dialogue on the condition that Pyongyang abandon the program would be unrealistic, as this would undermine the country’s military defense and its regime.

From the U.S. perspective, pursuing unconditional talks would give Washington more control and would offer potentially acceptable results at a much lower cost than launching an attack. From the North Korean perspective, unconditional talks represent a capitulation on the part of the U.S., which the regime could frame domestically as a victory. But if North Korea agreed to unconditional talks, it would be backtracking on previous comments about requiring conditions, like ending U.S.-South Korean military drills, before coming to the table. If it declined, then Pyongyang – not Washington – would appear to be the uncooperative party, and if war did break out, the U.S. could tell its allies that it exhausted all options to find a peaceful resolution.

Where Do Others Stand?

South Korea, unsurprisingly, supports unconditional talks. In the event of war, South Korea would have a lot to lose and would be the easiest target for the North Koreans. Its minister for unification has already said he would support this move and encouraged North Korea to accept the offer.

U.S. and South Korean military officials are reportedly considering delaying annual joint military exercises scheduled for February, during the 2018 Winter Olympics, which will be held in Pyeongchang, South Korea. Though this move might be motivated by security concerns – Washington and Seoul likely want to avoid angering North Korea during the Olympics – it could also be seen as a gesture that both countries are willing to hold off on military exercises if the North freezes its nuclear program. This is essentially the proposal put forth by Russia and China, but the U.S. doesn’t want to publicly accept a plan proposed by these two countries. By temporarily suspending exercises and presenting the possibility of talks without preconditions, the U.S. is suggesting that it would be open to this solution.

Japan will be less willing to accept unconditional talks. The Japanese government has strongly supported Washington’s past strategies, including sanctions. It still believes sanctions could persuade North Korea and, at the very least, force it to come to the negotiating table in a weak position. But opening up talks might result in lifting sanctions, and Japan can’t accept this. Negotiations could take months and may not even work in the end; in the meantime, North Korea would just grow stronger without sanctions in place.

But the U.S. has subtly suggested to Japan that sanctions alone will not solve the crisis. There is evidence that the North is finding ways around them. On Dec. 12, the U.S. national security adviser asserted that North Korea still receives fuel products from ship-to-ship transfers offshore. In addition, U.S. think tank C4ADS and South Korean think tank Sejong Institute released a joint report claiming that North Korea, though hurt by sanctions, has managed so far to navigate around them.

As for China, the prospect of talks with North Korea could mark an end to U.S. pressure on Beijing. This is welcome news for the Chinese, who have had to face the threat of sanctions against Chinese companies and other members of the business community with ties to North Korea. Tillerson claimed that the U.S. and China have discussed how to secure North Korea’s nuclear weapons if Kim Jong Un’s regime falls. He said Beijing was given assurances that if U.S. forces had to enter North Korea, they would not cross the Chinese border. The Chinese government avoided directly answering any questions about this comment.

Washington’s limitations are becoming increasingly apparent, and holding talks without preconditions would ultimately be an acknowledgement of those limitations. It would place the pressure back on North Korea and help cement Seoul’s support for Washington. If the U.S. can learn to live with a nuclear North Korea, future U.S. moves will focus on measures to discourage further development or offensive use of North Korea’s nuclear and ICBM programs.