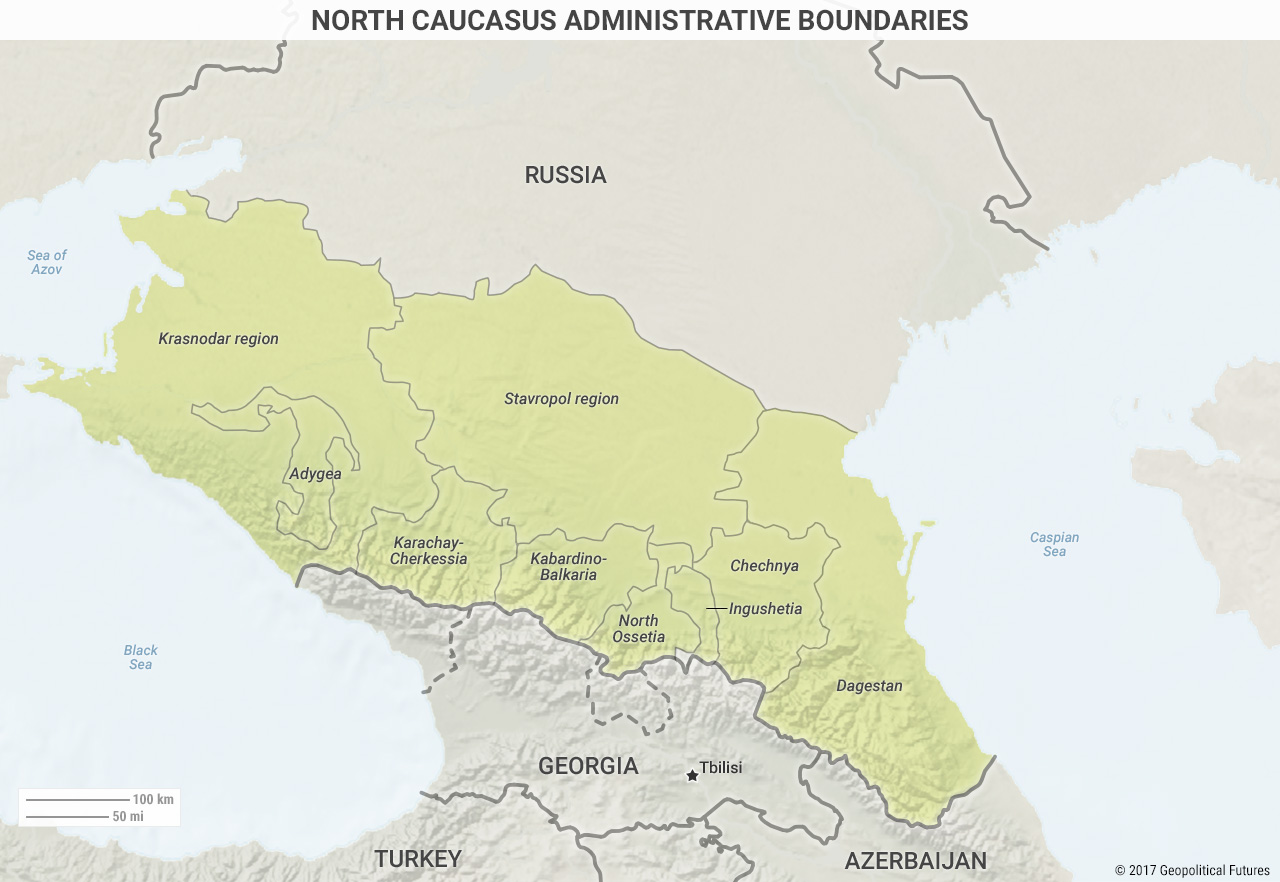 This current administrative arrangement of the North Caucasus is the outcome of the Russians’ centuries-long struggle to subdue this region. Until the North Caucasus was brought to heel during the time of the czarist regime in the late 19th century, the region was what noted Caucasus and Central Asia scholar Marie Bennigsen Broxup referred to as a “barrier” that separated Russia from the heart of the Muslim world. At the same time, the mountainous terrain kept major Muslim powers to the south, such as the Ottoman Turks and the Safavid (and later Qajar) Persians, from truly accessing this region. Though both the Turks and the Persians had sought to expand into the Caucasus region, neither side was able to move past the South Caucasus.

By the 18th century, both the Ottomans and the Persians lacked the modern political, economic and military capabilities Russia and the other Europeans had acquired. Furthermore, they were embroiled in a bitter rivalry in the Middle East, and the Turks were heavily committed in Europe where they were starting to lose territory. Ultimately, the Ottomans and Persians were unable to seize the massive Greater Caucasus mountain range. The Russians, however, had no such trouble. Though a lengthy undertaking, Orthodox Christian Russia was much better positioned to eventually occupy the North Caucasus.

From a strategic point of view, Russia must control at least the North Caucasus, and ideally the South Caucasus, because these areas are buffer regions; should they fall into hostile hands, the entire Russian core would become vulnerable. These areas, however, have historically proven difficult to control because of both the terrain and the locals.

The Coming Crisis in South Asia