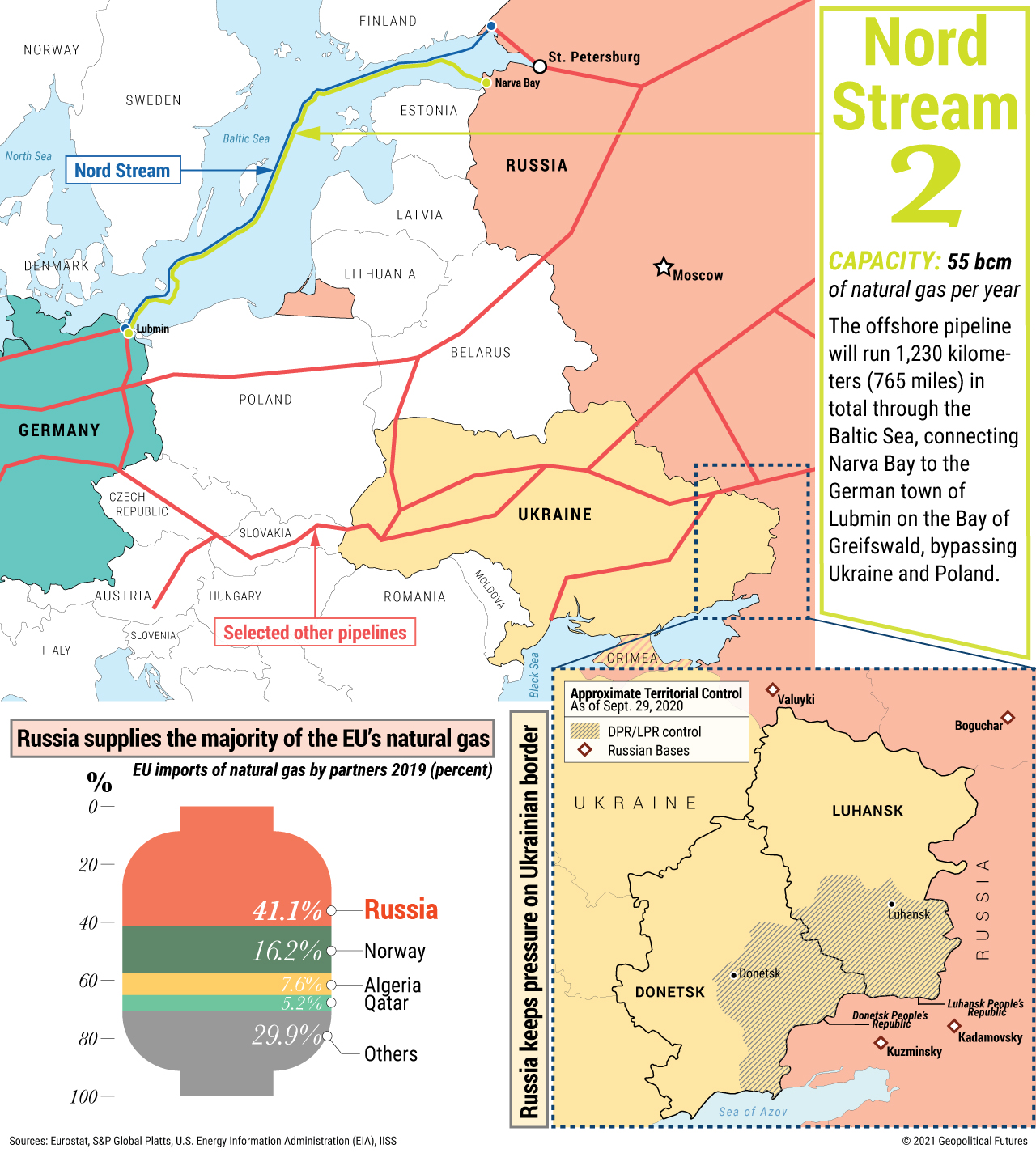 A German regional court this week refused Russian energy giant Gazprom’s appeal to exclude the Nord Stream 2 pipeline from EU rules requiring gas producers to be legally separate from distributors. The judgment doesn’t affect construction of the 1,230-kilometer (765-mile) project through the Baltic Sea to the German coast, which Gazprom says will be completed within weeks, but it will force Gazprom to forfeit some control over the pipeline.

Critics say Nord Stream 2 will enable Russia to avoid sending gas through Ukraine, depriving the country of approximately $2 billion annually in transit fees and potentially exposing it to heightened Russian aggression. U.S. sanctions delayed completion of the project, but last month Washington and Berlin agreed that it could go ahead and that Germany would take action if Russia weaponizes its gas supplies or commits aggression against Ukraine. Among other measures, they also expressed support for a $1 billion fund for Ukraine to diversify its energy sources, with Berlin providing an initial $175 million. And Germany will back Ukraine in its attempt to secure from Gazprom an extension of the existing gas transit agreement, which expires in 2024.