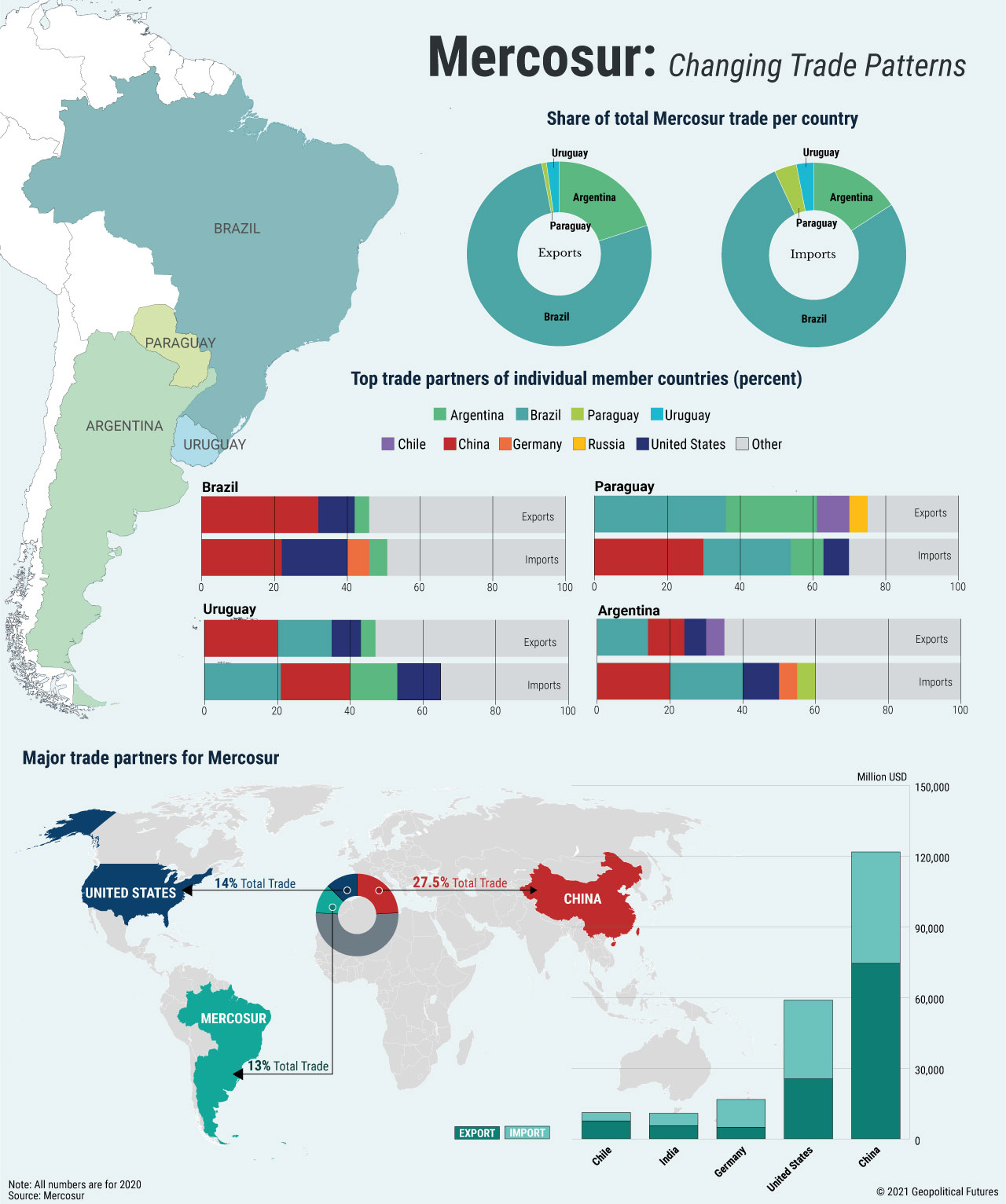 In 1991, Argentina, Brazil, Paraguay and Uruguay established Mercosur to increase their participation in global trade and improve their negotiating positions with outside partners. Back then, the top trade partners for Uruguay and Paraguay were the United States, Brazil and Argentina. Brazil’s top partners were the U.S., Argentina and Germany, while Argentina’s were Brazil, the U.S. and Germany. China, meanwhile, conducted minimal trade with the entire bloc, accounting for between 0.5 percent and 1.5 percent of total imports and exports for each country.

Fast forward 30 years, and the economic dynamics for each of the member states have changed significantly. As China’s need for raw materials during its economic boom increased, its trade with Mercosur members, which are major producers of commodities, steadily rose. Today, the United States is still a critical trade partner, but it has been replaced in the top spot by China. What’s more, exports are now an even bigger part of Mercosur members’ growth strategies than 30 years ago. As this trend develops, and as the U.S. and China negotiate their own trade tensions, members will demand greater flexibility from the bloc.