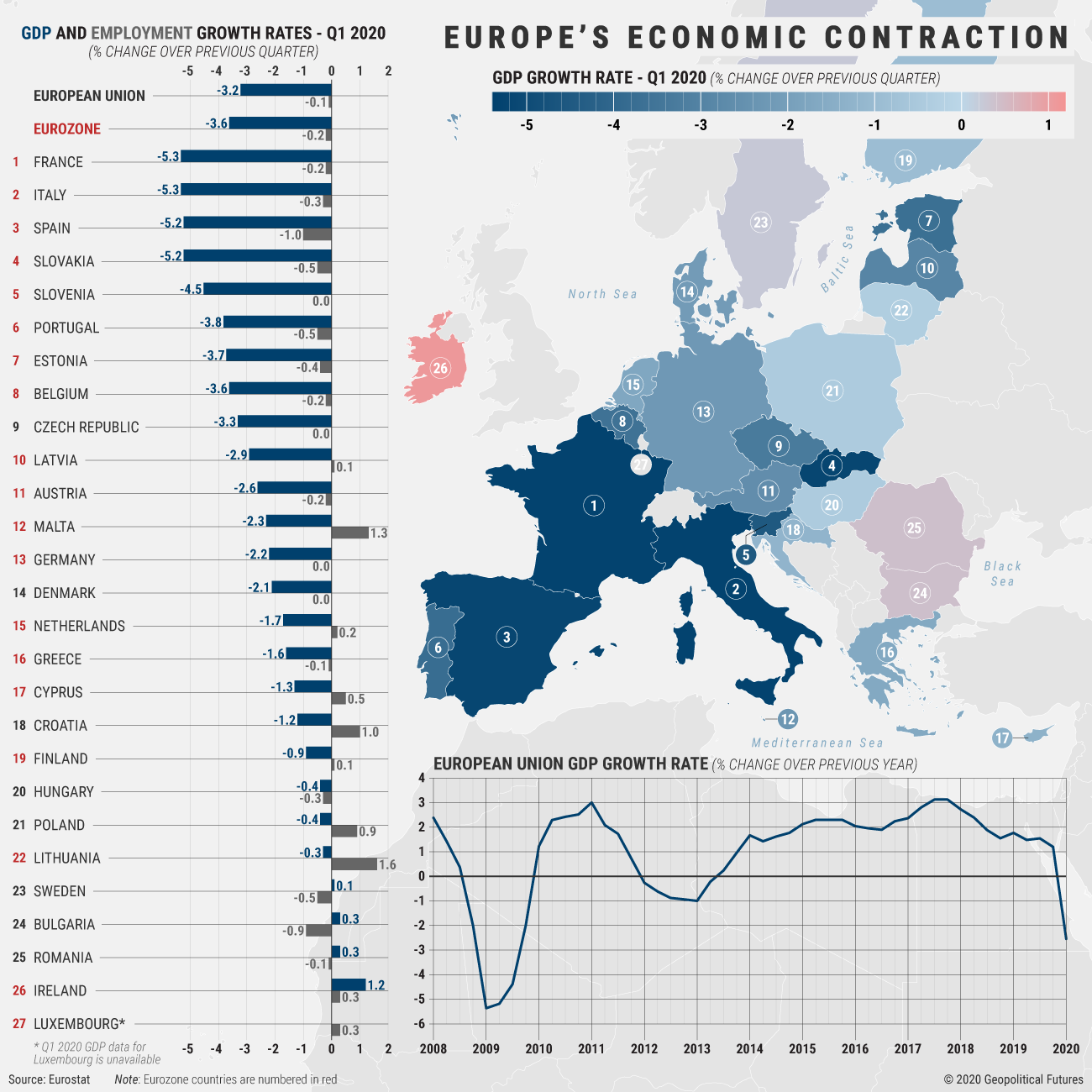 The economic damage caused by the coronavirus pandemic is such that it’s nearly impossible to accurately measure. Still, some numbers are starting to trickle in. The European Union, for example, saw its sharpest decline in the first quarter of 2020 since it began keeping records in 1995. Household consumption fell by 4.3 percent quarter-over-quarter, and gross fixed capital formation decreased by 3.9 percent. Trade slowed on both the demand and supply side, with a 3.2 percent drop in imports and 3.5 percent decline in exports. The hardest hit industries were trade, transport, hospitality, food service, and activities, arts, entertainment.

The important takeaway here is that these figures reflect just one month of lockdown in Europe. Second quarter figures will likely be much worse. It’s also important to note what these numbers won’t be able to tell us — that is, whether the damage is permanent and how quickly it can be undone. The general line of thinking is that the longer social restrictions are in place, the higher the risk for permanent damage, making the performance in the second quarter all the more important.