While researching Scottish-U.K. relations, we recently stumbled on the blog of British geographer James Cheshire. Cheshire had discovered an old European Union-funded research project from 2001-03 that created a climatological database for the world’s oceans from 1750 to 1850. The study gathered information from decades-old, detailed log books of global maritime activities and allowed Cheshire to create a few rough maps of British, Dutch and Spanish trade routes.

Our graphics team decided to give illustrating the data a shot of their own. The result is this graphic, which shows British, Dutch, Spanish and French trade routes from 1750 to 1800. As one might expect, the British trade routes are those of an impressive global empire. This time period happened to be the heyday of Dutch power abroad, so the Dutch routes are also extensive. The Spanish trade routes are focused mainly on Spanish colonies in the New World. Meanwhile, the French trade routes seem spartan and rather undiversified compared to the others – but then, 1750-1800 was an exceedingly unstable time in France, so there were more pressing worries at home. For those who would like to examine the data themselves and are brave enough to negotiate late-1990s HTML coding, you can find it here. 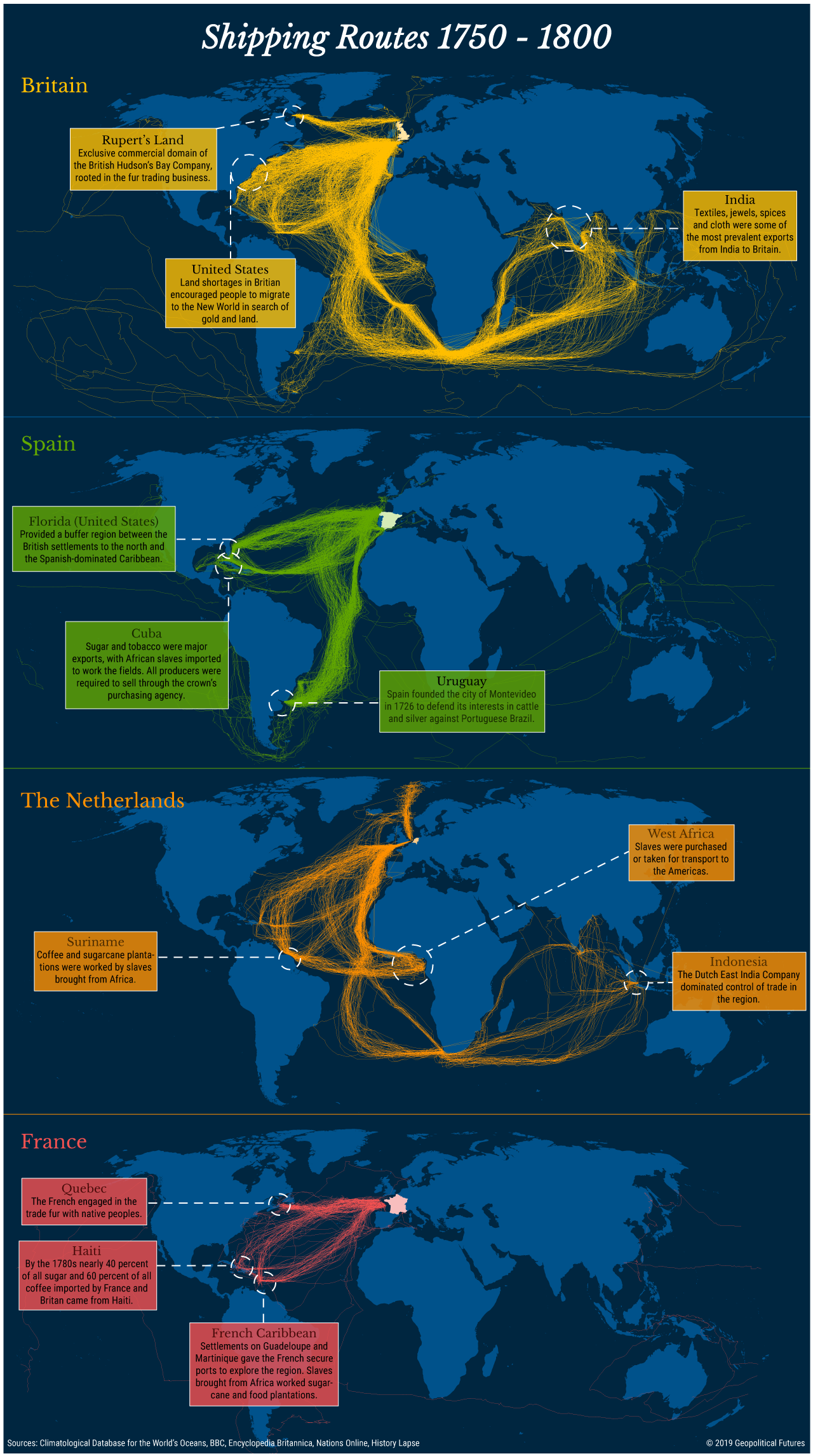 Status of the Global Economic Recovery