It’s a lesson every world leader learns, even those who understand it going in: Campaigning is easy, governing is hard. Donald Trump, both the candidate and the president, repeatedly said the United States would completely overhaul, if not walk away from, the North American Free Trade Agreement. But time constraints, elections and business pressure have all conspired against any lofty expectations for a renegotiated NAFTA. It now appears the changes to the treaty will be more of a refresh than a remake.

The main impediment up to this point has been delays on the U.S. side. Before the United States could enter into NAFTA renegotiations, an array of Cabinet posts needed to be filled. The most important post in this case was that of U.S. trade representative, the head of the office responsible for administering U.S. trade agreements. The Trump administration nominated Robert Lighthizer for that role on Jan. 3, but the government couldn’t formally declare its intent to renegotiate NAFTA and move forward until he was approved, which didn’t happen until May 11. Within a week, Lighthizer gave the requisite notice on behalf of Trump, but U.S. law requires a 90-day consultation period before American officials can formally begin the renegotiation process with their foreign peers. This gave the U.S. government three months – until Aug. 16 – to fill the remaining Cabinet posts that could be involved in the renegotiation.

Even with this obstacle cleared, the U.S. is still working against the clock. According to a May 31 article by Mexican newspaper El Economista, Mexico’s economy secretary, Ildefonso Guajardo, told the International Chamber of Commerce that he and Lighthizer had agreed on an accelerated timetable for NAFTA negotiations, with a deadline for completion of Dec. 15. This date would enable their agreement to pass through each country’s legislature well in advance of Mexico’s general elections in July 2018 – and thus, both sides hope, before electoral politics or a new administration in Mexico City could become too great an obstruction. 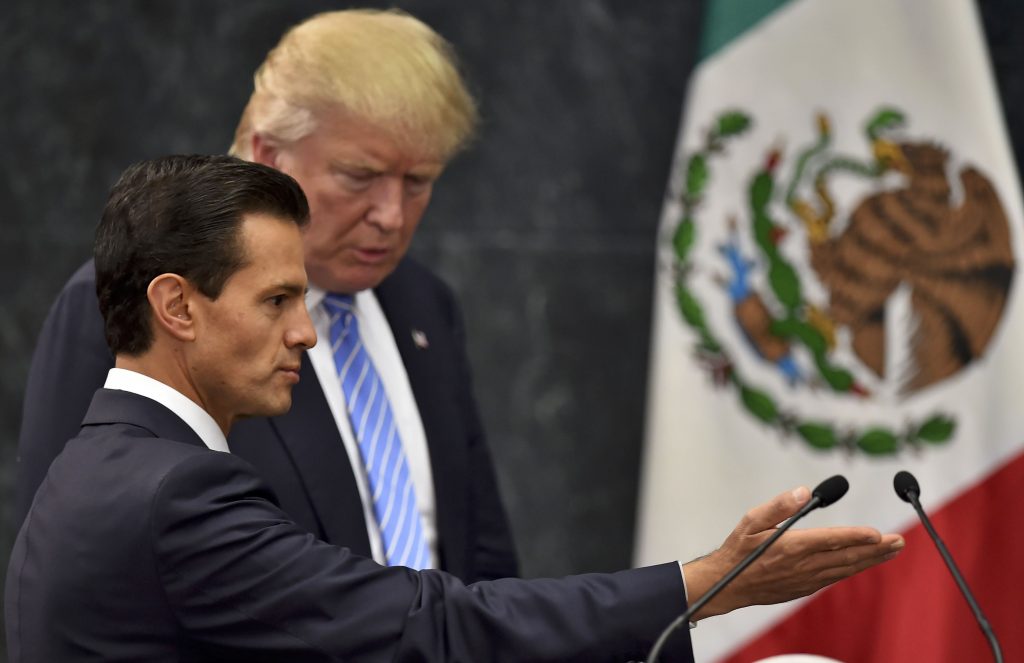 Four months is not enough time for a serious modernization of an agreement as large as NAFTA. It took nearly two years – from February 1991 until December 1992 – for the U.S., Mexico and Canada to negotiate the terms of the original agreement, and that excludes eight months of preparation and seven months to conclude side agreements related to the main treaty. Renegotiation could reasonably be expected to take less time than original composition, but this is still a major undertaking. Simply revisiting the rules of origin, a topic that is very likely to be included in the talks, involves a slew of technical details for setting standards for many different types of goods. Without more time, negotiators will be able to make only small changes or add specialty clauses to the existing document.

If negotiators miss their self-imposed Dec. 15 deadline, they run a higher risk that Mexico’s 2018 general elections will interfere with the process. With the vote scheduled for July, campaign season will occupy much of the government’s time and attention early next year. By law, Mexican President Enrique Pena Nieto cannot run for re-election in 2018. This means a government transition will necessarily occur, which will delay all government activities. More important, there is no guarantee that the next president won’t derail negotiations immediately after assuming office.

Since the publication of the El Economista article, World Trade Online reported that U.S. and Canadian officials have not confirmed the existence of a deadline. A spokeswoman for the Office of the U.S. Trade Representative said that “negotiations should move expeditiously toward a conclusion” and that it was in the U.S. interest to conclude negotiations sooner rather than later. A Canadian Foreign Ministry spokesman said he could not confirm media reports of a Dec. 15 deadline. Still, the El Economista article cannot be dismissed out of hand: It came from a source who would be privy to this information, and the news outlet is reputable. The U.S. and Canadian responses, moreover, are to be expected. Neither side wants to appear to be agreeing to limitations or concessions before formal negotiations even begin.

The other major hindrance the U.S. faces on NAFTA renegotiation comes from American businesses. The economies of the U.S. and Mexico are so entwined that it would be difficult for the United States to leave the agreement without disrupting U.S. businesses. In particular, the gross domestic product of massive states such as Texas and California heavily count on trade with Mexico. The business plans of many American companies are based on NAFTA’s continued functioning, and the uncertainty created by the renegotiations could hurt their bottom lines in the short and long term. Just last week, CEOs from 32 major U.S. companies signed a letter urging the U.S. government not to make drastic changes to the agreement’s structure and to move quickly. Similarly, an automotive lobbying group comprising Ford, Fiat Chrysler and General Motors expressed its desire to merely modernize NAFTA, since any major change could put the industry’s competitiveness at risk. The Office of the U.S. Trade Representative will accept public comments on the renegotiations through June 12, and the list of companies advocating limited modernization of the treaty will likely grow.

NAFTA is going to be renegotiated. Everyone involved – especially Mexico and Canada – has been laying the diplomatic and administrative groundwork for it. But the participants have neither the time nor the business community support to completely overhaul the agreement. They will instead set their sights on a much lower target: bringing the treaty into the 21st century.