Saudi Arabia’s strategy in the Middle East has for years focused on throwing money at majority Sunni states and groups in the region to counter Iranian influence. Its fiscal constraints, however, are beginning to limit its ability to project power even in the Arabian Peninsula.

Saudi Arabia is coming to the realization that it can’t shape the dynamics of the region. It can help create problems for its opponents, but it can’t control the future course of events. Funding Sunni jihadist groups has not had the desired outcome. The rise of the Islamic State – which emerged out of the civil war in Syria, where the Saudis supported various Sunni insurgent groups – is evidence that this strategy can have unintended results. In fact, Saudi Arabia’s attempt to expand its influence regionally may have actually had the opposite effect, leading to diminished Saudi power both domestically and on the peninsula.

That experience caused the Saudis to refocus their efforts closer to home, in places like Yemen. Saudi Arabia intervened in the civil war there in order to prevent an outside power – Iran – from infringing on its sphere of influence. But even in this conflict, Saudi Arabia is struggling to achieve its objectives. Low oil prices continue to strain its budget, inhibiting its ability not only to fund proxy groups throughout the region but also to carry out conventional military action on the Arabian Peninsula.

Leaked emails between the former U.S. ambassador to Israel and the United Arab Emirates’ ambassador to the U.S. reveal the impact of this budgetary constraint. The Emirati ambassador wrote in the emails, which were sent in April, that the Saudi crown prince had expressed a desire to withdraw from the conflict in Yemen and a willingness for the U.S. to engage Iran on the Saudis’ behalf.

At this point, both Iran and Saudi Arabia know that Riyadh’s financial struggles are limiting its ability to protect its interests closer to home. Any direct negotiation between the two countries will account for this weakness and result in a settlement that is far more in Iran’s favor than Saudi Arabia will feel comfortable with. Thus one of the consequences of Saudi Arabia’s decline is that it creates an opening for Iran to pressure the Saudis into accepting a state of affairs they don’t want to accept. 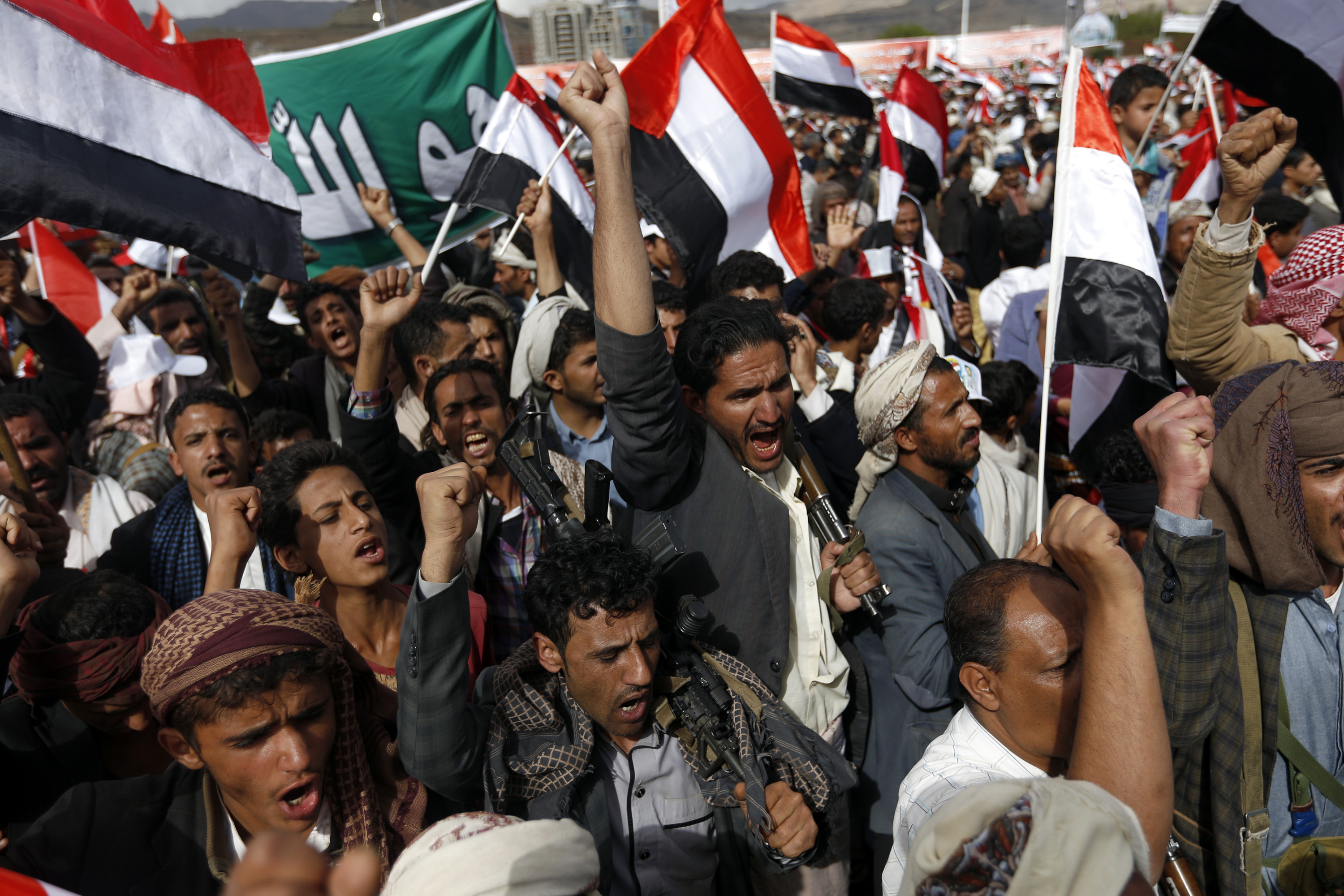 Yemeni supporters of the Houthi movement and former president Ali Abdullah Saleh chant slogans during a rally to mark two years of the military intervention by the Saudi-led coalition, in the capital Sanaa on March 26, 2017. MOHAMMED HUWAIS/AFP/Getty Images

Saudi Arabia has even struggled to maintain order within its own borders. The Saudi government recently took the unusual step of besieging al-Awamiya, a Shiite-dominated Saudi town in Eastern Province, to quell resistance against the government’s plan to demolish and redevelop part of a neighborhood.

The Saudis are trying to obscure the extent of their economic problems by highlighting some of their recent supposed successes. The Saudi finance minister cited a 20 percent year-over-year decrease in the second-quarter deficit as evidence that the country is moving toward a balanced budget. Upon closer inspection, however, this claim of fiscal prudence falls apart. Though it’s true that Saudi Arabia’s expenditures declined by 1.3 percent in the second quarter, the majority of the deficit decline is due to a 28 percent increase in its oil revenue. Although Saudi Arabia has been attempting to diversify its economy, its non-oil revenue actually shrank by 17 percent. These are not signs of a country becoming less dependent on oil. And while oil prices have increased slightly over the past several months, they will remain relatively low in the long term. 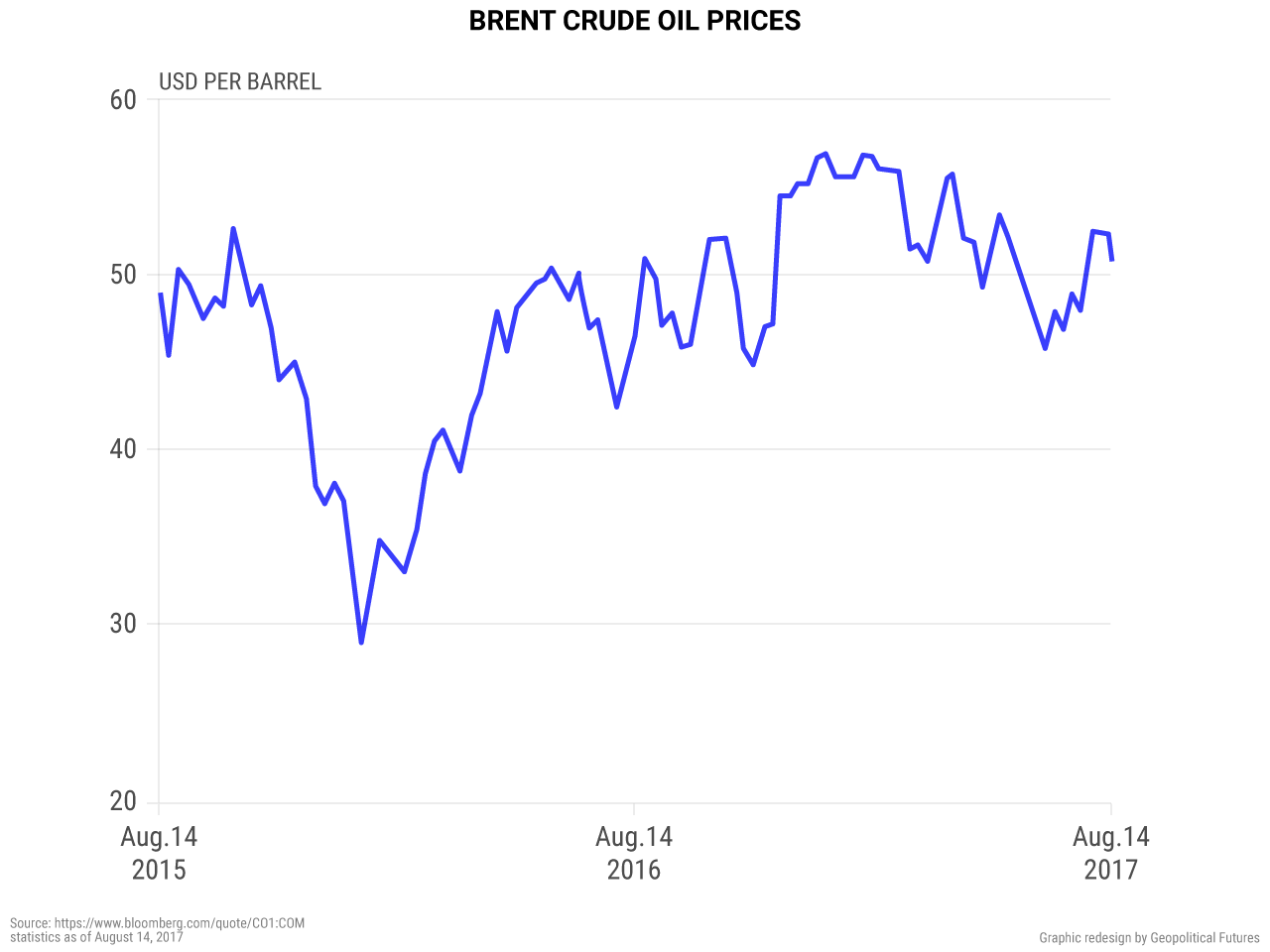 Security services and military spending together are the largest expense in the country’s budget, making up roughly 37 percent of the 2016 budget (but only 32 percent of the projected 2017 budget). Saudi Arabia’s economy minister estimated that the war in Yemen cost Saudi Arabia $5.3 billion in 2015, roughly 10 percent of its annual military spending. It’s likely that the real cost is even higher considering that the kingdom has been financially supporting its allies in the country for years. These expenses, as well as the money used to support members of the royal family in Saudi Arabia, are likely not accounted for in official figures.

Yemen is an ongoing drain on the already stressed Saudi budget, and yet the kingdom doesn’t have any real progress to show for it. Despite its two-year involvement in the civil war, Saudi Arabia has failed to push the conflict definitively in a direction that would benefit its interests (for example, diminishing the role of the Iranian-backed Houthis in the conflict).

An agreement with Iran would be no small capitulation for Saudi Arabia; it would pave the way for greater Iranian influence directly on Saudi Arabia’s border. Constraints, however, often force states to choose between two bad options, and if Saudi Arabia is faced with the possibility of continuing engagement in a war it cannot afford to be involved in, it may be compelled to accept some sort of power-sharing agreement with Iran. This would be an admission that Saudi Arabia can no longer define the Arabian Peninsula’s destiny and must rely on the United States to broker deals with its enemies to protect its interests. The Saudis don’t want to become even more dependent on the U.S., particularly in light of its deepening relations with Iran through the easing of nuclear sanctions.

Saudi Arabia’s desire to escape the quagmire in Yemen is a perfect example of how constraints restrict a state’s ability to pursue its security imperatives. While Saudi Arabia would certainly prefer to counter Iranian influence by defeating its proxies in Yemen, its oil-dependent budget is forcing it to reconsider a brokered agreement that will at least limit Iranian influence in the Arabian Peninsula. That may be the best that Saudi Arabia can do for now.