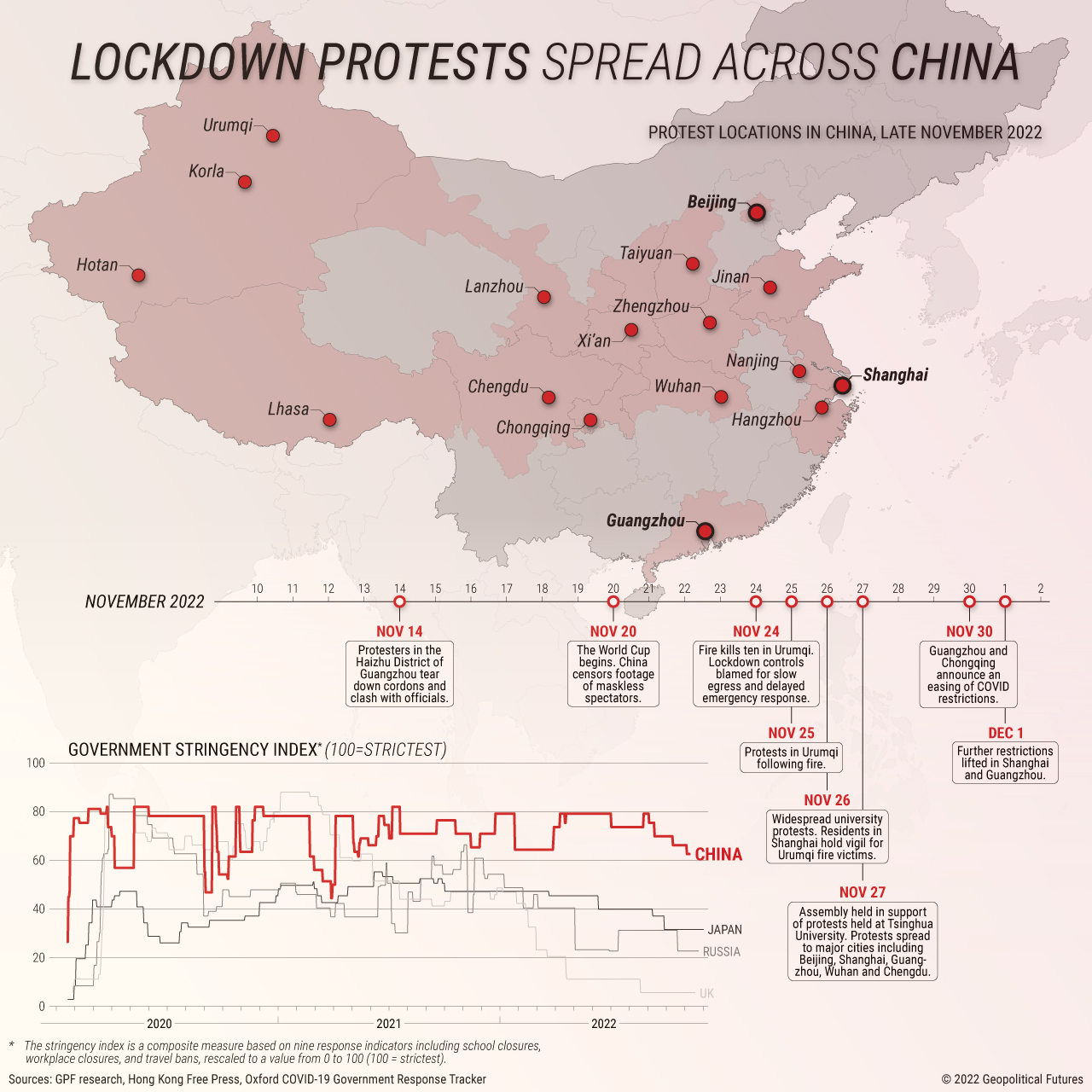 The protests that took place across China roughly a week ago shocked many. Large-scale demonstrations are highly unusual in China, especially ones that target the government and President Xi Jinping himself. But these events have proved what we’ve seen repeatedly throughout the country’s history: In China, unrest can spread rapidly.

Police were able to disperse the protests, and rigorous preventive measures were introduced, with authorities arresting people at their homes, checking citizens’ access to VPNs and confiscating phones, laptops and other devices. The government now seems open to eventually ending its zero-COVID policy as several cities have taken steps to ease restrictions and a top official has signaled a softer approach to containment efforts. But this will be a gradual process. So long as zero-COVID remains in effect, more unrest is possible – and will be a major cause for concern for the country’s leadership.