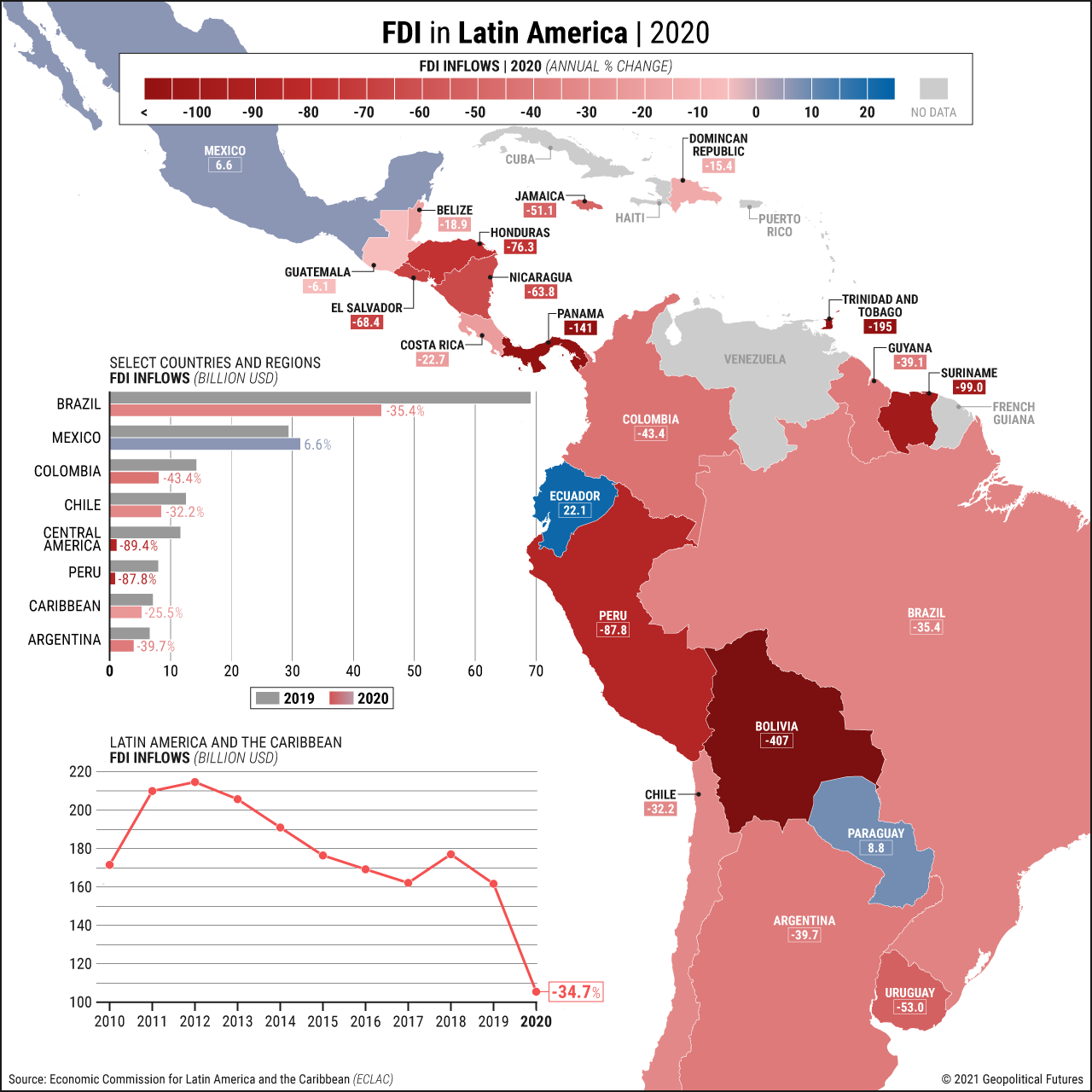 Foreign direct investments are crucial for Latin America. They help finance economic development and projects that the governments and local companies cannot fund on their own. Additionally, FDI often translates into greater access to foreign firms’ technology and know-how.

Last year, Latin America suffered a massive setback as FDI plummeted to $105.49 billion, a decline of 35 percent from the previous year. Though the drop was on par with the global average, it will still have serious effects.

The contraction did not affect all countries equally, and three states — Mexico, Paraguay and Ecuador — actually experienced an annual increase in FDI. But for those experiencing shrinking foreign investment, recovery will depend not only on domestic circumstances (such as the political landscape, regulatory reforms and social stability) but also on external factors.