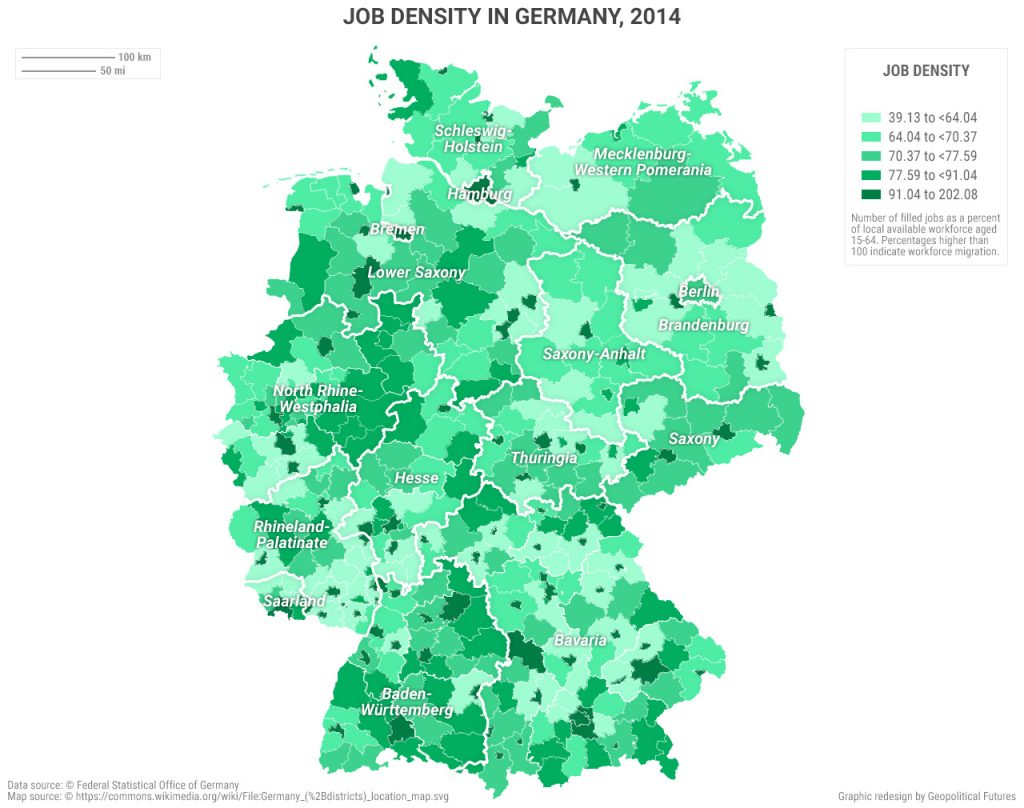 The east remains the poorest part of Germany, with a GDP about 25 percent lower than in the west, and it is suffering the most from the current EU crisis. Unification also led to high unemployment rates in the east, which are currently at about 10 percent – double the rates in the west. Economic activity in the east has increased since the early 1990s as a result of government programs – subsidies and investment in infrastructure – mostly paid for by revenue generated in the west.

The weaker economy in the east also means that the job market remains weak. Young people often seek better-paying jobs by migrating to the west or elsewhere in Europe. For many in the east, the influx of refugees has only exacerbated the lack of job opportunities. Workers in the east believe it was hard enough to reinvent themselves and survive capitalism after communism. Now, the refugee crisis presents them with yet another challenge.

The division between eastern and western Germany is the most important challenge for the leadership in Berlin. This divide will shape how Germany evolves and defines itself as a European power. To read more about what the regional disparity means for Germany’s future, check out or most recent Deep Dive on Germany’s political and social divide.