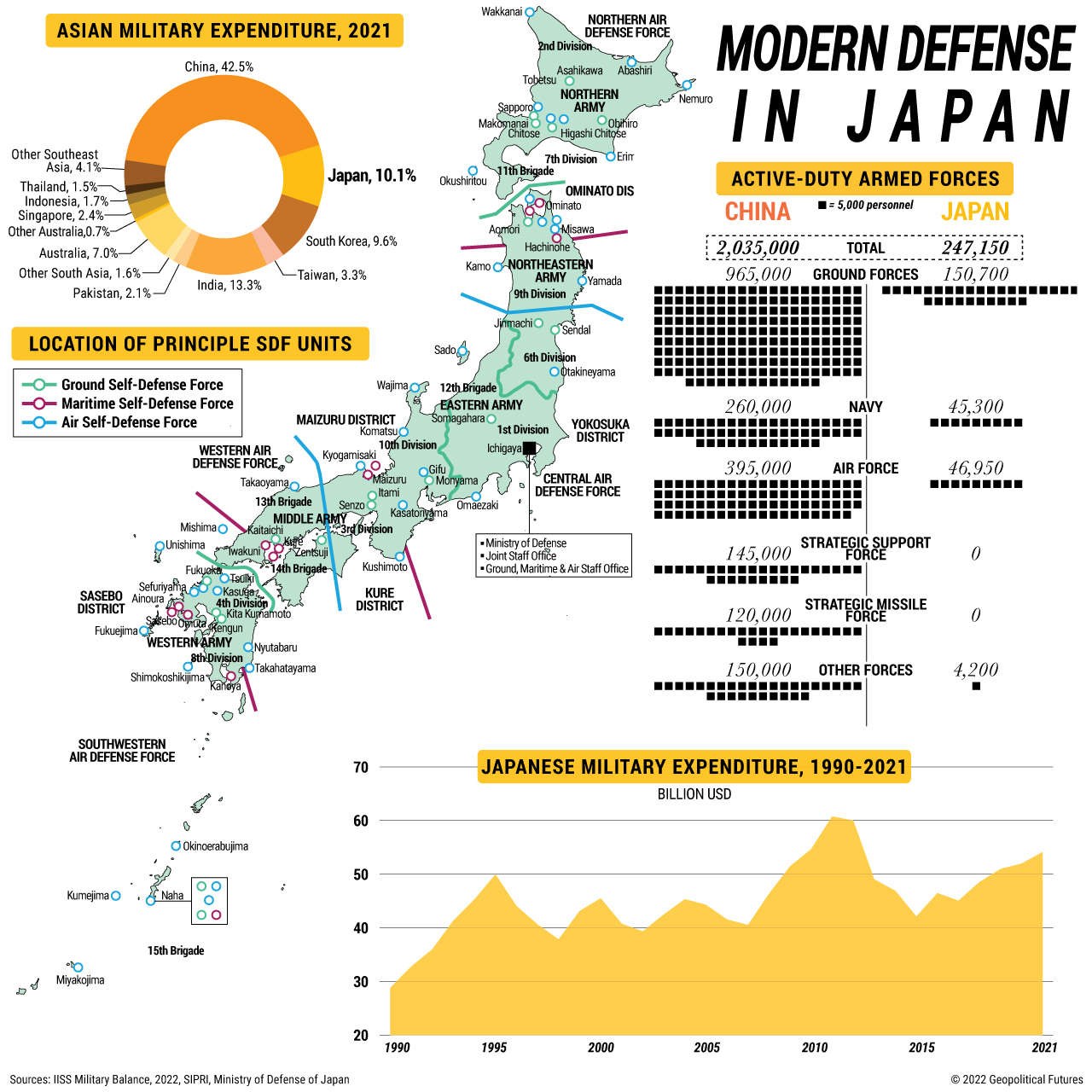 After its defeat in World War II, Japan was deprived of any military capability. Pursuant to Article 9 of its new constitution, which came into effect in 1947, the country was permitted only a defensive army called the Japan Self-Defense Forces. In 2014, Prime Minister Shinzo Abe’s government approved a reinterpretation of the constitution, allowing the Self-Defense Forces to provide material support to Japan’s allies in case of war. The reinterpretation was made official in 2015, after which Japan has started engaging in military cooperation with Australia, India, Taiwan, South Korea, Singapore, the United Kingdom and the United States.

Amid the war in Ukraine, an increasingly assertive China, and the nuclear threat from North Korea, Japan has recently begun to focus on its own military capabilities. Japan’s military expenditure is now the third highest in Asia, trailing only China and India. In the next five years, the government plans to sharply increase core defense spending (to 2 percent from 1 percent), a great deal of which is intended for modernization. The JSDF is more and more active in joint military exercises, most recently having accepted an invitation to participate alongside the U.S. and Australia in the Garuda Shield drills hosted by Indonesia.

Japan’s Growing Role in the Indo-Pacific