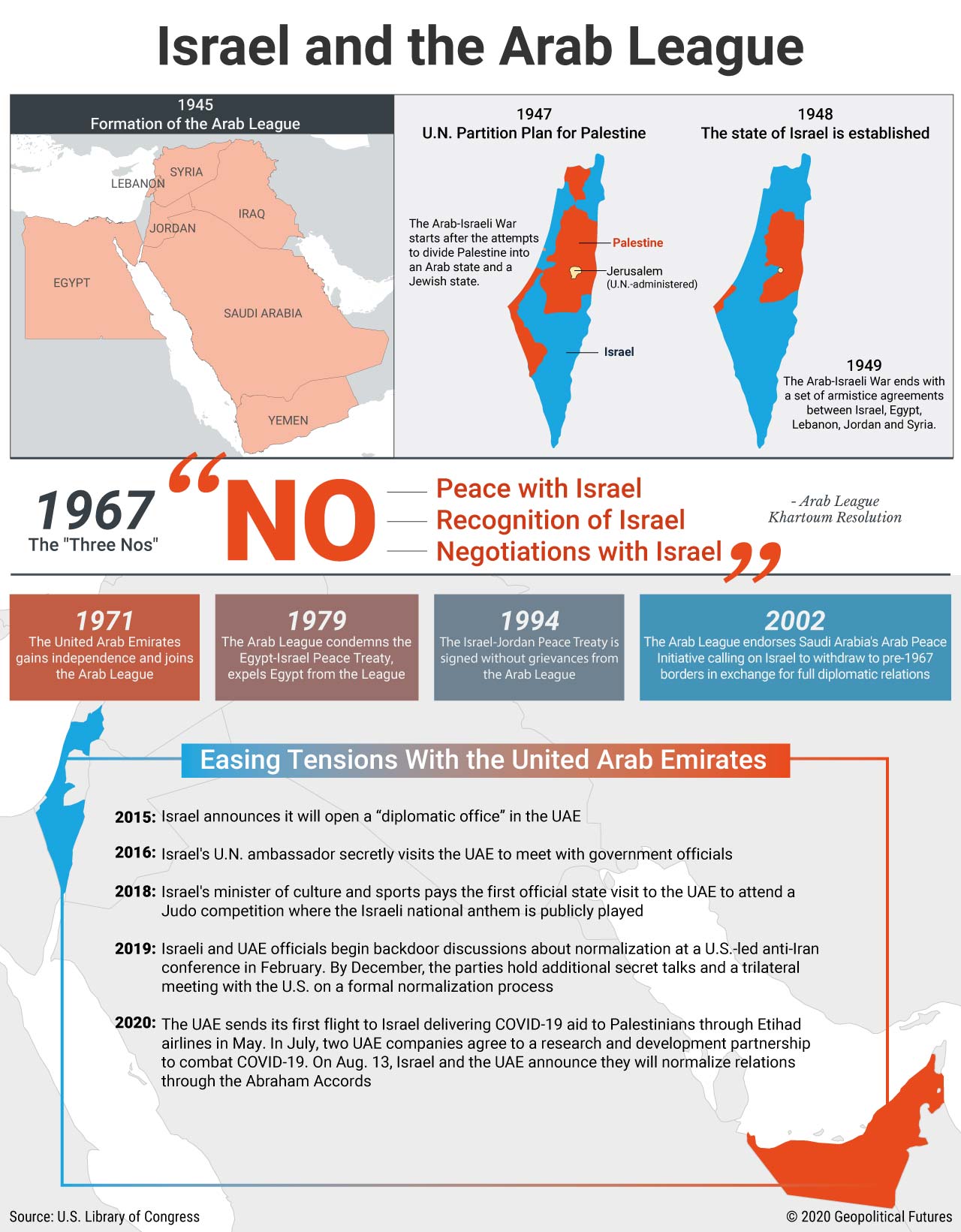 When the United Arab Emirates normalized relations with Israel earlier this month, it broke with decades of precedent. Since the establishment of the state of Israel in 1948, the Arab League – particularly its Gulf members – has maintained a hard line against Israel. This position was solidified when, at the conclusion of the 1967 Six-Day War, the Arab League issued the Khartoum Resolution, which stated that its members refused to establish peace with Israel, or even to recognize or carry out negotiations with it.

When the UAE gained independence in 1971 and joined the Arab League, it also adopted a hard-line stance on Israel. But following the 9/11 attacks, the emergence of the Iranian threat, and the UAE’s establishment of closer ties with the U.S., the country began planting seeds for normalized relations with Israel. The two countries engaged in intelligence sharing, backdoor talks and reportedly even weapons sales in their fight against terrorist organizations and Iran-backed groups that threatened their interests in the Middle East. They announced their diplomatic breakthrough on Aug. 13 and said they would continue to build more ties. They plan to deepen cooperation on trade, defense, investments, COVID-19 and an Israeli-Palestinian peace deal.