Elections normally don’t interest us at Geopolitical Futures. The passage of personalities who preside over the realities of a nation does not usually affect our work. But there are times when electoral politics reveals something of the underlying reality of a nation. That is the case in Israel now. It is at a juncture where the nation is so divided on issues so fundamental to the nature of Israel that the normal political process has frozen and a crisis that can affect the entire region is being revealed.

The crisis revolves around two questions: What does it mean to live in Israel, and what does it mean to be an Israeli? Such questions are common in nations, particularly invented ones, like the United States or Israel. The American regime was invented by the founders, and inevitably, it failed to answer crucial questions, particularly around the issue of whether the states were governed by the federal government or were self-governing. This was tied to the question of whether the principles of the Declaration of Independence, particularly the claim that all men are created equal, are fundamental to American life. Even this was a flawed settlement that haunts the United States to this day. The debate was settled at Gettysburg and other small towns during the Civil War, which left over 600,000 dead.

In Israel’s case, it could claim continuity for 2,000 years, and it could claim that Israel was at the center of Jewish life. But the Israel that was created by its founders was invented. Between ancient Israel and the state that was created in 1948, vast swathes of history took place, and the Jews, scattered among many nations, were part of that sweep. The Israel that was founded in the 20th century was a republic, not a kingdom ruled by the line of David. It was a Jewish republic, but that in itself was an invention.

The question of what Israel was and what it meant to be an Israeli has never been settled. Even the question of who can claim to be a Jew is in dispute. Whether someone can become a Jew and then claim the right of return and the right to be an Israeli citizen is a battlefield in Israeli politics. One faction, the Orthodox, claim the sole authority to conversion – but there are several schools of Judaism, so the Orthodox claim creates inevitable friction with other groups.

The Orthodox argue that Israel should not be an ordinary liberal democracy built around secularism, and that it must draw its laws from traditional sources: the Torah, Talmud, Midrash and others. These books are not only complex but subject to controversy, even among the Orthodox, who have had several millennia in which to debate the issues. But the Orthodox argue that Israel today is the Israel that fell to the Romans, resurrected. That Israel was governed by the laws of the book and the learned who interpreted its meaning.

Israel’s founders, however, were not Orthodox; they were deeply secular, and their political debates revolved around the issues of their time: socialism, liberalism and so on. Their dream was to be a nation like any other, to be the Jewish incarnation of the French Revolution. Vladimir Jabotinsky, the intellectual father of Menachem Begin and Benjamin Netanyahu, once said that he dreamt of a day when Jewish criminals were arrested by Jewish policemen. It is a banal statement, but it reveals the heart of the Zionist project. Unlike the Orthodox, who saw themselves as a light unto the nations, the Zionists, David Ben-Gurion and Begin saw something that was far more precious to them than the Orthodox vision. They wanted a place where Jews could be safe and govern themselves, to be criminals or policemen as they willed, one nation among many. For them, modern Jewishness was forged by the oppression of the diaspora, and redemption was a place they could simply be men and women.

These were two radically different visions of Israel. Initially, the most extreme of the Orthodox Jews opposed the creation of Israel, claiming that it could be resurrected only by the coming of the Messiah and that any attempt to do so by ordinary men and women was apostasy. This was of course an extreme view and did not represent a broad spectrum, but the idea that Orthodoxy ought to define what Israel was became an ever-present theme. For example, whereas all Israelis are subject to military service, students at yeshivas are exempted because of the Orthodox claim that the study of the sacred texts is a duty essential to the state of Israel. But the Orthodox made more claims – including, for example, that certain activities should be limited on the Sabbath – as the faithful in all religions do, dictating what was proper and improper behavior and attempting to make it a matter of law.

Benjamin Netanyahu comes from the tendency in Zionism that was as secular as the socialists but that was inclined to support relatively free markets and, above all, a vigorous and, if necessary, aggressive treatment of Israel’s enemies. The difference was that the left assumed that there could be a political settlement with neighboring states, while the right assumed that this was unlikely and could be attained only through a crushing defeat. Both shared the idea of Israel as a state at or near war, but one thought this condition permanent, and the other was trying to craft a solution. 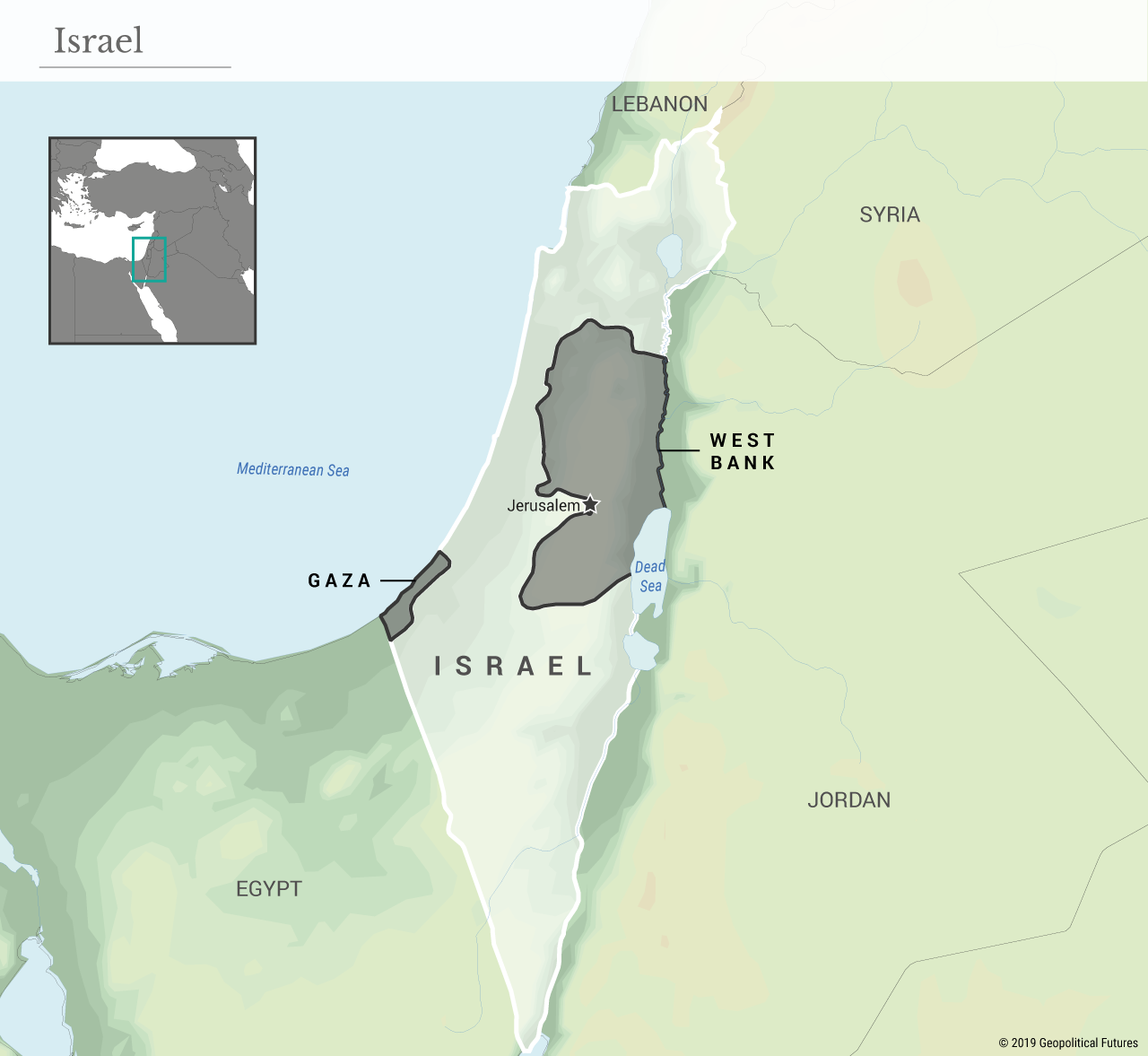 The Orthodox had political power. The Israeli political system encouraged the formation of small and idiosyncratic parties, which meant that no one party could win a majority in parliament and all governments were formed through negotiation. The result was that the religious parties, of which there were several, were uniquely positioned when it was time to form a government. They always had some role in coalitions, but with Netanyahu becoming more assertive and alienating other parties, the religious became a majority.

All of this was complicated by the decline and fall of the Soviet Union. In the 1980s, a trickle of Jews arriving in Israel from Russia turned into a torrent. The Russian Jews were almost completely secular. They were Jews because the Soviet regime treated them as a separate nationality. They became the wild card in the Israeli system. For a long time, they did not settle in, but they were a massive force and they took two positions. First, they readily accepted that the Arabs posed a danger and supported an aggressive policy against them. At the same time, they were by nature secular and had little respect for the Orthodox Jews.

The Russians and the Orthodox became over time the foundation of Netanyahu’s coalition. But the tension between the Orthodox parties and parties dominated by the Russians grew intense. The Orthodox were far more interested in their issues than in a range of other issues confronting Israel. They felt, of course, unease with the Palestinian presence in Israel, as well as the secular presence. But what they prioritized most was extending Jewish traditional law to all aspects of society. The Russians were also hostile to the Palestinians, but they wanted to be left alone by the Orthodox.

This led to a second identity crisis. The Israeli parliament had Palestinian members. Israel had from the beginning considered itself the Jewish homeland, but Netanyahu hoped to appease the Russians and the Orthodox by formalizing this concept and effectively making Judaism the official religion. That raised a question: What would then be the status of Israeli Palestinians, some of whom were Muslim and some of whom were Christian? Secularism meant accepting the idea of religious diversity, even though Israel was regarded as a Jewish homeland. This problem had been finessed by arguing that Israel was a place where all Jews and people of other faiths were welcomed. The proposal to formally render non-Jews outsiders was in a way logical, but subtly changed the meaning of Israel.

Two intense cross-currents, always present but contained, tore through the system. The question of the relationship between secularism and Orthodoxy was brought to a head by the Russians, who were not the only opponents of Orthodox Jews’ power, but gave these opponents electoral weight. At the same time, the logic of Orthodoxy and the exclusion of non-Jews from full membership in the country compounded a problem that had been evaded at Israel’s founding. What precisely was Israel? Was it simply another liberal democracy that happened to have a large number of Jews living there? Or was it the homeland of the Jews, inherently religious and therefore something that ought to be governed by Jewish religious law. This long-simmering identity crisis has now led to an urgent political crisis in which the electorate is so fragmented that forming a government after two elections has proved impossible.

Religion as a Private Matter?

It is easy to dismiss this as an idiosyncratic Israeli problem, but it is one that faces all countries. Europe is filled with Christian Democratic parties, including one governing Germany. What exactly does that term mean? In some parts of the United States, there is a serious argument that the country derived its principles from Protestantism, and that the separation of church and state falsifies American history and runs counter to the American intent.

The secularism that arose in Euro-American civilization made religion a private matter. It also made national self-determination a fundamental principle. What happens when the cross-currents of religion as a private matter and the right of citizens to determine the nation’s fate collide? Constitutions are meant to be bulwarks against this but constitutions can be interpreted in many ways.

In the Islamic world, the claims of the religious over the secular are powerful, as they are in some parts of the United States. In other parts, the power of secularism is overwhelming. The case of Israel is worth noting because both the secular and religious are powerful, and when the modern Israeli state was invented, they left the question ambiguous. The matter has not been settled, and it is in different ways the fault line of the Euro-American and Islamic worlds. Israel as a new state, one that left open what it meant to be a Jewish state, is experiencing this new wave of tensions.