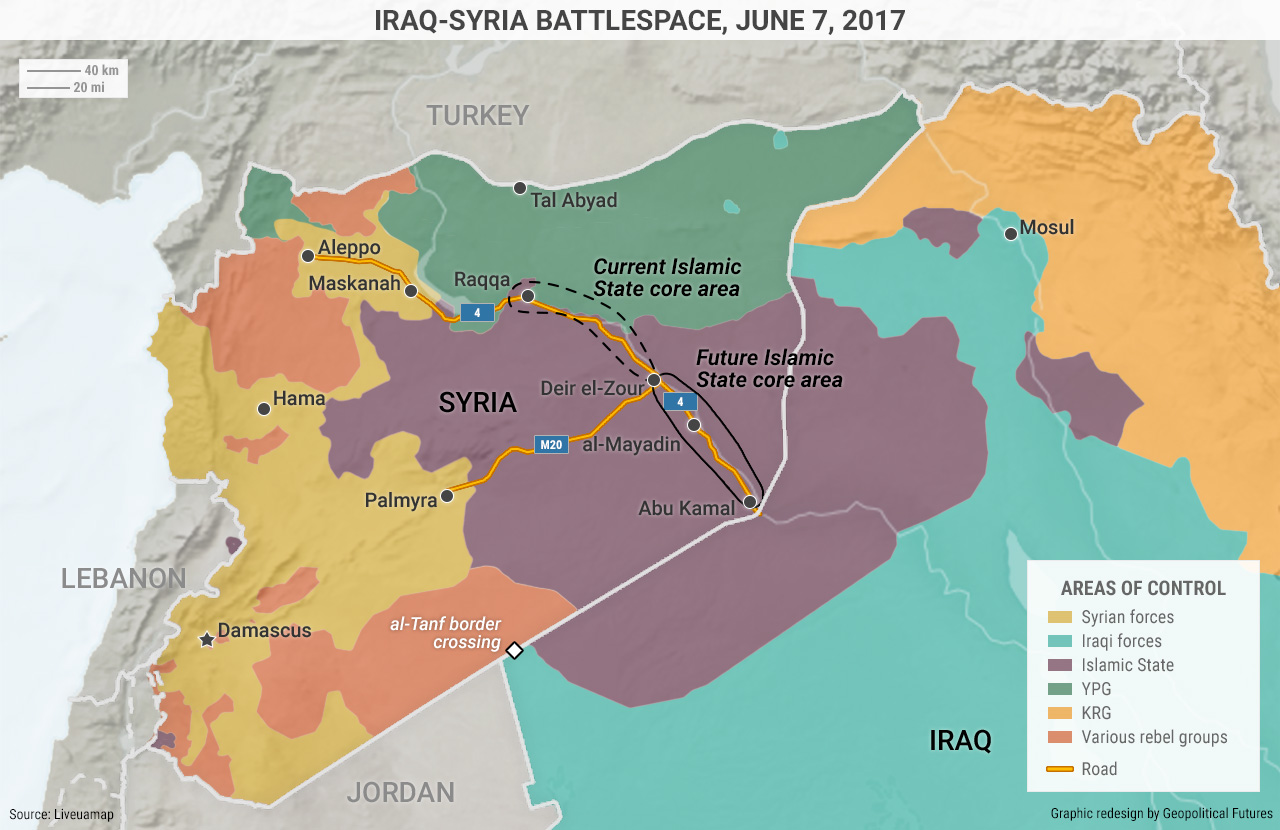 In December 2015, GPF published a detailed study of the Islamic State as a territorial entity, not as a terrorist group or ideological movement. The geographic core of the Islamic State was identified as a thin but heavily populated area on both sides of the Euphrates River, extending from Raqqa to the city of Deir el-Zour. Defense of this core was the Islamic State’s primary geopolitical imperative.

The Islamic State is in danger of losing control of this territory. GPF’s report identified four main avenues of approach toward the Islamic State’s core territory. U.S.-backed Syrian Kurds chose the fourth approach, moving south from Tal Abyad for a frontal assault on the IS capital. The Syrian Democratic Forces gathered to the north, east and west of Raqqa, though highway 4, which leads from the city’s southeast directly to Deir el-Zour, remains open to IS forces.

By itself, the SDF probably could not take Raqqa – at least not without immense difficulty. But Russian-backed Assad forces are also advancing on the city from the northwest, west and southwest. The combination of the two forces threatens to complete the encirclement of Raqqa and cut it off from the rest of IS territory.

The Syrian army took Maskanah on June 4 and has stayed on the offensive, taking two villages in Raqqa province. On June 6, the Syrian army forced IS to retreat from areas in the eastern part of Hama province. And for the past few weeks, Syrian army forces have slowly been making their way up the M20 highway, which runs east from Palmyra toward Deir el-Zour. These forces have advanced about 20 miles in the past month, but they are still roughly 100 miles from Deir el-Zour.