With less than two months to go before the United Kingdom is supposed to leave the European Union, the Irish border issue remains unresolved. The Republic of Ireland and the EU have been adamant that there cannot be a border separating the Irish Republic from Northern Ireland. Instead, they have proposed the so-called backstop, which would effectively keep Northern Ireland in the EU’s single market, while both Northern Ireland and Britain would remain in a customs union with the EU “unless and until” they reach a deal that removes the need for the backstop. Northern Ireland’s Democratic Unionist Party has fiercely opposed the idea and any other solution that would treat Northern Ireland differently from Britain.

Calls to hold a vote over what to do with the Irish border have gained momentum. Last weekend, Mary Lou McDonald, head of the Republic of Ireland’s nationalist Sinn Fein party, called for Northern Ireland to begin preparing for a border poll. The DUP has rejected the idea, referring to McDonald’s suggestion as “nothing but stunt politics.” It remains to be seen whether the politicians or the people will be the ones to make the final decision. 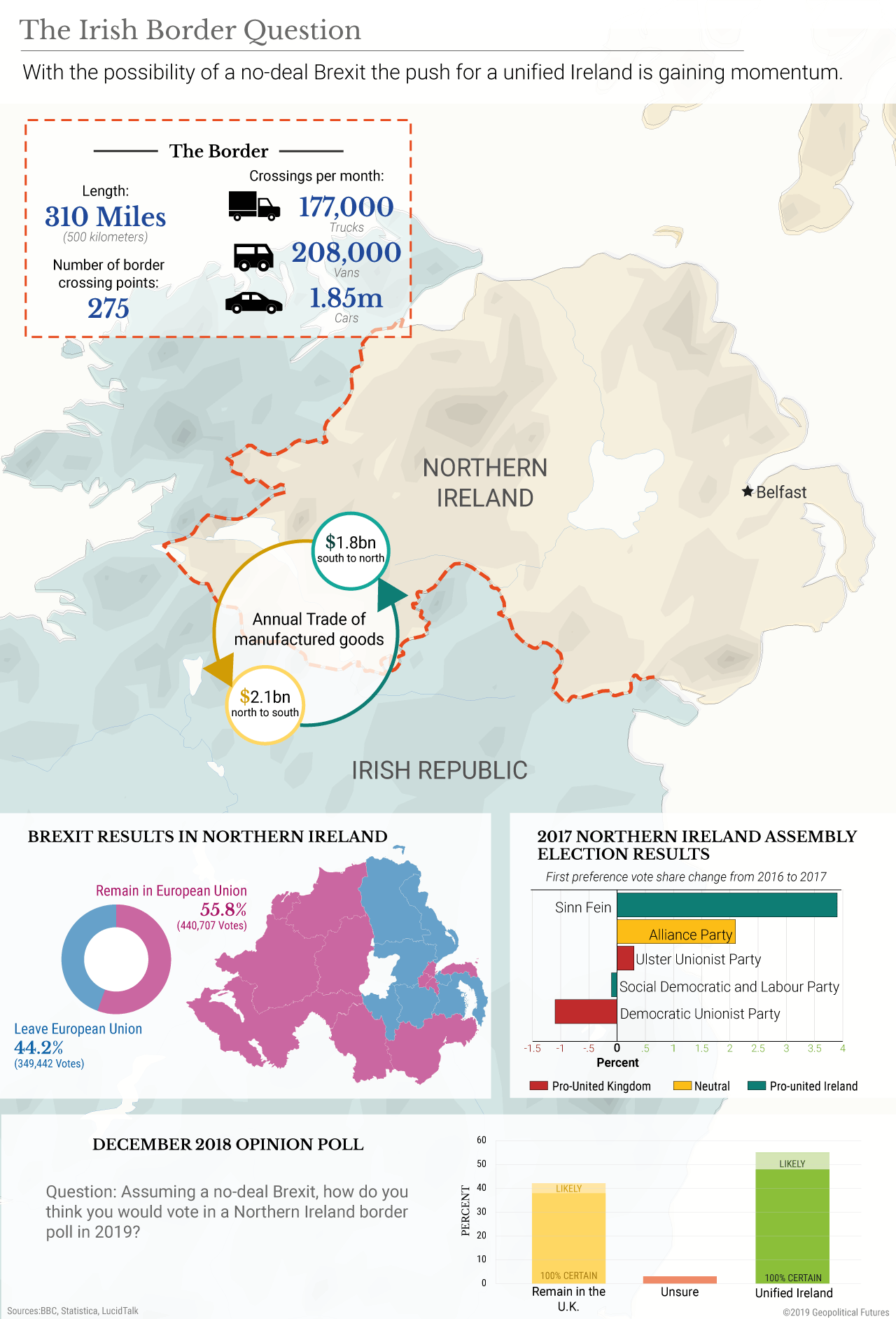 Daily Memo: Venezuela on the Brink, the US and South Korea...