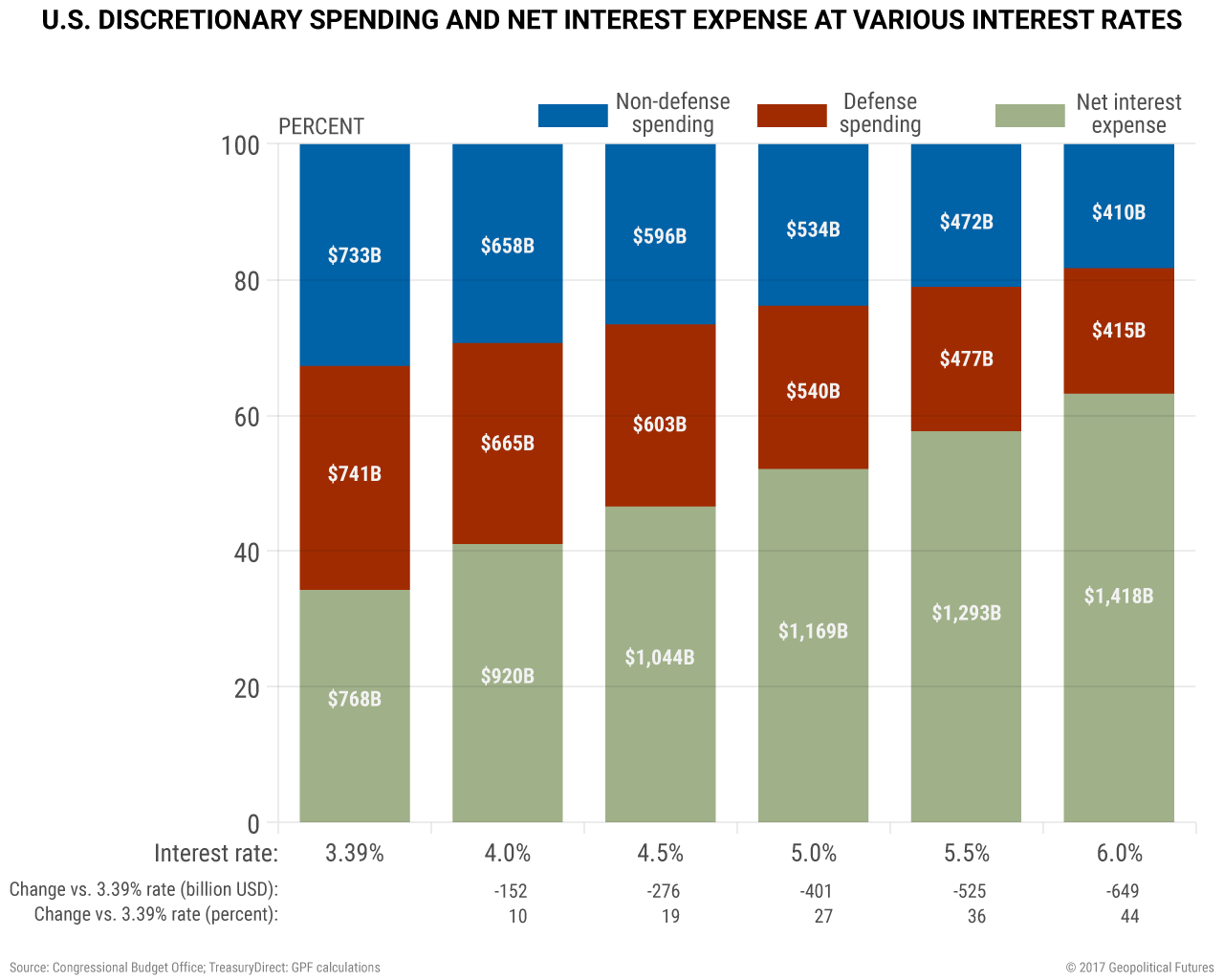 An increase in expected interest rates can force cuts in the defense budget, which would impact the United States’ ability to project power. A significant reduction in defense spending would be unacceptable for the U.S. since it maintains its core strategic interests via overwhelming military strength.

Regardless of the domestic political environment, the government would find a solution that increases revenues since rising interest expense (and therefore reduced discretionary spending) would be a security concern. To find out more about the potential ramifications of U.S. debt, read our recent Deep Dive.

Daily Memo: False Hope Over the Coronavirus, US Defense Budget

The Problem with the State Department Dissenters