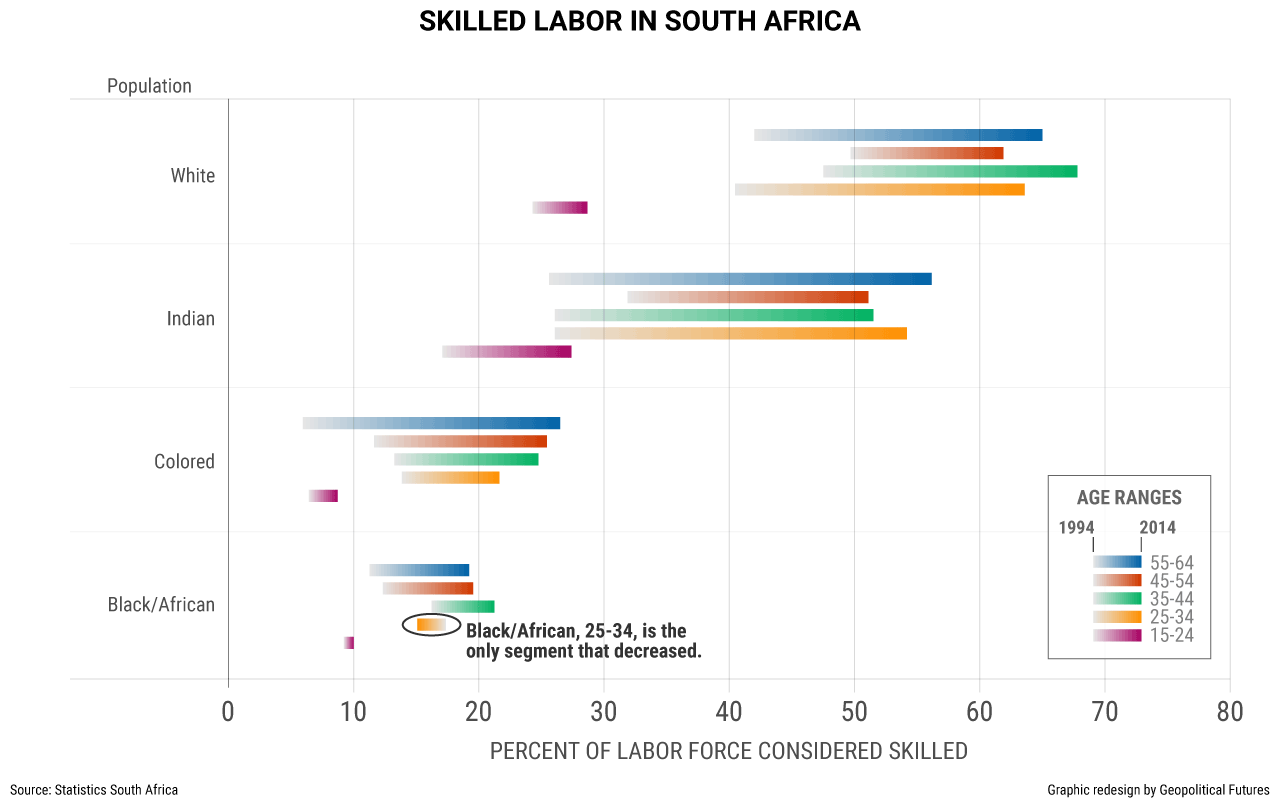 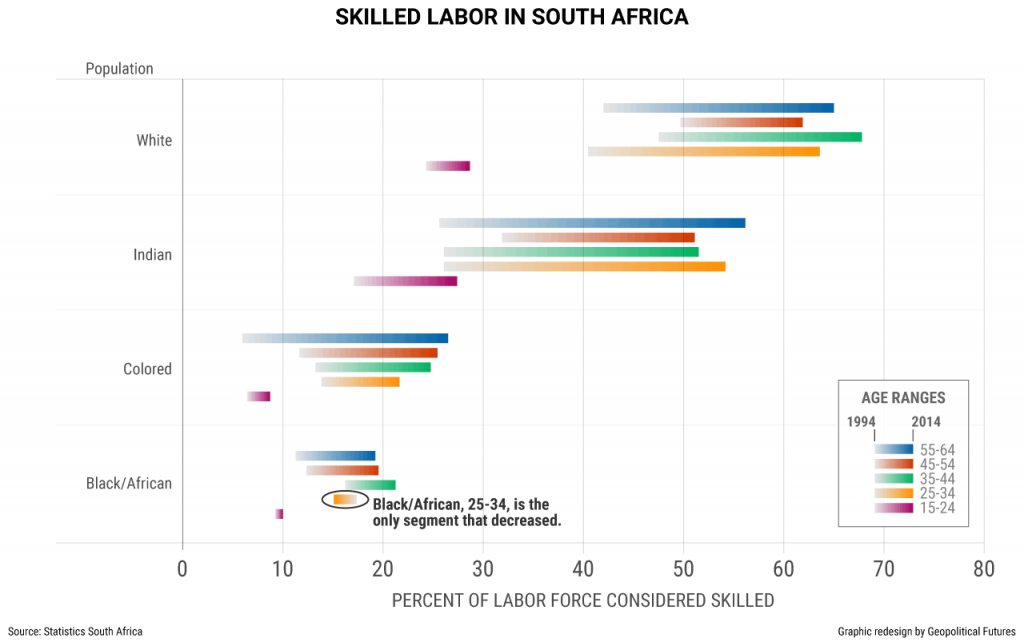 South Africa has serious issues with inequality that have their roots buried deep in the country’s history. Wealth inequality, a holdover from the apartheid era, persists along largely the same racial lines as it did before Nelson Mandela became president. Access to education remains limited for South Africa’s black citizens, which affects not only economic growth but also the distribution of that growth among the population. Health care is not widely available, which results in a lower life expectancy for blacks than for whites. Access to basic services, such as water and electricity, has improved since the end of apartheid, but many people still live in isolated areas where jobs are far away, and the lack of transportation infrastructure makes them even harder to reach.

To overcome these issues, South Africa has two basic options: forcibly redistribute wealth or try to generate equitable economic activity and grow out of the problem. Wealth distribution is highly unlikely, not just because the constitution prohibits it but also because the inevitable backlash discourages it.

The second option, generating wealth among the poor, is easier said than done. Wealth generation among the non-wealthy requires a productive economy that employs most of the country’s population, which itself requires that population to have marketable skills. This is not the case in South Africa. The legacy of institutionalized racial segregation persists, creating a society that still encounters unequal access to opportunity decades after the formal end of apartheid.

It may be that the end of the Zuma administration marks the beginning of a new era of change in South Africa – but probably not. Deep, historically rooted obstacles will continue to hinder the country’s rise, regardless of the rectitude of its leader. 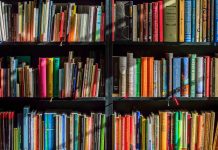 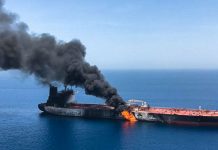 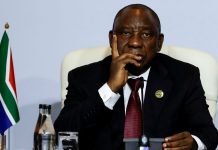