Sign in
Login
Subscribe
Subscribe
Sign in
Welcome! Log into your account
Forgot your password? Get help
Create an account
Privacy Policy
Create an account
Welcome! Register for an account
A password will be e-mailed to you.
Privacy Policy
Password recovery
Recover your password
A password will be e-mailed to you.
Home Analysis India Rising
India’s days as a fairly quiet giant on the world stage are coming to an end. For much of the 21st century, India has punched well below its weight in international affairs. It is the seventh-largest country in the world by area and has the second-largest population, with nearly 1.38 billion inhabitants. Considering its younger demographics, it’s on pace to soon surpass China as the largest country in the world by population. Its economy has steadily climbed in the global ranks over the past two decades and now stands as the fifth-largest. It’s a major energy consumer, and its naval potential could affect China’s power projection capabilities. But the country has so far been unable to drive global events or influence the actions of global players like the United States, Germany, Russia and China to any substantial degree. This appears to be changing, however. The global center of gravity, both militarily and economically, is shifting from the Middle East to the Indo-Pacific, bringing India front and center in world affairs. Considering that this comes at a time when India’s relative power is increasing, it appears that the country is set to earn a more prominent role in the international system. […] 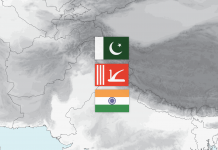 India and Pakistan’s Tug of War Over Kashmir