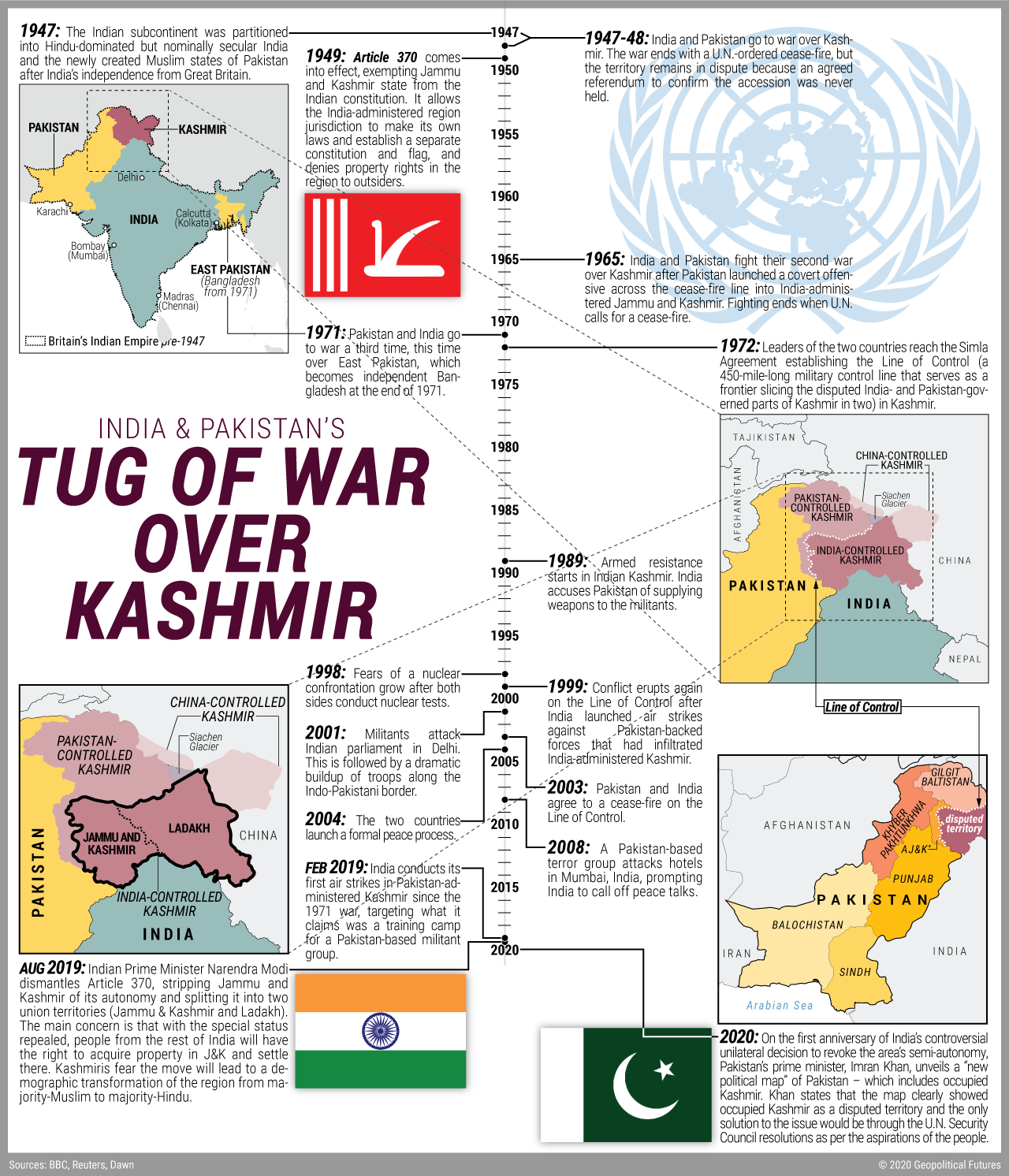 India-Pakistan tensions over Kashmir stretch back to partition in 1948. In many ways, the historical pattern shows an evolution toward a “frozen” conflict, with low-scale skirmishes common on either side of the de facto border, known as the Line of Control, but major outbreaks of violence relatively few and far between.

When Pakistan went nuclear in the late 1990s (India achieved nuclear status in the 1970s), it created a hard cap on escalation with conventional military forces, particularly since India has little faith in Pakistan’s command and control over its nuclear forces. But India believes Pakistan has taken advantage of New Delhi’s relative caution, increasing support for cross-border militancy comfortable in the belief that any punitive response from India would be limited. This was a core motivation behind India’s airstrikes in early 2019 targeting what New Delhi claimed was a training camp run by a militant group known as Jaish-e-Mohammed, which India blamed for attacking a military convoy two weeks earlier. The strike was believed to mark the first time since 1971 that warplanes from either country crossed the Line of Control.

India’s strikes are widely believed to have missed their targets, but that misses the bigger point. The main purpose of the move was to warn Pakistan that it shouldn’t assume that New Delhi won’t retaliate more forcefully against Pakistani support for militant attacks. But the fact of the matter remains: The risk of nuclear escalation is real, and fear of such a scenario will continue to limit both sides’ options. As a result, India is focusing primarily on tightening control over the parts of Kashmir it administers, even if this lockdown itself risks fanning the flames of homegrown militancy.