Sign in
Try FREE for a Month!
Sign in
Welcome! Log into your account
Forgot your password? Get help
Create an account
Privacy Policy
Create an account
Welcome! Register for an account
A password will be e-mailed to you.
Privacy Policy
Password recovery
Recover your password
A password will be e-mailed to you.
Home Analysis In Morocco, Broken Promises and Bleak Prospects
Morocco is a unique country in the Middle East and North Africa region. Having been conquered by the Umayyad Caliphate in the early eighth century, it is the oldest and most established Arab country. It is also the only Arabic-speaking territory that the Ottomans failed to conquer. In 1558, the Saadi Arab dynasty, which ruled Morocco for roughly 100 years, stopped the Ottomans in the Battle of Wadi al-Laban and forced them to retreat to Algiers. Hailing from Hejaz in Arabia and claiming to be a descendent of the Prophet Muhammad, Mulay al-Rashid founded in 1666 the Alaouite dynasty, which continues to rule Morocco today. Though it became a French protectorate in 1912, Morocco gained independence in 1956, giving its people hope that it would adopt a democratic system and begin on a path toward economic development that would benefit all Moroccans. However, the country failed to make the necessary changes, and its prospects for growth now look bleak. Turbulent Start In 1957, Sultan Mohammed V declared himself king of Morocco. He died in 1961 and was succeeded by his son, Crown Prince Hassan II, whose turbulent reign lasted 38 years. Two years after he took over the throne, Morocco […] 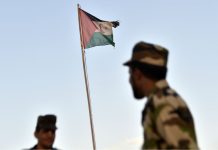 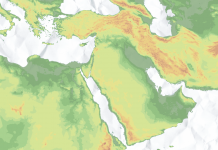 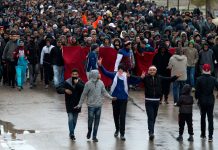