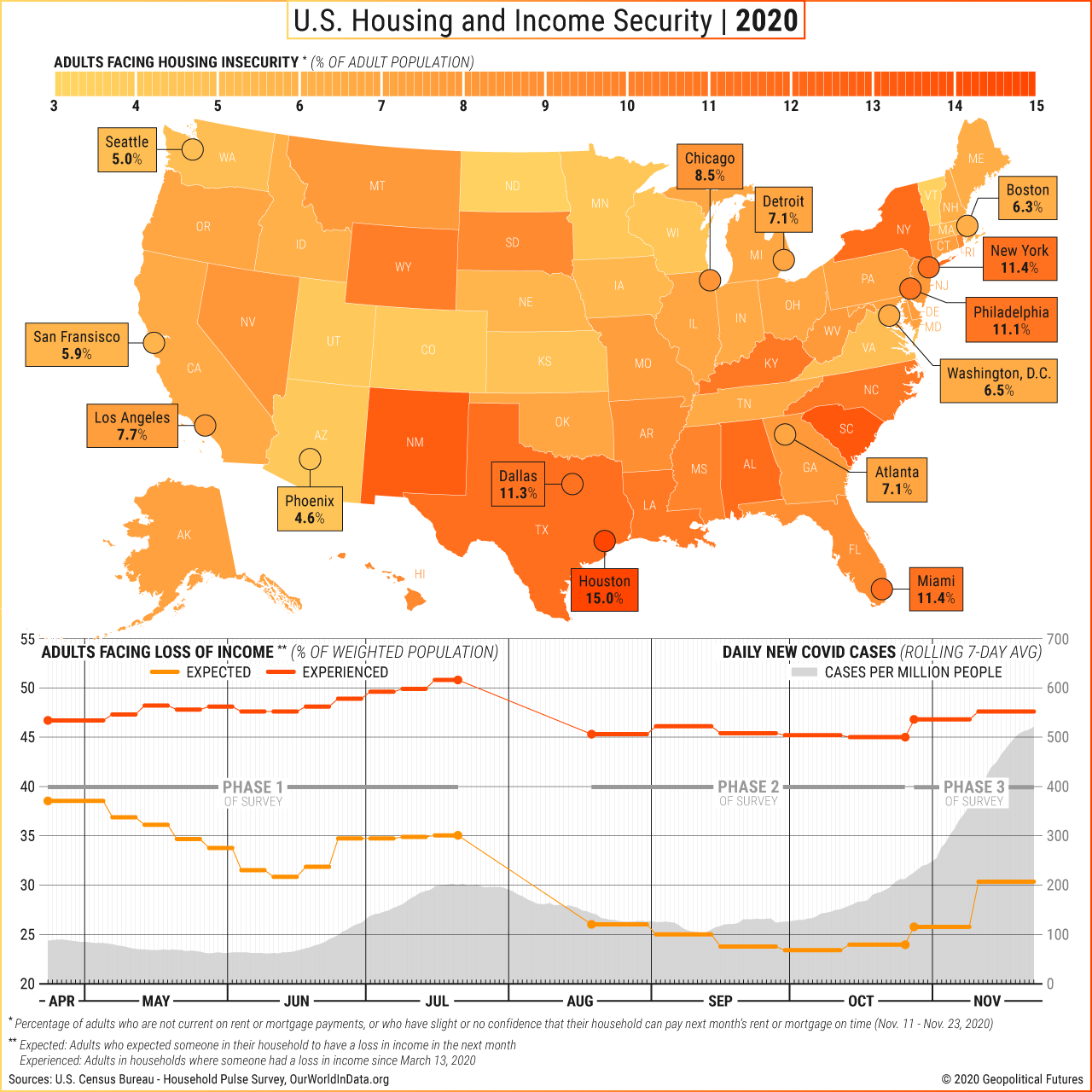 Since late April, the U.S. Census Bureau has been doing a so-called Household Pulse Survey, which regularly collects data from U.S. households to get a sense of the social and economic impact of the pandemic. The survey asks about opinions and experiences with respect to a range of issues: education, employment, food security, housing security, medical access, mental health, transportation and other spending behaviors. Housing security is especially important right now, given that the federal eviction moratorium is due to expire at the end of the year.

A central issue of 2021 will be the economic recovery. Western governments are beginning to roll out COVID-19 vaccines, but distribution will take several months even under the best conditions. Governments still face the challenge of propping up businesses and households in the meantime. The U.S. government is studying plans for more than $900 billion in new relief, with approximately $25 billion set aside for emergency rental assistance. (Estimates of overdue rent range from $13 billion to $24 billion.) The eviction moratorium also could be extended for another three months. The map above shows what’s at stake. An agreement on relief is likely, because failing to pass a relief bill and avoid evictions on such a scale nationwide would severely hamper the U.S. economy’s ability to recover in the medium term.

Nuclear Weapons Around the World