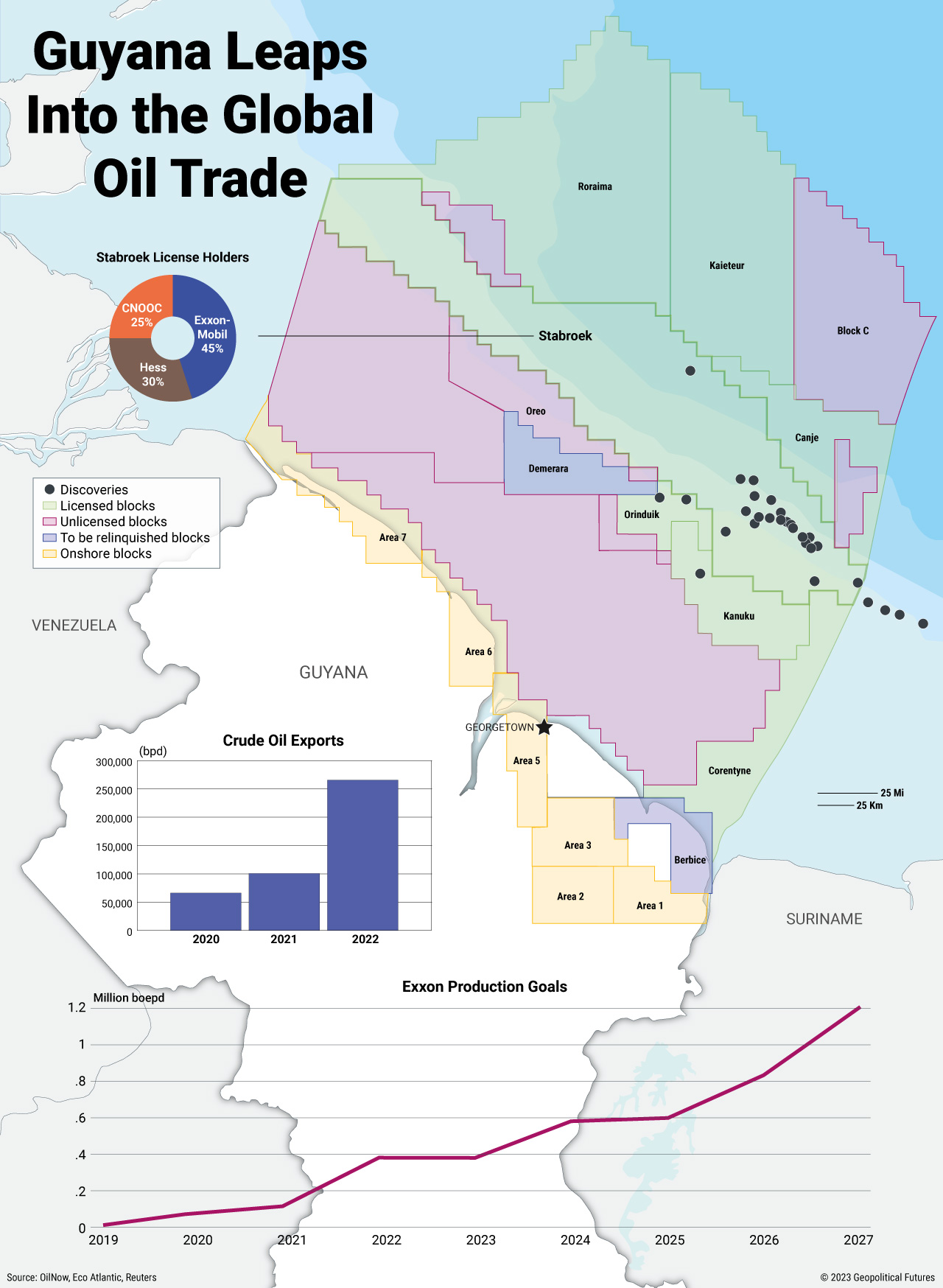 By 2035, the world’s fourth-largest offshore oil producer could be a South American country with fewer than 1 million people. According to Norway’s Rystad Energy, Guyana – with proven reserves of 11 billion barrels of oil equivalent – will surpass the U.S., Norway and Mexico in offshore production in the coming years. Only Saudi Arabia, Brazil and the United Arab Emirates will produce more oil. Already in 2022, Guyana more than doubled its crude exports to approximately 225,000 barrels per day from just over 100,000 bpd, according to Refinitiv data.

The production outlook is bright. With Russia under Western sanctions, European demand is surging for light sweet crudes. Guyana does not yet export natural gas but plans to start, setting itself a target of 50 million cubic feet (1.4 million cubic meters) per day. Moreover, the country has a low breakeven price, high-quality oil and a production-sharing deal with Exxon. It will open bids for three deep-water and 11 shallow-water blocks in April. President Irfaan Ali invited Chinese and Indian investors to consider participating.