In early July, the Moscow Election Commission denied the requests of several opposition politicians to register as candidates for the Moscow city council elections, which are scheduled to take place Sept. 8. Protesters took to the streets beginning July 14, but considering the state of the economy and politics in Russia, they have more than just local elections to protest. The opposition has stated that it will continue to hold marches each Saturday, with the next scheduled for Aug. 3. The Kremlin will likely continue responding as it has been – with force. 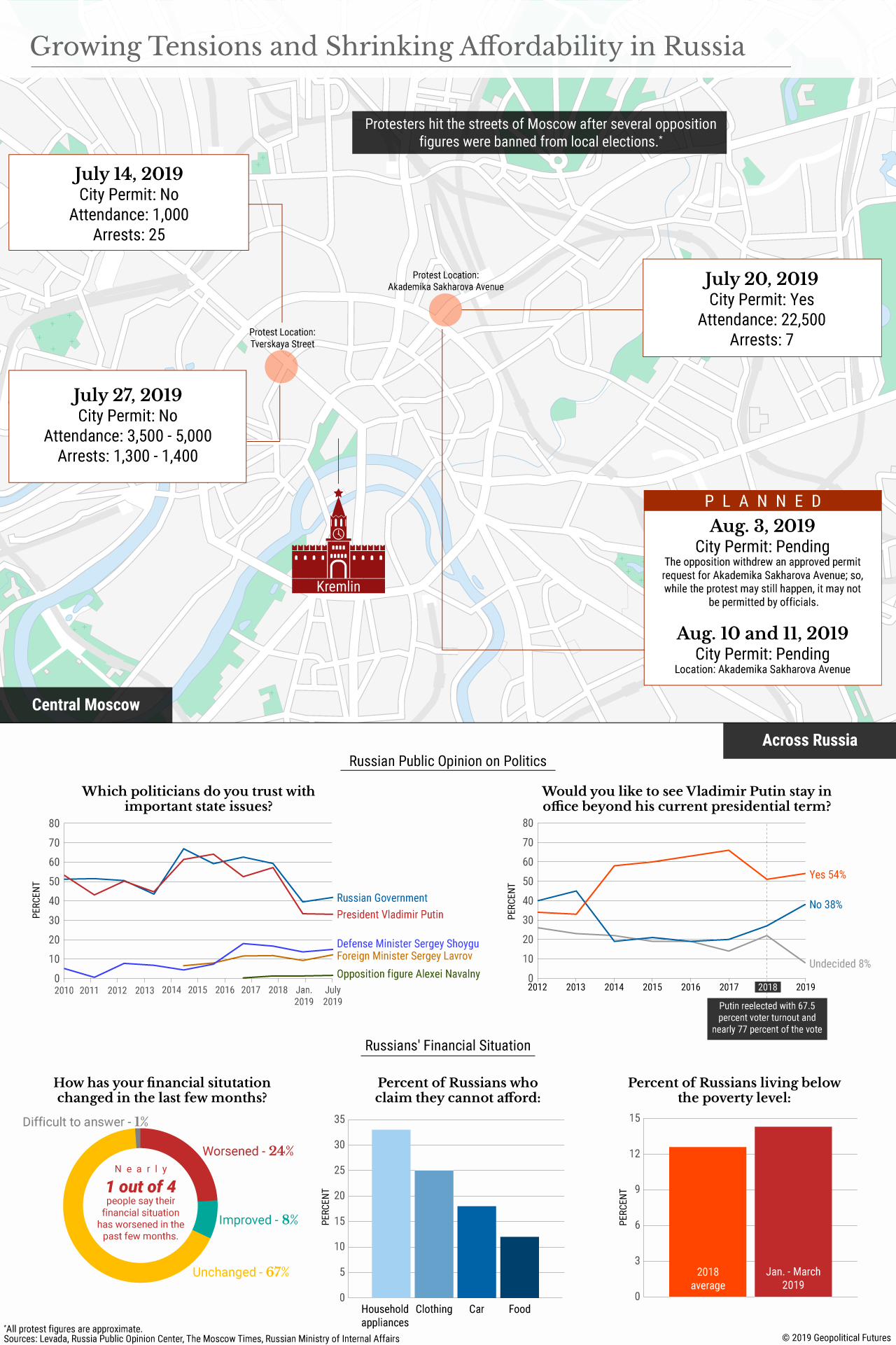