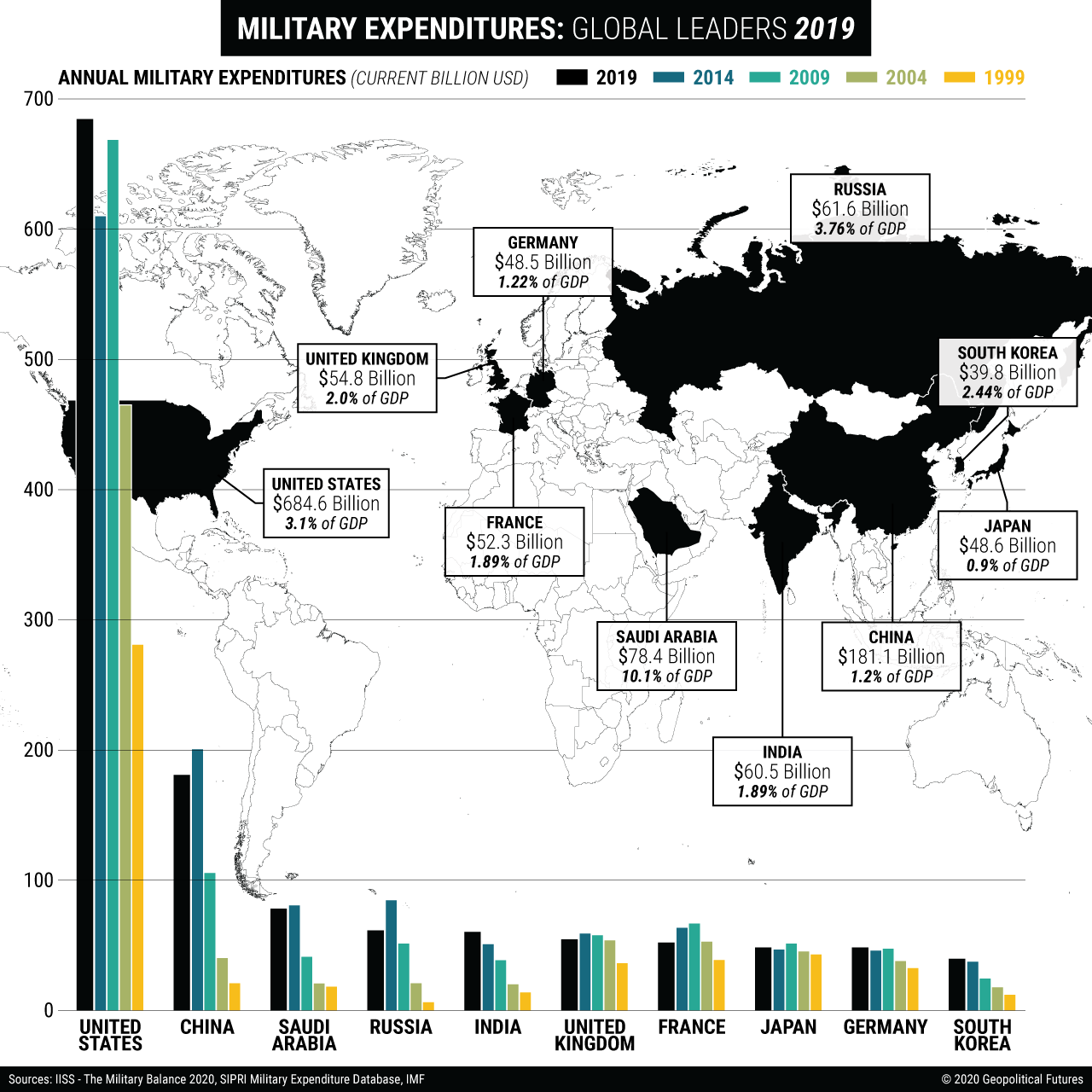 Earlier this month, the International Institute of Strategic Studies published its latest edition of the Military Balance – an indispensable annual snapshot of global defense spending, arms and troop buildups, and deployments far and wide. We thought this made for a fine time to dust off some of our old copies of the report and see what trend lines have emerged over the past two decades. Defense spending was a good place to start.

The most obvious thing that jumps out in any report about global military outlays is the truly staggering gap between the U.S. and everyone else. This speaks to the United States’ economic power and, even if to a diminishing extent, its willingness to take on the lion’s share of responsibility for maintaining global stability. It also underscores the fact that the U.S. remains the world’s sole naval superpower. (Warships are really, really expensive to build.)

But the data also shows how the U.S. isn’t immune to political and economic constraints on military spending, as illustrated by the sharp drop in spending that occurred after 2009 as the U.S. was grappling with the fallout of the 2008 financial crisis. Over this same time, by comparison, Russian and Chinese defense spending soared. Meanwhile, if Japan and India are truly going to reach their potential as dominant regional powers, they have yet to prove capable of coming up with the budgets needed to do it. Nonetheless, the steady growth in spending in India, at least, as well as South Korea, reflects an increasing awareness in both countries that it’s become a pretty bad idea to assume that the U.S. will be willing or capable to deliver global security on its own indefinitely.

It’s worth noting that military spending figures only tell us so much. For example, a hefty share of spending by most of these militaries goes to personnel costs. To be sure, manpower is a source of military power. But in advanced, high-wage economies with expensive healthcare and pension systems, personnel costs can be enormous while telling us little about a country’s actual ability to wage war.