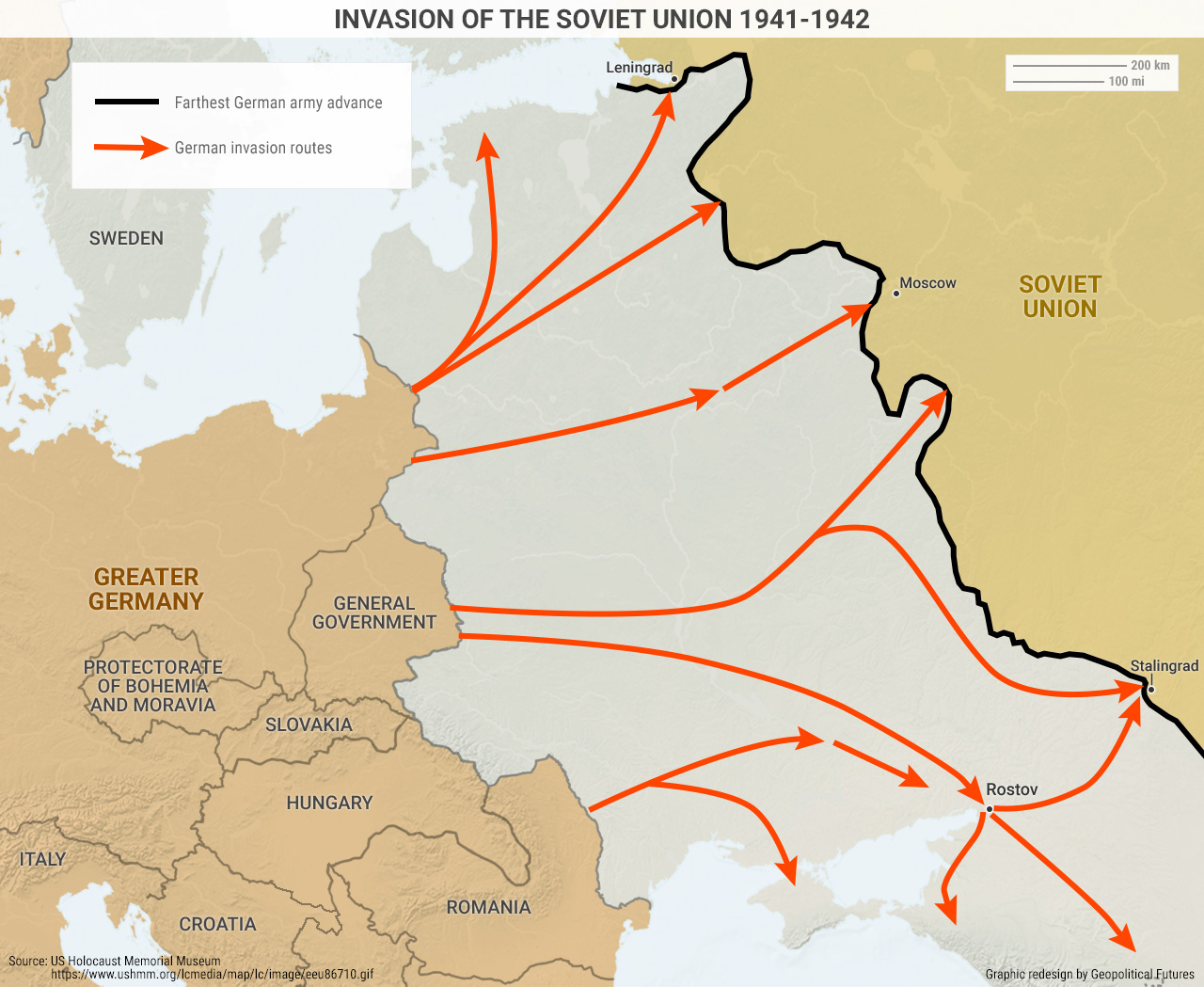 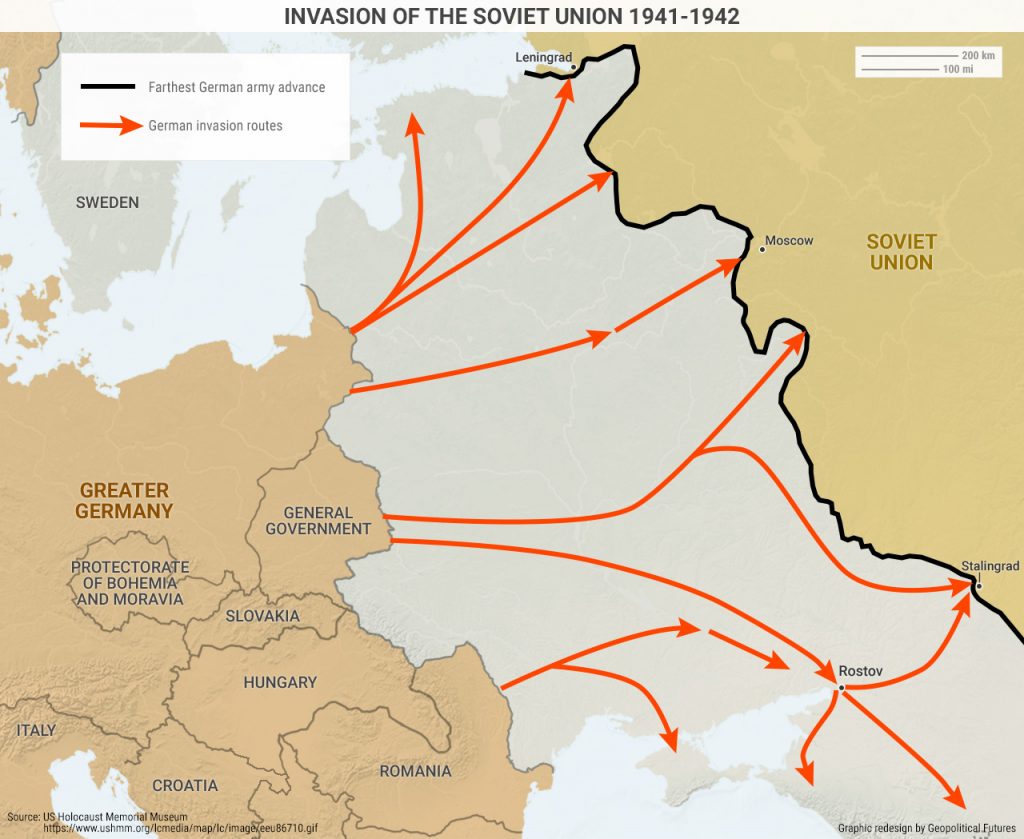 But the Germans made a critical error even before the invasion began. Barbarossa was a three-pronged attack. One prong was into the Baltic states and then toward Leningrad (modern-day St. Petersburg), the second was toward Moscow, and the third was into the south, designed to capture Ukraine and then the Caucasus. Formulating the plan in this way violated one of the principles of warfare, one sacred to the German high command: the concentration of forces. By dividing their forces, none of the Germans’ goals were achieved. Leningrad held out in spite of Germany’s blockade, the Germans were stopped just outside of Moscow, and the southern thrust wasn’t set up to succeed.

The Germans’ blunder was rooted in an intelligence failure. The Abwehr, Germany’s military intelligence, severely underestimated the size of Soviet reserves. Based on those estimates, German high command mistakenly believed it didn’t need to concentrate its forces. The Germans envisioned an initial battle of encirclement to capture Soviet armies, followed by an advance against feeble reserves, ending in victory well before the end of winter 1941.

This intelligence failure cost the Germans a victory that year. They might have knocked the Soviet Union out if they had taken Moscow, but that’s unclear. Leningrad was a strategic sideshow. But the war could certainly have been won in the south. And the crucial battle in the south was at Stalingrad.

Modern wars and economies run on oil, and the Soviets’ major source of oil was Baku, in Azerbaijan. The city had been Europe’s first major source of oil. Had the Germans focused their entire invasion on the south and captured the land bridge between the Volga and the Don rivers, Baku’s oil wouldn’t have been able to flow to Soviet factories, and no amount of lend-lease could have made up for it. But because of their faulty intelligence, the Germans felt as though they could have all three goals in 1941. They were wrong.