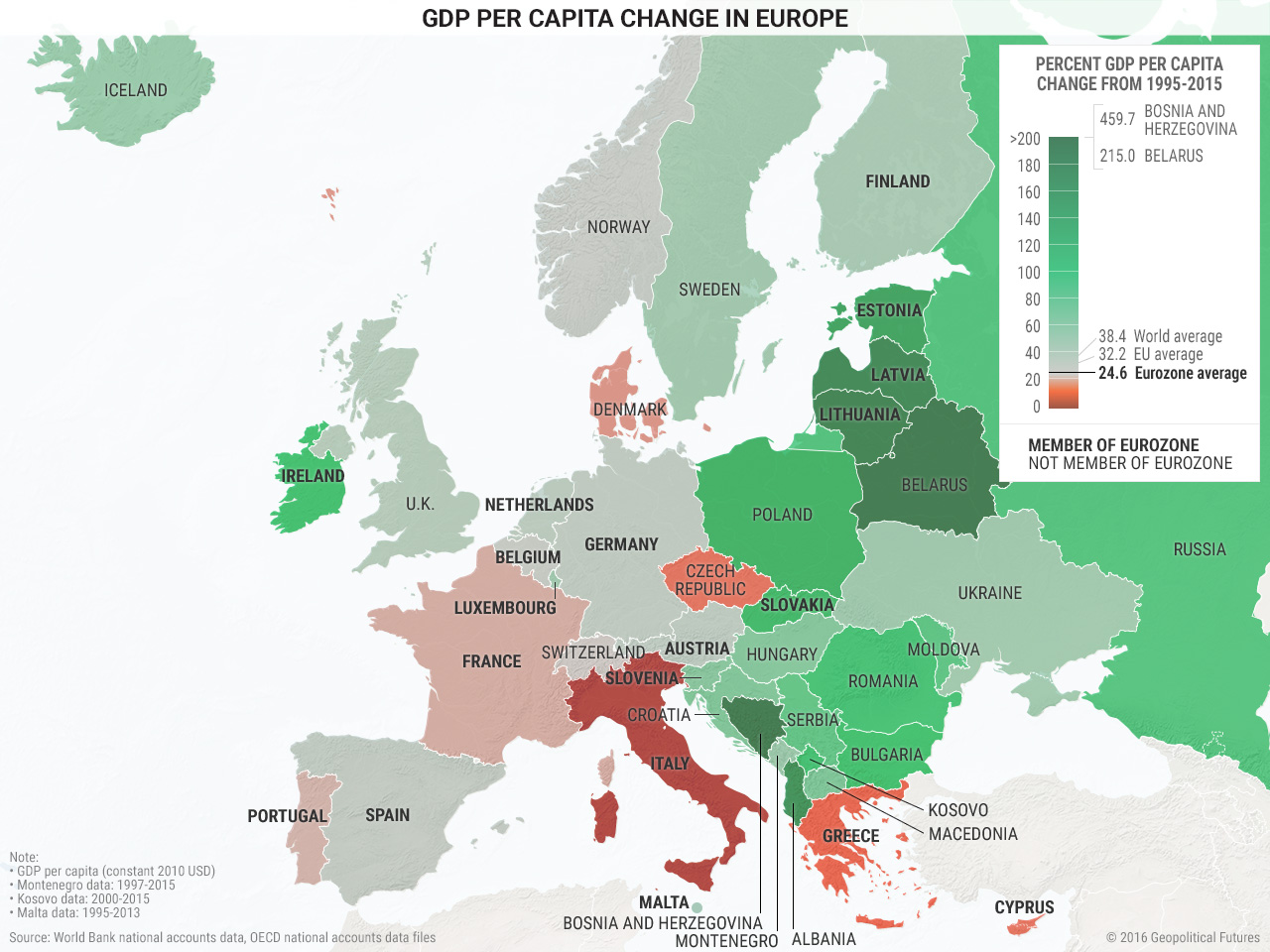 The first thing that jumps off the map is Italy’s weak performance. The world average growth in GDP per capita in this time span is 38.4 percent, and in the eurozone it is 24.6 percent. Italy in the same period only saw GDP per capita growth of 3 percent, by far the lowest level. Other notable countries that had below average performances were Greece (14 percent) and the Czech Republic (15 percent), as well as Denmark (18 percent), France (21 percent) and Portugal (21 percent).

The second observation to make is the large increases in Eastern Europe, particularly in the Baltic states and parts of the Balkans. Money from EU countries has poured into Eastern Europe since the fall of the Soviet Union. This also explains why Germany is close to the average figure – its reunification in 1990 had the effect of deflating Germany’s growth overall. Eastern European economies are still much smaller than those in Western Europe by and large, but even so they have been an engine for growth on the Continent for the past 20 years.

Greece and Cyprus have already run afoul of Brussels, but it is Italy that is the center of attention right now. What this map doesn’t communicate is that Italy is the fourth largest economy in Europe. Its banking problems cannot be fixed overnight and are the heritage of decades of mismanagement.