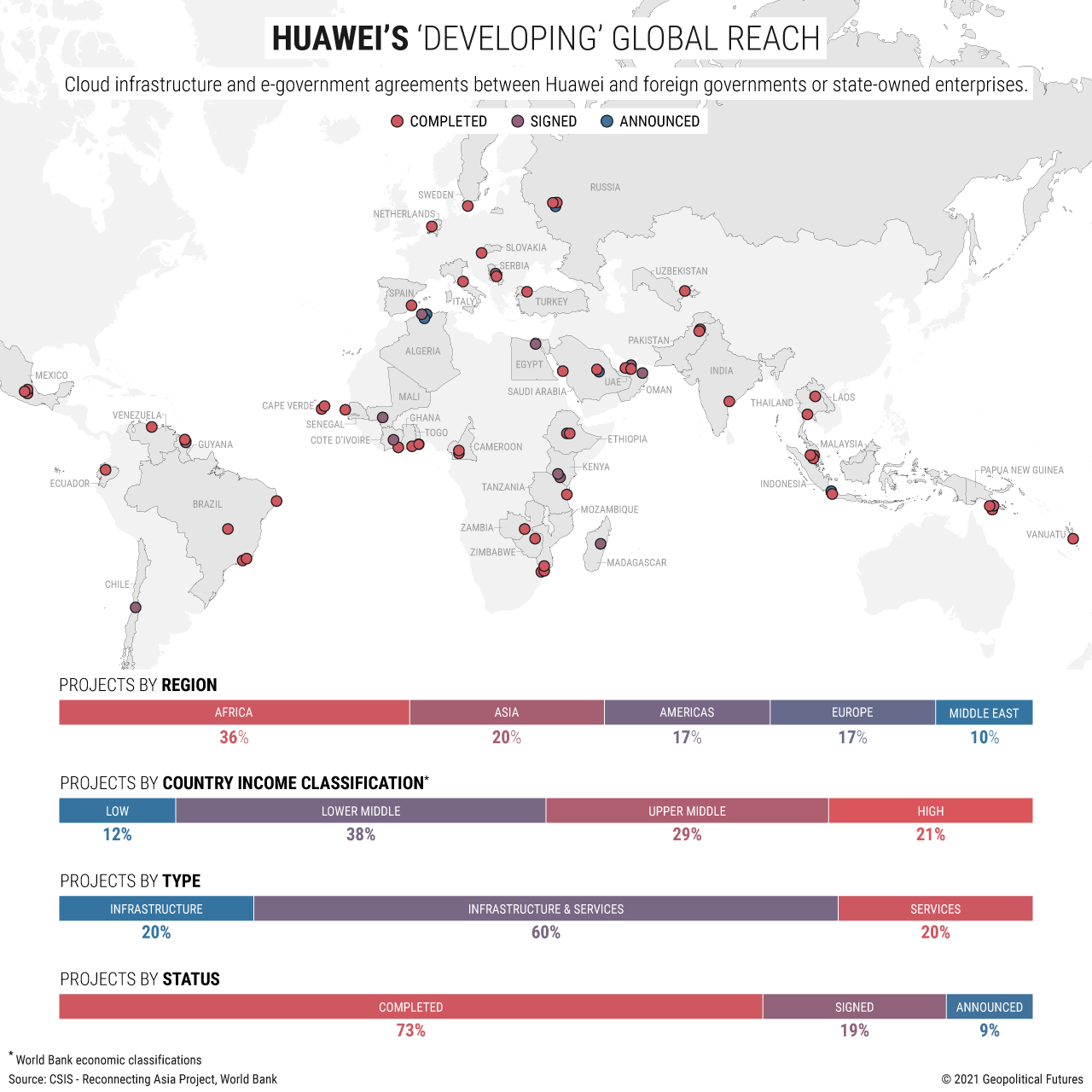 U.S. measures targeting Chinese telecoms giant Huawei have hit the company hard. U.S. restrictions on semiconductor sales have pushed it into crisis mode at home. U.S. software restrictions have hammered Huawei’s smartphone market share. And U.S. efforts to deny it access to Western markets have been fruitful, with dozens of countries in Europe and elsewhere adopting at least partial bans on including Huawei gear in their 5G network rollouts. But Huawei’s global footprint is still huge and steadily expanding. After all, the full suite of products and services it offers goes far beyond smartphones and 5G – and Huawei wields tremendous advantages thanks, in part, to government financial and diplomatic backing.
Naturally, the developing world is where these advantages deliver the most diplomatic bang for their buck. This is evident in Huawei’s sales of cloud infrastructure and e-government services. More than half of the 70 deals in 41 countries Huawei is confirmed to have inked in these sectors are in emerging markets. Among these, the largest share – around 36 percent – have come in sub-Saharan Africa. A full 72 percent of deals have been inked with countries characterized as middle income. And given Huawei’s talent for wooing authoritarian governments in places notorious for a lack of transparency, the true number is likely higher.

Daily Memo: Developments in Iran, Discord in the EU, Drilling in...