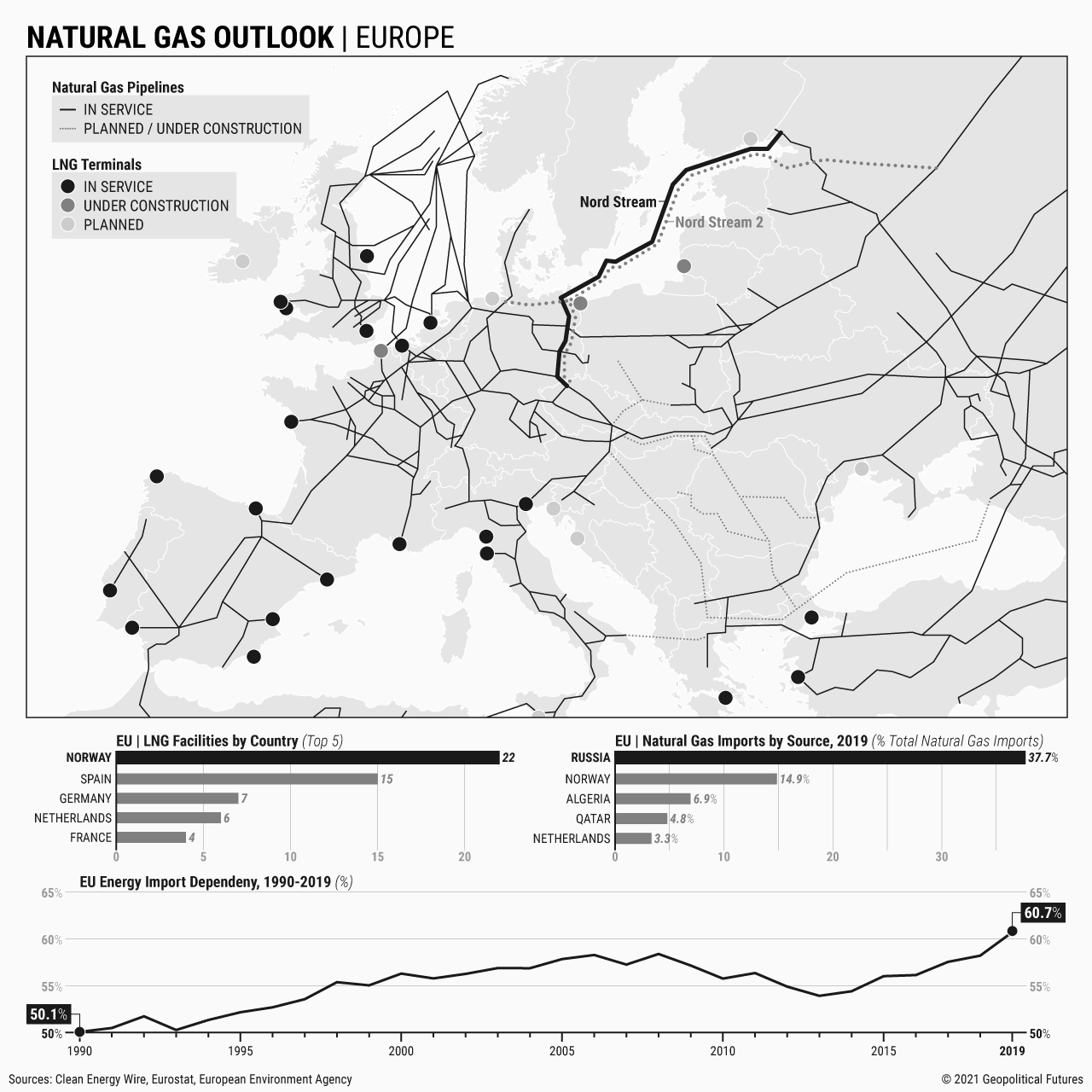 This month, energy prices in Europe have soared due largely to record-high prices for natural gas. Though gas prices have been steadily rising since spring, significant increases across Europe began only in mid-August, after Russia’s Gazprom sharply cut supplies to the EU via the Yamal-Europe pipeline. Last week, the company also declined to book additional capacity in pipelines that run through Ukraine in auctions for October. Other factors in the price hikes include the green energy transition, low reserves in gas storage facilities, expectations for a cold winter and increased global demand, especially in China.

The problem will have an impact on both consumers and businesses. It could be mitigated if Gazprom agreed to increase deliveries through Ukraine, but that doesn’t seem likely, in part because Russia may see an opportunity here. It wants Nord Stream 2 – construction on which was completed earlier this month – to be put in service as soon as possible, but concerns over Moscow’s potential use of the pipeline as a political tool may hold up the process. Rising prices for natural gas, therefore, could put pressure on politicians in Europe to clear any roadblocks.

In Germany, the Era That Didn’t Turn