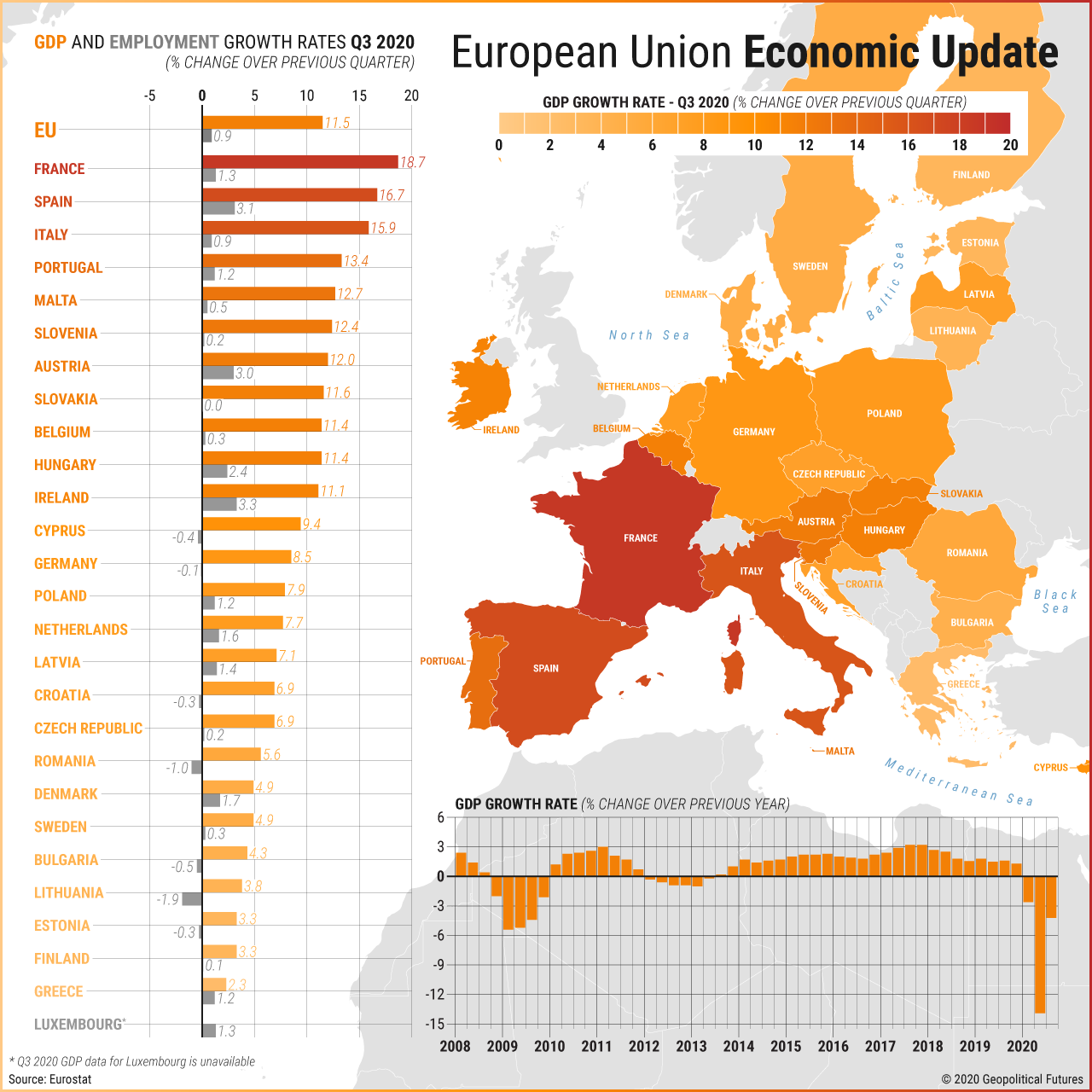 As much of the European Union goes under stricter lockdown over the holiday season, economic figures released last week for the third quarter showed signs for optimism. As lockdown measures eased over the summer, European Union economies rebounded. Household consumption increased by 13.2 percent, driving gross domestic product growth up. Trade also saw a boost with exports increasing by 17.1 percent quarter over quarter and imports by 12.9 percent. Employment also rose, by 0.9 percent over the previous quarter, and the number of hours worked per week increased by 11.9 percent. Optimism should be tempered, however, by the fact that these improved performances are relative to the second quarter when economic activity across Europe was severely limited by COVID-19 containment measures. Compared to 2019, Q3 GDP growth was still down.

In addition, small and medium-sized businesses, which accounted for over half of the EU’s GDP and over 100 million jobs pre-pandemic, are still struggling. Earlier this week, the European Central Bank decided to increase its bond purchase stimulus by 500 billion euros ($612 billion) to 1.85 trillion euros, and expanded access to cheap loans for banks. Though these moves will give business a temporary reprieve, analysts are warning that debt levels are mounting. The ECB also warned that corporate vulnerabilities have risen sharply, and that poorly managed debt could trigger banking problems and financial downturns.