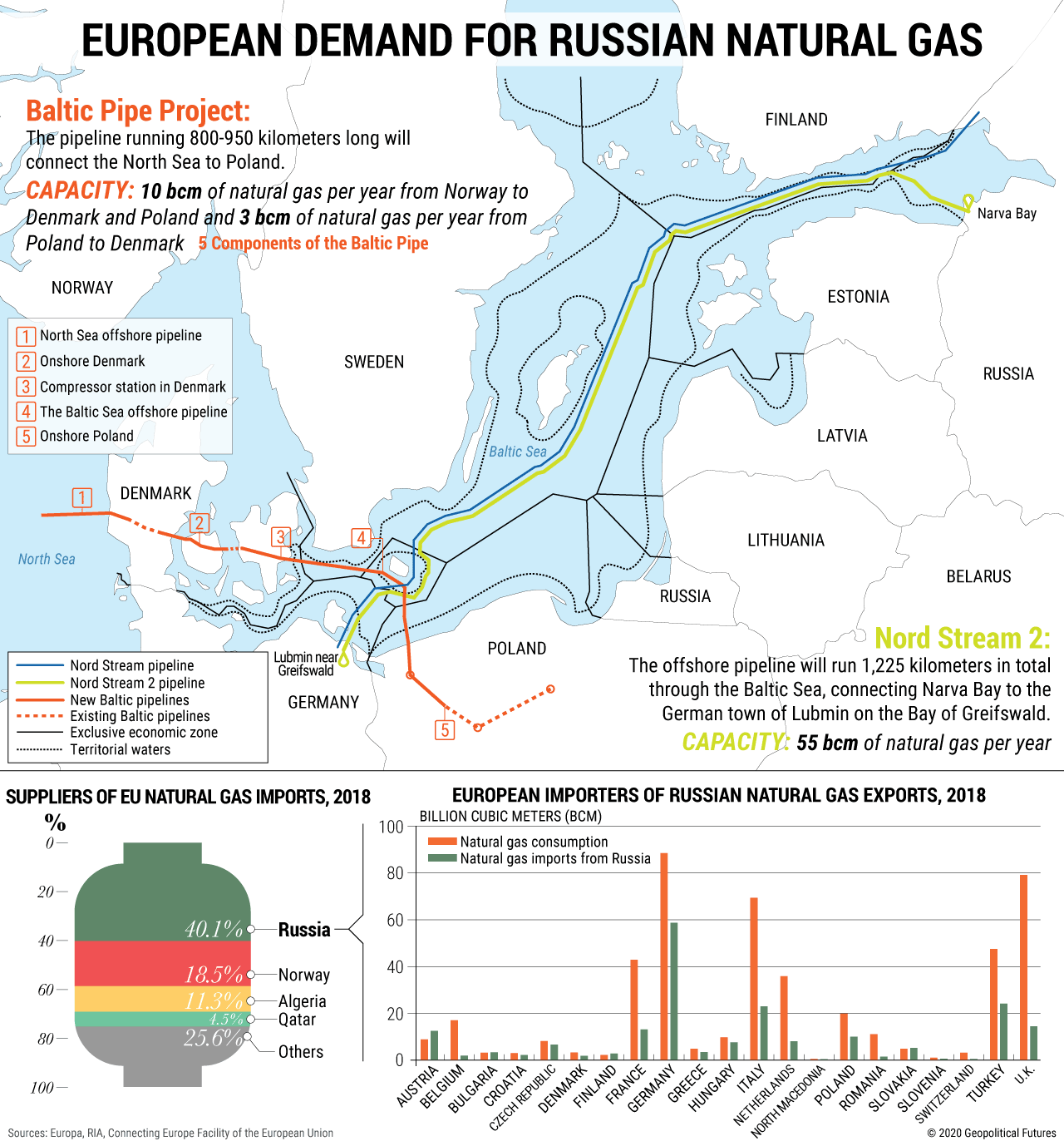 Poland is moving forward with the Baltic Pipe project, a natural gas pipeline that will connect gas fields on the Norwegian shelf in the North Sea to Denmark and Poland. The pipeline, which will have a total capacity of 10 billion cubic meters when completed, will cross over the Nord Stream and Nord Stream 2 pipelines in the southern Baltic Sea. It’s expected to cost more than 1.5 billion euros ($1.6 billion) and will be co-financed by the European Union. It will be launched in October 2022, the same year Poland’s gas supply contract with Russia’s Gazprom is set to expire.

The Baltic Pipe is part of Poland’s plan to replace Russian gas supplies with alternative sources. Indeed, the Polish government announced last year that it would work toward eliminating all Russian gas from its supplies. It hopes to also resell surplus gas to its neighbors, especially Ukraine, in the future.

This is unwelcome news for Russia, whose economy relies heavily on energy sales. However, the Baltic Pipe is unlikely to compete with Nord Stream 2 in terms of capacity; Nord Stream 2 will see the construction of two pipelines with a total capacity of 55 billion cubic meters per year. It will run from the Russian coast through the Baltic Sea to Germany. However, its construction has been complicated by Western sanctions that have restricted the project’s use of certain technology, and Gazprom has already faced a number of difficulties in its construction. In late 2019, U.S. sanctions against Nord Stream 2 contractors came into force, and Swiss offshore pipeline construction company Allseas suspended work on the project. Nonetheless, Germany has continued to support Nord Stream 2 and the companies participating in its development, despite the threat of sanctions. Meanwhile, a Russian pipe-laying vessel that may be involved in the project has reportedly started sailing toward the German port of Mukran, a logistics hub where supplies for the pipeline are delivered. Gazprom expects Nord Stream 2 to be fully operational by the end of 2020.