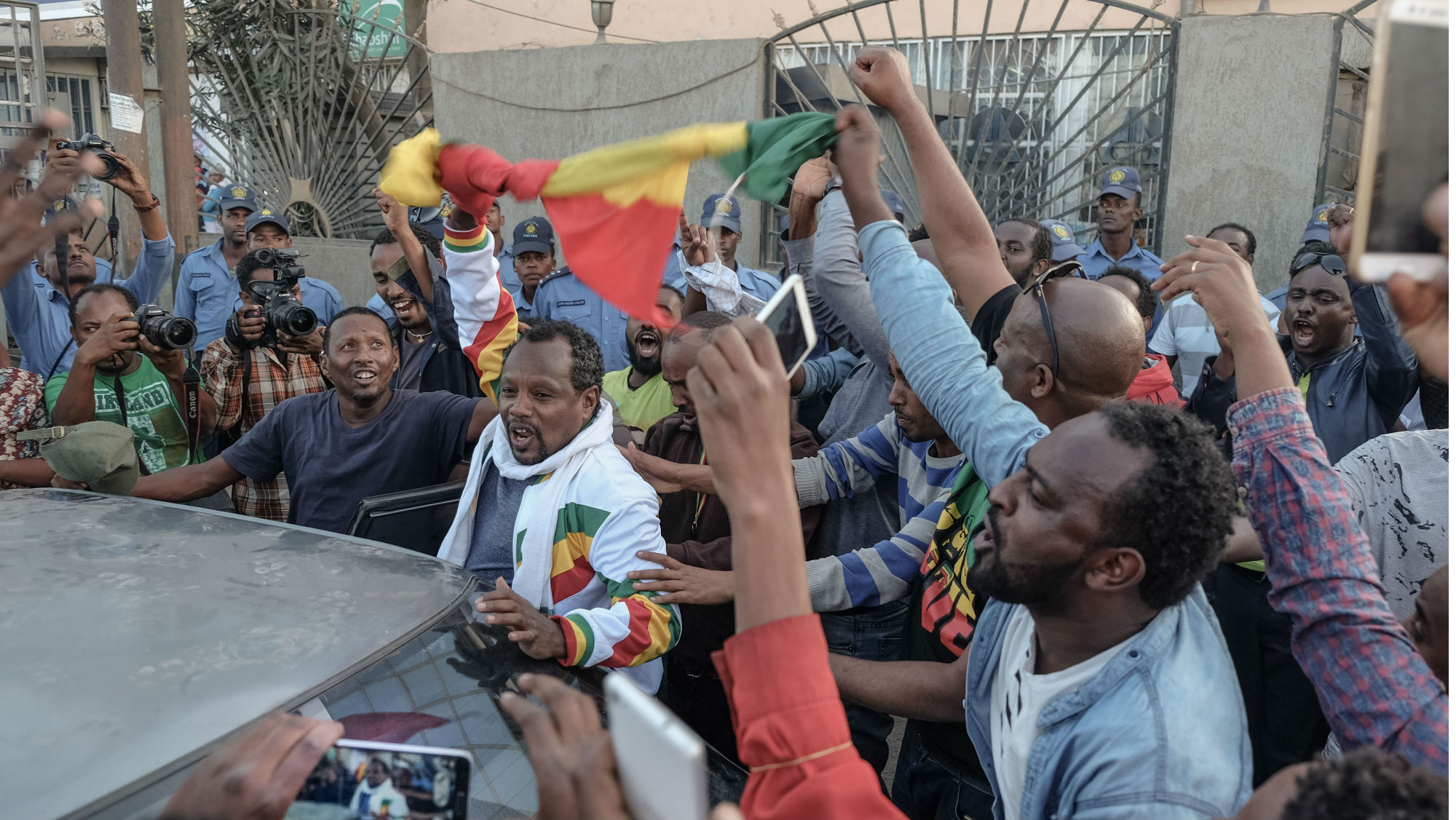 For the second time in two years, Ethiopia has declared a state of emergency to try to quell violent unrest. The declaration on Feb. 16 came a day after the prime minister resigned over the turmoil, but it served only to create more protests nationwide and calls from opposition lawmakers for a new government. (The prime minister will remain in a caretaker role until parliament names a new premier, which will not take place until a planned parliamentary session in March or April.) Ethiopia has been periodically embroiled in political chaos since mid-2016, but it appears now to be approaching a climax. This in itself is not hugely meaningful geopolitically, but it could open the largest country in the strategically important Horn of Africa to a global competition for influence.

The root of the issue is this: Ethiopia’s central government is not representative of the majority of its population. The ruling coalition, the Ethiopian People’s Revolutionary Democratic Front, is run by the Tigray ethnic group. Tigrayans hold a monopoly on power but account for only 6 percent of the country’s population. The Oromo and Ahmara ethnic groups, on the other hand, each constitute about a third of the population. They have no formal representation in government, and when they have tried to make their voices heard, the EPRDF typically resorts to violent crackdowns to silence them. Bouts of unrest have plagued Ethiopia six times since 1960, and if history is any guide, the latest crisis will get worse before it gets better.

With the exception of Egypt and Sudan, Ethiopia’s neighbors generally are not much concerned; in more than two years of fighting, the conflict hasn’t spilled over any borders. But major regional and global powers look at the unrest and see an opportunity. 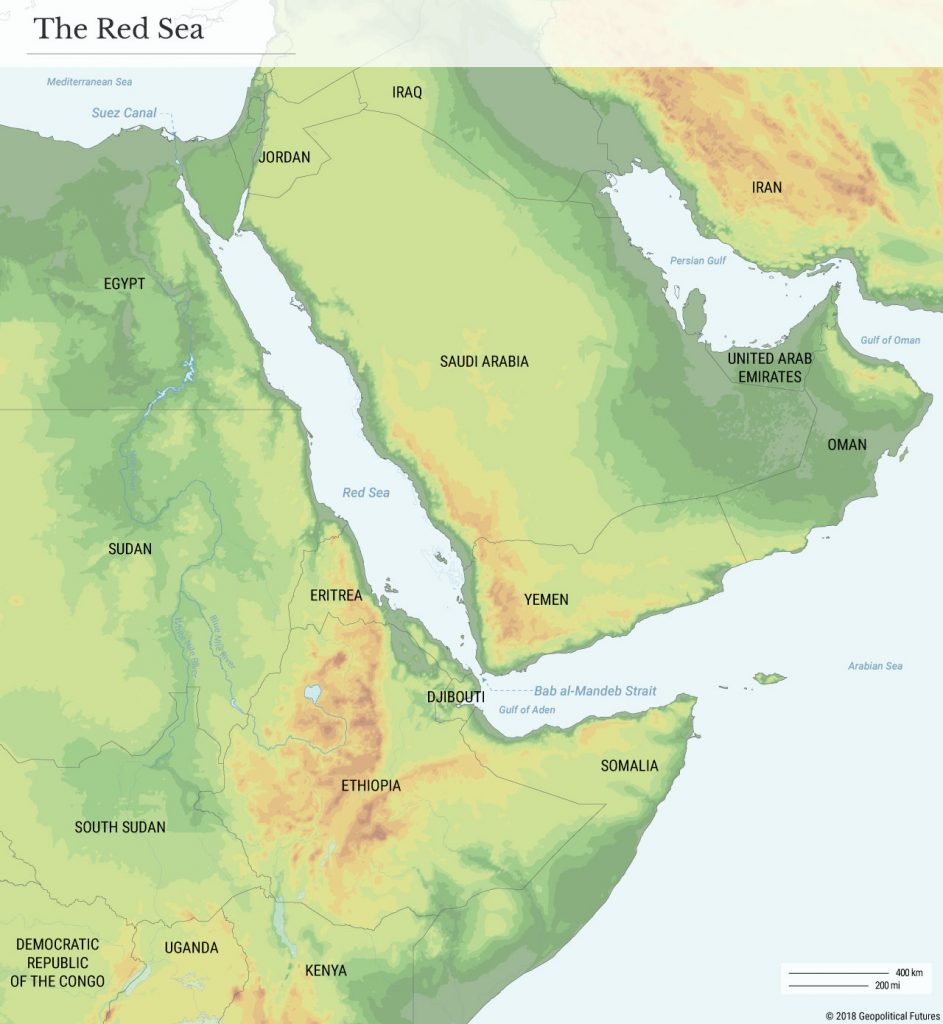 Ethiopia is by far the largest country – by area and population – in the Horn of Africa. And the Horn of Africa is coveted real estate for major powers, both because of its location next to valuable oil-dominated maritime routes and its ability to function as a base from which to project power into the Middle East. We forecast that in 2018 competition for influence over the Horn will intensify among outside powers. Ethiopia’s turmoil paves the way for this competition.

A defining characteristic of Ethiopia for two centuries was its ability to withstand and repel foreign invasion. During this time, the country warded off invasions by Italy, Sudan, Egypt and Somalia, and unlike nearly every sub-Saharan African country, Ethiopia almost completely avoided colonization by European powers. (Italy invaded and occupied the country in 1936, but it held on for only five years.) What these experiences made apparent to Ethiopia throughout the 20th century was that it may be in the country’s interest to align with an outside power so that it could partner and benefit on its own terms and not live under constant threat of invasion. Ethiopia offer patrons a strong strategic position in the Horn of Africa. In exchange, it expects guarantees that no outsiders – including the patron itself – would meddle in Ethiopia’s territorial and political affairs. Ethiopia has partnered with several countries over the years, but that requirement of noninterference has remained a constant.

The United States has been Ethiopia’s patron since the early 1990s, but the future of their partnership is not assured. For Washington, Ethiopia’s main value has been in its assistance with anti-jihadist security campaigns, particularly intelligence gathering, in the Horn of Africa. Yet the years of high-profile protests have made the Ethiopian government a less reliable partner. And the EPRDF’s violent suppression of those protests has raised the temperature inside Washington to re-evaluate the partnership. Legislation slated for voting at the end of February would pave the way for the U.S. to review its security assistance for and general relationship with Ethiopia if certain conditions related to human rights and government oppression are not met.

Ethiopia is by no means the linchpin in the U.S. strategy in East Africa. The U.S. will not commit massive ground forces to combat the spread of jihadism in the region. Instead, it has developed an offensive strategy that relies on drones and airstrikes to support local troops. If the U.S. decides it must abandon its partnership with Ethiopia, it could lean more on another partner nearby, Kenya. (Indeed, it has already been hedging its bet in Ethiopia by working closely with Kenya. Kenya, however, is experiencing its own political turmoil and is not seen as being entirely reliable either.)

This means that for countries interested in establishing a foothold in the Horn of Africa, Ethiopia could soon be reopening for business. This is true regardless of which political faction eventually comes out on top in Addis Ababa. And there’s a new country giving impetus to the Ethiopia’s desire for outside assurances: Turkey.

Ankara is in the early stages of Ottomanizing its foreign policy – it is trying to grow its global influence in a way that mirrors the areas of influence of the Ottoman Empire. For instance, Turkey has pursued closer ties with Sudan, where it plans to restore the former Ottoman port city at Suakin Island, and Somalia, where Ankara has established a small military training base for local forces in Mogadishu. With Turkey’s influence on the rise to both its east and west, Ethiopia will be eager to align itself with a new power patron should the U.S. pull out.

Candidates are plenty. Russia has an interest in establishing a presence in the Horn so that it can keep pace with the U.S. and Turkey. Moscow has raised the issue of military cooperation with Sudan on multiple occasions lately, but given that Sudan and Ethiopia are rivals, doing so would make aligning with Ethiopia less feasible. China and India want to expand their influence across the Indian Ocean, and having strong ties with a country like Ethiopia would help give them a presence in this corner of the world. Iran also strives to have a strong presence in the region. Until recently, Iran was a patron of both Sudan and Somalia, but then Saudi Arabia paid each to switch sides and Iran lost its place. Ethiopia could be a replacement, but the countries’ sectarian differences would be an obstacle. Besides, Iran is already close to having strategic control of the Bab el-Mandeb Strait – the narrow waterway north of the Horn of Africa – through its influence over militant groups in Yemen. That control is what Iran cares most about in the region.

The competition between Russia, the U.S., Turkey, China and others is well covered in most parts of the world, but it gets lost in reporting about Ethiopia, where the tendency is to focus only on the internal politics. Whether or not the Tigrayans relinquish power to the majority, Ethiopia will still be an important strategic country in a region where the aforementioned powers want to have influence.

Chile’s New President and the Polarization of South America