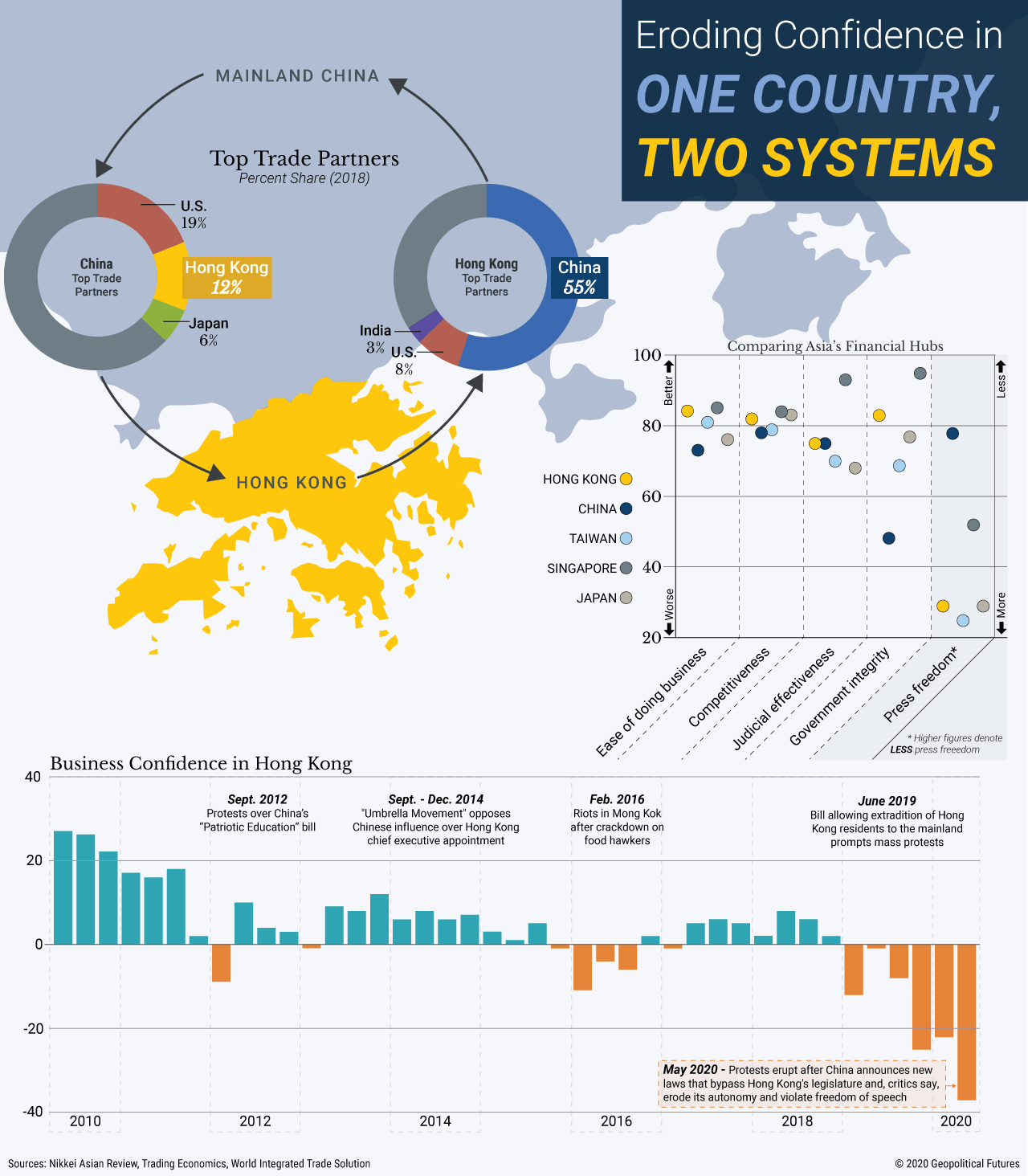 A major constraint on how aggressively Beijing asserts its authority in Hong Kong has always been its economic dependence on the semi-autonomous city. By many metrics, this dependency has lessened as Chinese megacities like Shanghai and Shenzhen became more integrated with the global economy following the Communist Party’s “reform and opening” push beginning in the 1980s and acceptance into the World Trade Organization in 1999. When the U.K. handed control of Hong Kong back to China in 1997, for example, the city accounted for 18.4 percent of China’s gross domestic product. By 2017, this had shrunk to less than 3 percent. Yet, China still relies heavily on Hong Kong as a transshipment hub and financial center. In 2018, for example, Chinese banks held some $1.1 trillion in assets in Hong Kong, and major Chinese companies routinely raise dollar-denominated funds on the city’s debt markets.

Meanwhile, foreign firms looking to do business in mainland China often prefer to use Hong Kong as a gateway, since they see the city’s courts as more impartial, its currency more stable and its immigration policies more relaxed than those on the mainland. Last year, Hong Kong accounted for more than two-thirds of China’s overall foreign investment inflows. However, China’s moves to tighten control over Hong Kong, and the mass protests that resulted, are starting to erode business and investor confidence in the city, clouding its future. This is worrisome for Beijing, particularly at the height of a global economic crisis, and so it’s trying to take control through subtle legal maneuvers and selective moves to stifle civil liberties in the city rather than through brute force. But Beijing fears the ways the city can be used to stoke public unrest on the mainland more than it fears alienating investors. Don’t expect it to back down.