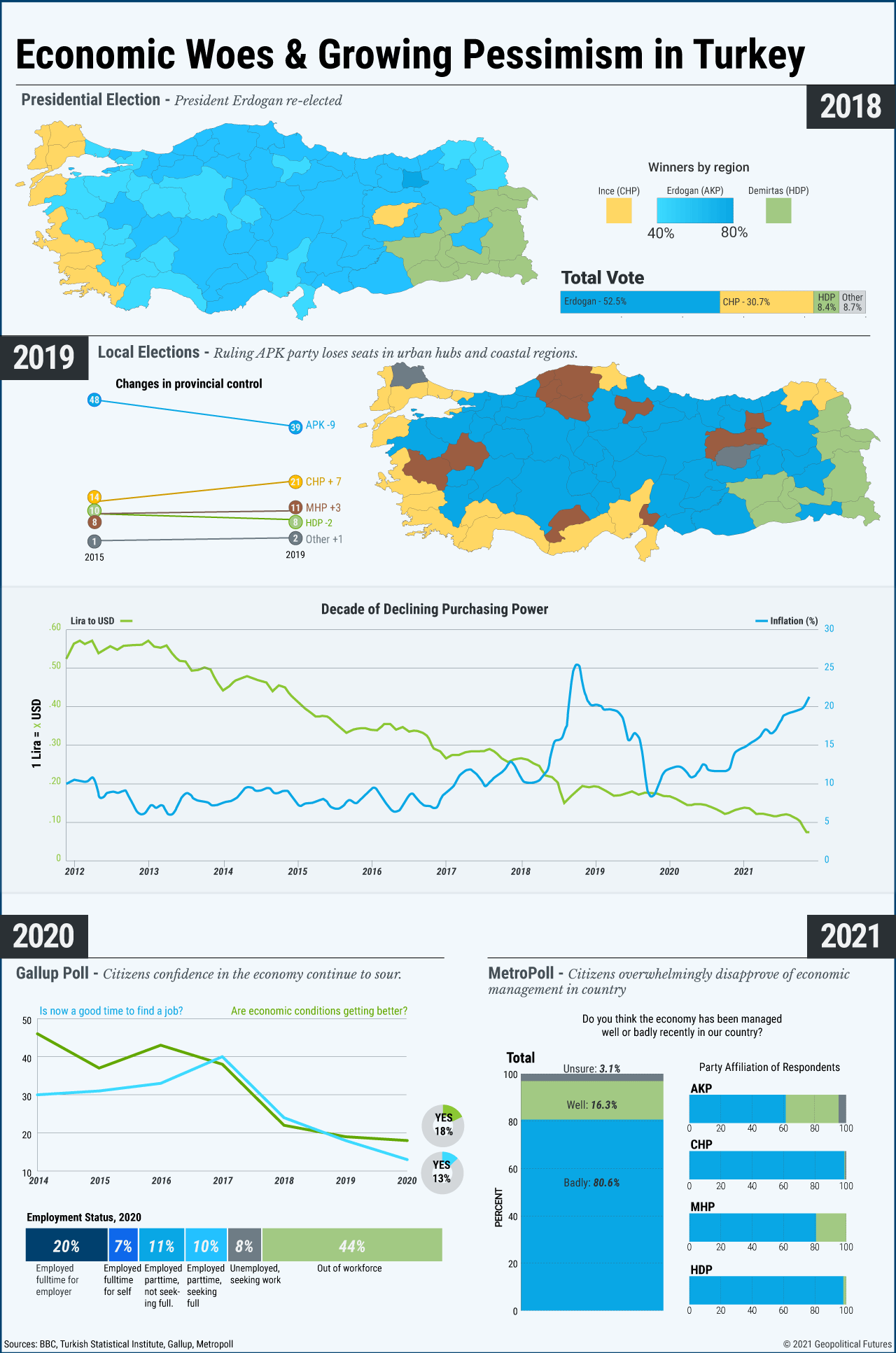 Turkey’s presidential elections are slated for June 2023, but it’s unclear whether Recep Tayyip Erdogan will last that long in office. November results from Yoneylem Social Research Center show that support for his ruling Justice and Development Party (AKP) trails the opposition Republican People’s Party (CHP) by a little more than a percentage point. MetroPoll showed a slightly more positive rating, with 34.3 percent for the AKP and 22.6 percent for the CHP. Either way, clearly Erdogan has less support now than when he was re-elected in 2018.

The opposition resides largely in Turkey’s Marmara region, which includes Istanbul, while Erdogan’s supporters are located in the central Anatolian Plateau. Since the founding of modern Turkey, these two areas have been inhabited by Turks with opposing outlooks. The former is wealthy and cosmopolitan and has been dominated by Western-oriented, secular Turks. The interior has been the mainstay of traditional and conservative segments of the population.

However, economic difficulties appear to be leveling the playing field. Turkey’s economic decline started in 2018 with currency and debt crises, leaving the government in a weakened position to manage the pandemic in 2020. Even so, Erdogan has managed to keep the economy afloat and remain in power with policy reforms, monetary maneuvers and political gamesmanship.