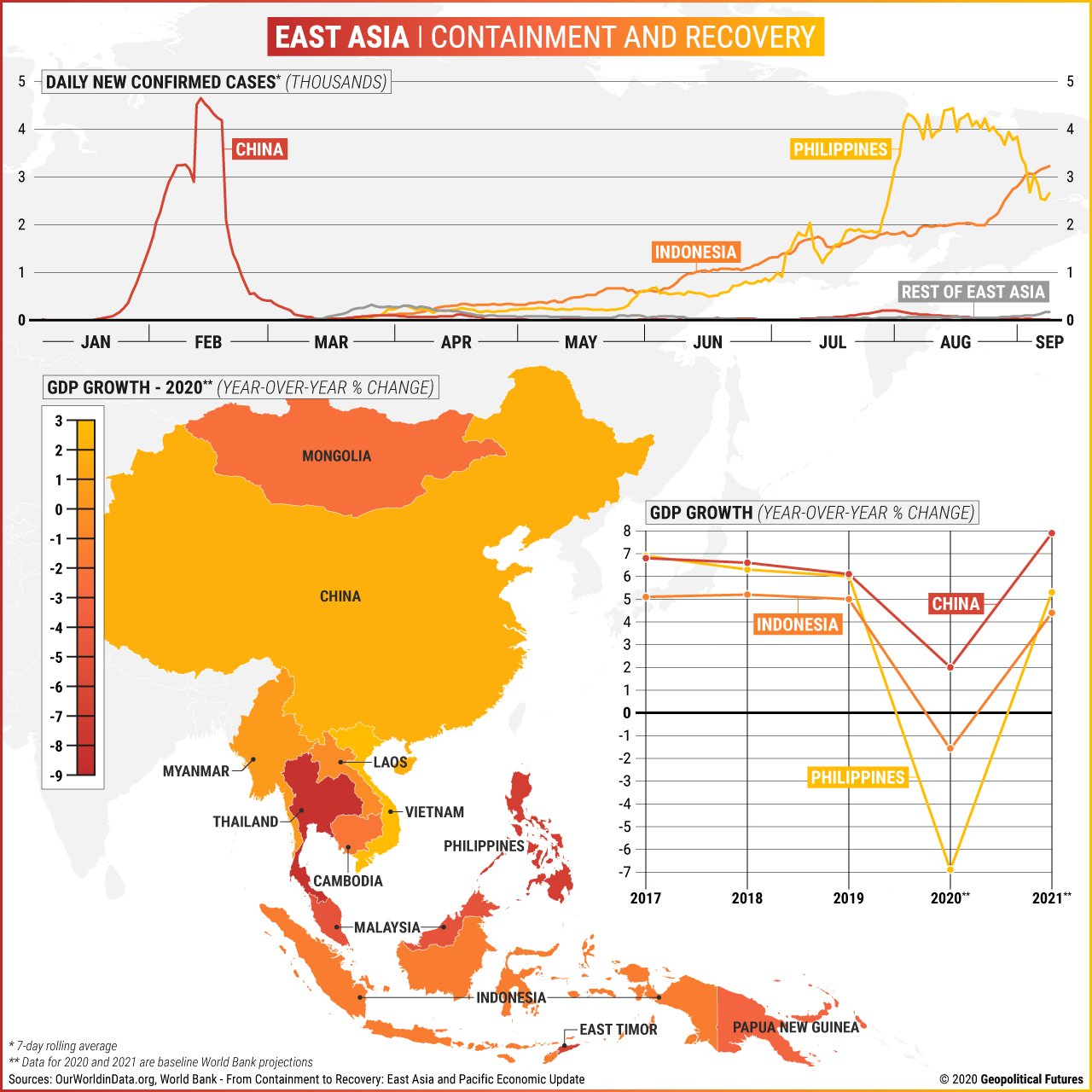 The coronavirus has shied away from no corner of the globe, but some countries have weathered the storm far better than others – and have much more cause for economic optimism going forward. The intensity of the economic fallout from one country to the next has hinged on a mind-boggling array of interlocking factors. Foremost among them, of course, is dealing with the virus itself. Countries that have the outbreak more or less under control have fared economically better than those who were flattened by the virus. But other factors matter as well, including how much of the economy the country had to shut down to contain the virus and how much a country is dependent on exports to countries like the U.S., whose economic decline has diminished its role as the world’s predominant buyer of foreign goods. Another factor is the shape the country’s economy was in before the crisis – and how much fiscal firepower a government has available to take aim at the crisis.

As countries in East Asia, in particular, increasingly shift focus from containment of the pandemic to economic recovery, their success will hinge on other factors. According to the World Bank’s latest forecast for the region, these include government capacity to open up the stimulus spigots, its ability to phase out of shutdowns without allowing the virus to become uncontrollable again, and the depth of the hole they’re trying to climb out of. The Philippines and Indonesia, which have struggled more than most of their neighbors with the virus and which already were grappling with immense economic pressures pre-pandemic, are facing a long road ahead. For China, by comparison, there’s more reason for optimism. All of these countries, though, won’t fully recover until Western consumers start buying in force again. And for many – even those like Thailand that handled the virus reasonably well – there won’t be light at the end of the tunnel until global progress against the virus is such that tourists can come flooding back.

Ekaterina Zolotova on The John Batchelor Show: Lavrov in the Gulf for Oil and Food

The Leighton Smith Podcast: George Friedman on the State of the...