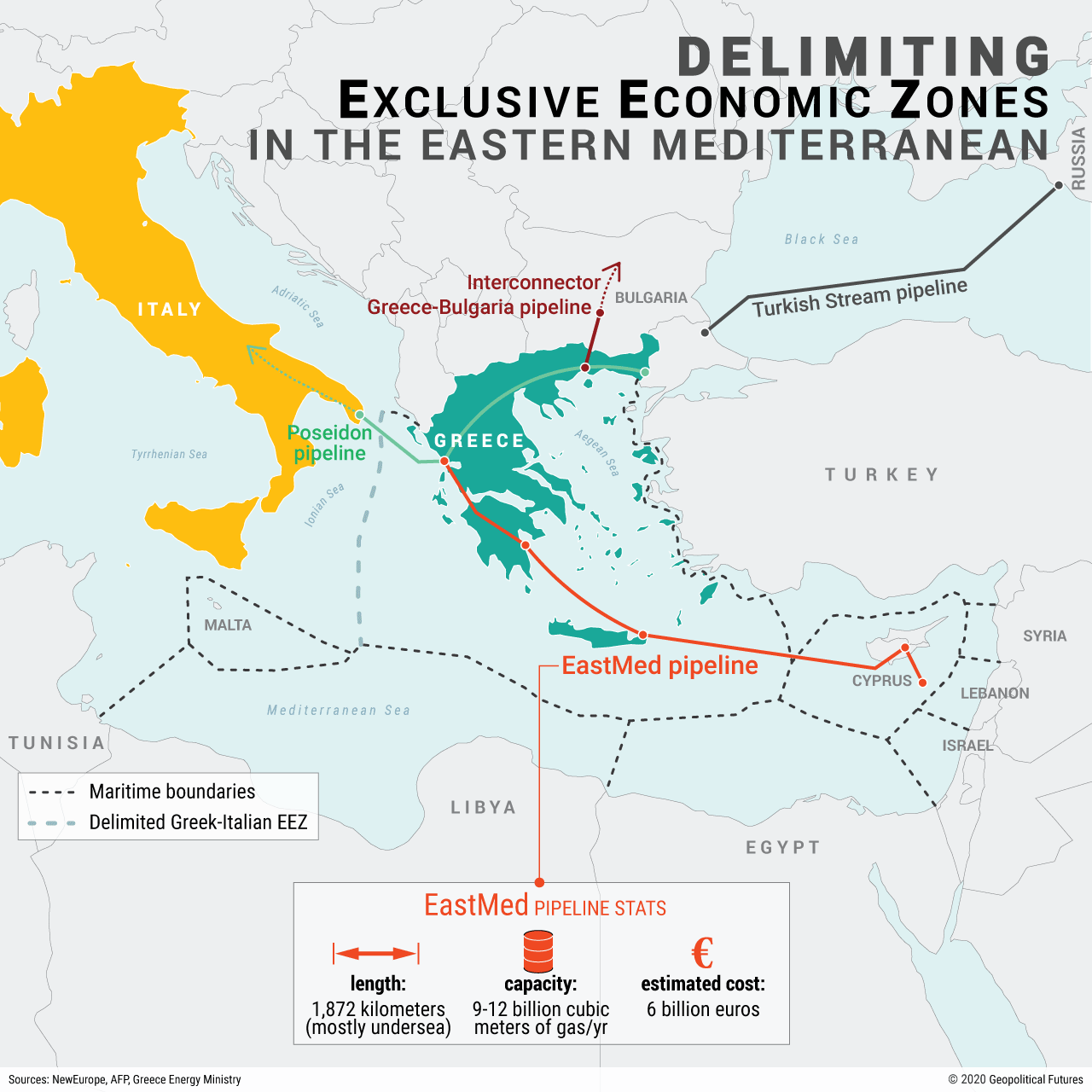 Greece and Italy have signed a new agreement delimiting their exclusive economic zones in the Ionian Sea, a move that will expand their fishing rights and access to resources in the Eastern Mediterranean. The agreement comes after years of negotiation between Athens and Rome, following disagreements over fishing rights in the Ionian Sea. It also confirms Italy’s role as a player in the energy market in Europe as the two countries partner on the EastMed pipeline, a joint project between Israel, Cyprus and Greece to deliver Israeli natural gas to southern Europe.

But the deal is most notable because it could be used to undermine an agreement reached late last year between Turkey and Libya’s Government of National Accord demarcating their own EEZs in the Eastern Med. Greece, Italy and their partners in the East Mediterranean Gas Forum have said that they consider that deal illegal as it limits Greece’s access to certain Greek islands’ continental shelves. Italy and Greece claim that their plan is an extension of an existing 1977 maritime border deal and complies with the U.N. Convention on the Law of the Sea, thus drawing a firm distinction between it and the Turkey-GNA agreement.