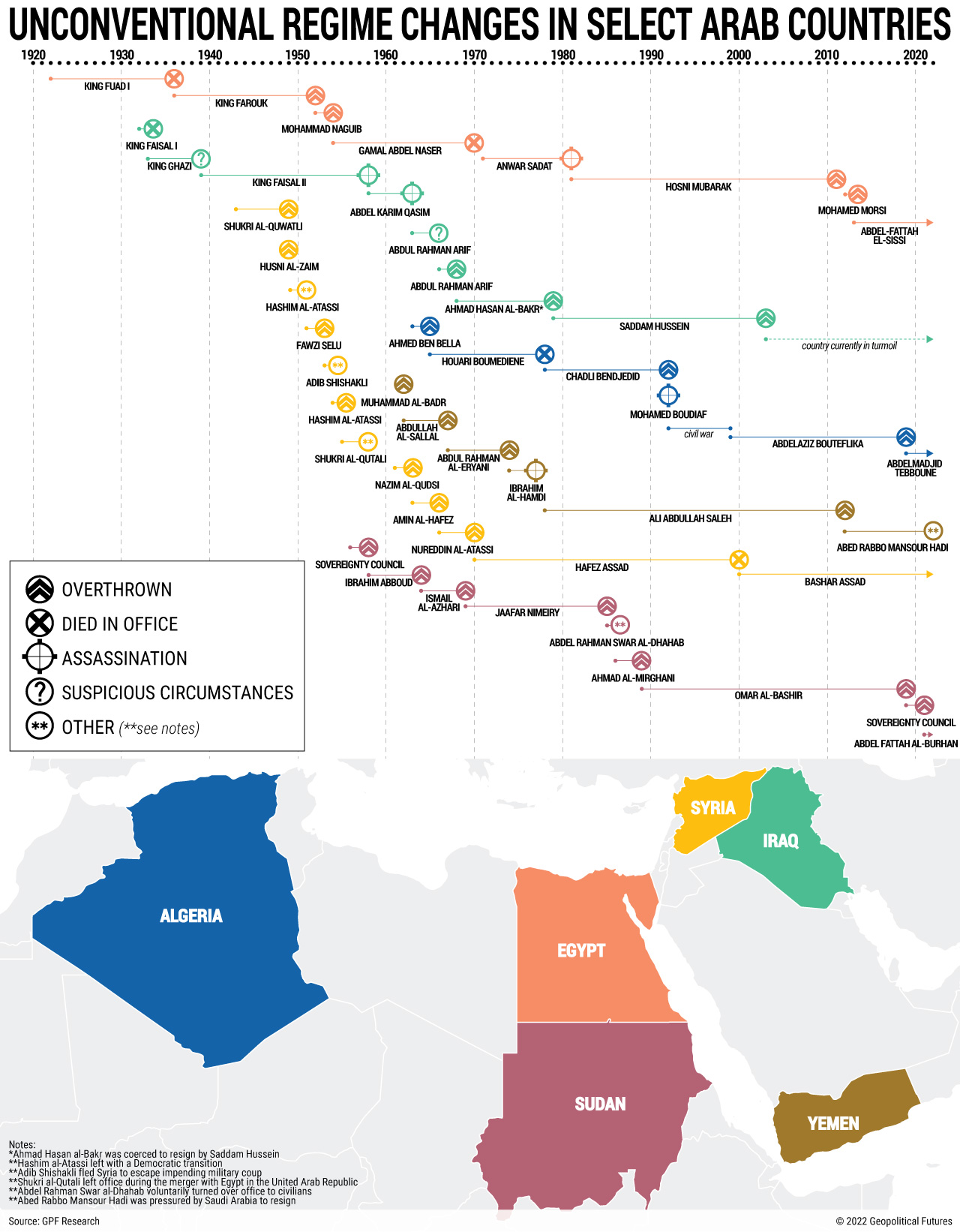 Political leadership in Arab countries is often a poisoned chalice. Violence and upheaval have been hallmarks of political transition in the Middle East and North Africa in the modern era, but in fact the history is much longer. Legacies of tribalism and instability stifled the region’s political development while the imposition of centralized nation-states by colonial powers lacked relevance to the cultural and social realities of the region. Their failure to take hold has hampered the emergence of a stable political culture, leaving difficult transitions as the norm and militaries as a major political force. Countries’ difficulty – and at times inability – to overcome their tribal roots and establish a strong sense of national identity all but guarantees this cycle of turmoil will continue. The coups and uprisings in Sudan and Algeria are only the most recent reminders.