Russia is facing an economic crisis, and the search for palatable solutions has come up empty. Low oil and natural gas prices have hamstrung the Russian economy, which depends on the sale of hydrocarbons. President Vladimir Putin knows the status quo must change, but he has put off a decision on the path forward as long as he could, reluctant to face the negative political and social consequences of action. Details of a plan are now on the table, but if he isn’t careful, it could cost Putin the support of rich and poor alike.

A Man With a Plan

Last year, Putin tasked Alexei Kudrin with devising an economic plan for the future. Kudrin served as deputy prime minister from 2000 to 2004 and finance minister from 2000 to 2011 but has been out of government ever since. A well-known advocate of liberal economic policies, Kudrin will present his plan, known as Plan K, to Putin later this month. From what we know, the plan is meant to invest more government money in areas that are more likely to produce greater economic growth – namely, technology and education – without unduly increasing the budget. This would entail cuts in other areas, specifically pensions. The extent of those cuts was laid out last week in an article by Russian newspaper Vedomosti, which said Kudrin’s policy includes reducing the number of pensioners by 9 percent.

The reduction in pensions is a core component of Kudrin’s plan, but the political backlash is difficult to balance against the potential economic benefits. The plan would decrease the number of pensioners by increasing the age limit to draw a pension from 55 to 63 years old for women and from 60 to 65 for men. It would also increase the number of years an individual must pay into the pension system to be eligible.

Needless to say, these suggestions are not popular. About 43 million Russians, 30 percent of the population, draw pensions. Pension income has already been falling – in real terms, it dropped by 7 percent from 2014 to 2016. If Kudrin’s plan is implemented, fewer people will collect pensions. This will exacerbate the challenging living situations for many retired Russians since, unlike in the West, the vast majority of Russian retirees depend almost exclusively on their pension income (over 90 percent of Russian retirees lived entirely on their pensions as of 2013). Currently, pensions are at 1.5 times subsistence levels (down from 1.8 times in 2012), or about 34 percent of the average Russian salary. A recent BBC article reported on 4,000 pensioners who filed complaints about their pensions being too low. People have taken to the streets across the country to voice their displeasure about missing or skipped pension checks. That Kudrin’s plan is even being considered given the unrest already underway shows how hard-pressed the Kremlin is for funds.

Putin appears to prefer Kudrin’s approach, but it isn’t the only option. A second plan was proposed by the Stolypin Club, a group of Russian economists formed in 2012 to prepare alternative economic strategies for the country. Both approaches focus on growing investment, but Stolypin’s suggests that new investment should come predominantly from the government, facilitated by looser monetary policy (that is, printing money) and greater government borrowing. Kudrin’s plan, on the other hand, aims to spur greater investment by small and medium-sized businesses by redirecting government spending without significantly increasing it.

The shortcoming of the Stolypin Club’s plan is that an increased money supply does not equal an increase in real purchasing power. Fiscal stimulus can be effective, but only if the increase in government spending is not offset by a decrease in the value of its currency, which would occur if the increase in spending were “financed” by printing more money instead of raising taxes (which is not politically appealing).

The Stolypin Club’s proposed solution to limit the depreciation of the ruble is to replace the floating exchange regime with a fixed-rate regime. The central bank would spend foreign reserves to purchase rubles, thereby maintaining demand for the ruble and preventing its depreciation. The extent to which the bank can do this is limited, however, by the amount of foreign reserves it has on hand. Should it run out, it would cause a run on the ruble as those who hold rubles rush to exchange them before they lose further value. This would not be a new phenomenon for Russia – a high fixed exchange rate was one of the primary causes of its 1998 financial crisis. The Stolypin Club’s plan can therefore act as a stopgap, but it is not a long-term solution to Russia’s economic predicament.

Now that more details about Kudrin’s plan are available, the fact that Putin is still planning to meet with him is a sign that the president is taking the idea of austerity seriously. Putin recognizes the political challenge that a drop in pension income presents, but he also knows that the Russian economy cannot sustain itself if it continues to rely so heavily on hydrocarbons. The Russian people still widely support Putin, but their support is based on the belief that he can fix the economy. Many in the civil-military elite, however, feel that the president’s best days are behind him – he lost Ukraine, and now the state is losing oil revenue – and are beginning to consider alternatives. Russians have a profound and impressive ability to endure hardship when they believe it is for a purpose, but Russian history shows that there is a limit to how long the Russian people are willing to suffer if leaders’ solutions appear to be failing. Putin will probably be re-elected in 2018 if he runs, but he will be expected to have an economic game plan. 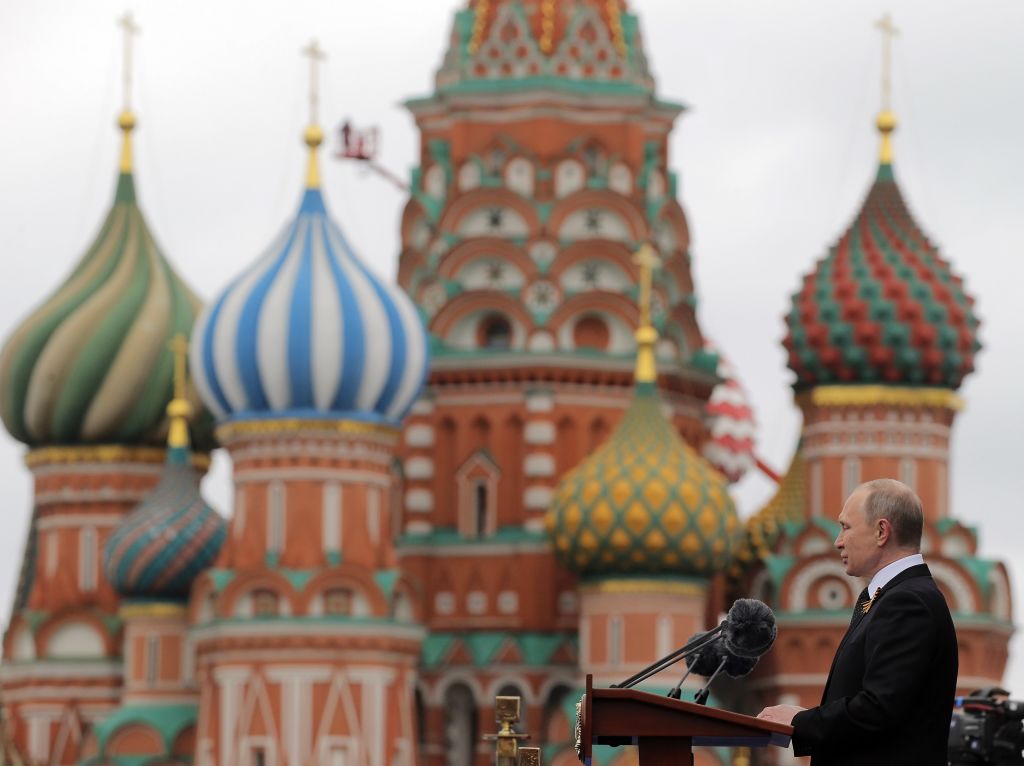 Russian President Vladimir Putin delivers a speech during the Victory Day military parade at Red Square in Moscow on May 9, 2017. YURI KOCHETKOV/AFP/Getty Images

In the meantime, Putin must find a way to implement structural economic reforms that can diversify Russia away from its dependence on energy sales while limiting the short-term economic hardships – and thus political consequences – that such policies would entail. Russia is already experiencing social unrest. Putin has already reformed the leadership of the security services, reshuffled various state ministries and replaced regional governors. There is only so much that can be done. Russia needs austerity, but too much can push the ongoing unrest beyond the point where the security forces can control it. Putin saw firsthand how this can lead to regime change: Large-scale protests after the default crisis of 1998 paved the way to his own rise to power.

At the same time, the masses are not the only potential threat to Putin’s continued rule. Kudrin’s plan to save the country would require judicial reform to work – he wants to encourage small and medium-sized businesses to invest, which they will not do if they feel that the judicial system is rigged against them and that their investments aren’t protected. But reforming the courts would mean subjecting hitherto protected oligarchs to the rule of law to a greater extent, something that risks turning many of Putin’s inner circle against him. It would represent a decentralization of the Kremlin’s power: No longer could Putin decide who is and is not above the law. Given Putin’s moves the past two years to consolidate power, this is obviously something he would like to avoid. But as Kudrin has stressed, without judicial reform, the market would continue to lack sufficient property protection to encourage greater business investment.

One of Geopolitical Futures’ major forecasts is a deterioration of the Russian economy as it struggles to branch out from its reliance on hydrocarbons while energy prices are low and the government’s coffers are dwindling. Diversification will require some degree of austerity, which will not only dampen consumption at the expense of greater government-driven investment – suppressing economic growth at least initially – but it will also generate resentment among the middle and lower-middle classes that constitute Putin’s base of support. Meanwhile, judicial reform, central to Kudrin’s plan, would threaten Putin’s support from the upper class.

Putin has a limited number of options, none of which are good. Maintaining the status quo is a dead end because low energy prices will only continue to wreck the Russian economy. Therefore, Putin will implement austerity measures, but he will do so slowly in hopes that the short-term political consequences will not be so severe as to break his hold on power.

In Poland, Peace May Be a Bridge Too Far

US-Turkish Relations: Bruised but Not Broken