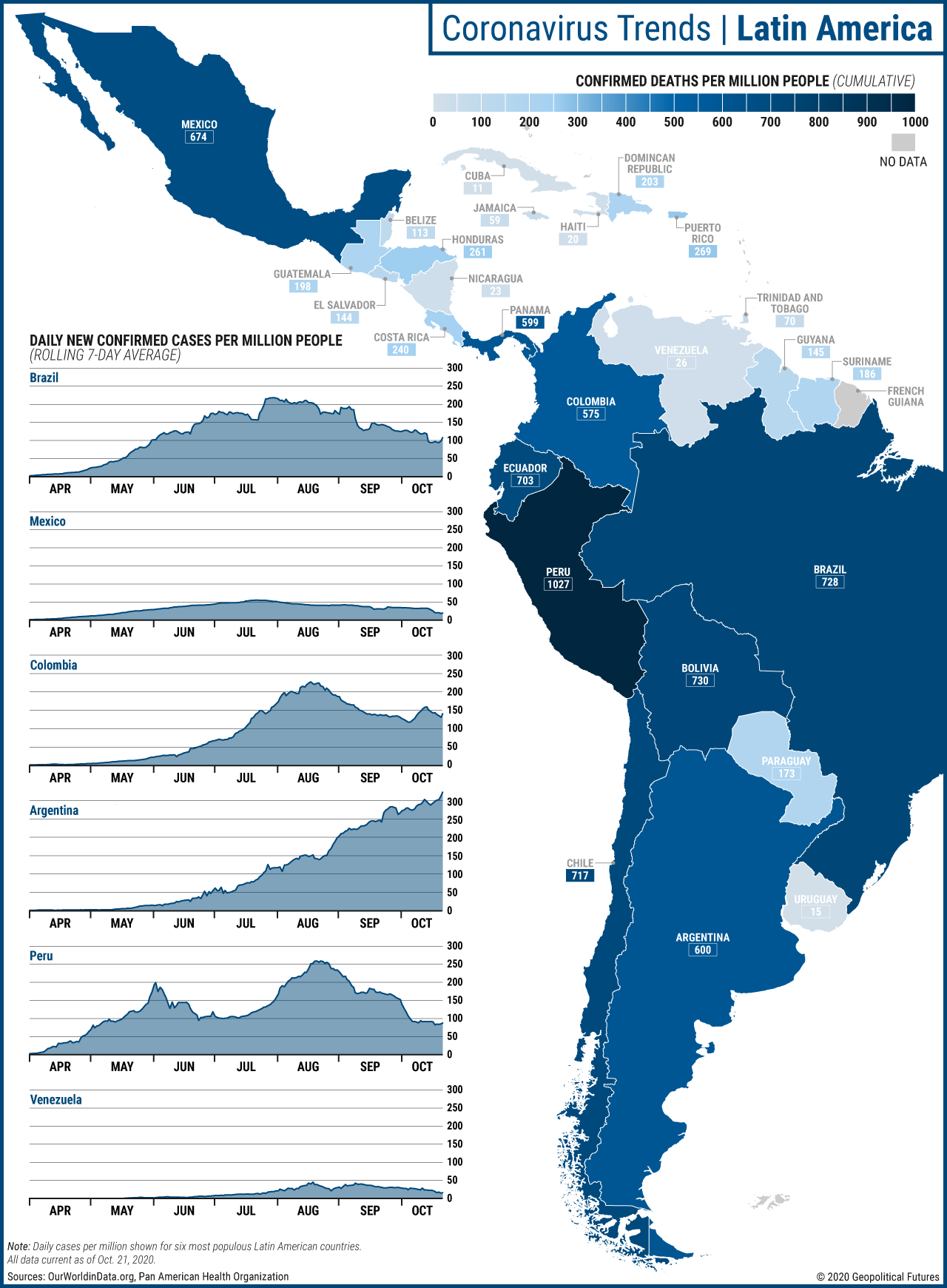 The coronavirus pandemic has hit Latin America hard. By the end of September, the region accounted for 28 percent of global cases and 34 percent of deaths. A major reason the outbreak has been so hard to contain is the high prevalence of contact-intensive work. Nearly half (45 percent) of jobs are in contact-intensive sectors, and only 20 percent of jobs can be performed remotely.

The pandemic has compounded serious economic pressures the region has been facing for years. In recent months, officials from the International Monetary Fund and U.N. Economic Commission for Latin America and the Caribbean have raised concerns over another lost decade – similar to the one the region suffered in the 1980s as a result of the debt crisis. Real gross domestic product per capita has been falling since 2015, and the latest IMF projections do not anticipate recovery to pre-2015 levels until 2025.

The growing concerns are also the result of structural economic issues in many of these countries. Wealth gaps and poverty rates are rising, leaving large portions of the population at higher risk of being impacted by the fallout from the pandemic. The ECLAC estimates 45 million more Latin Americans will live in poverty this year as a result of the pandemic, bringing the total to just over 36.6 percent of the region’s 630 million population. Many also work in the informal sector, making it hard for some workers to access unemployment benefits. Governments have introduced fiscal stimulus and other programs to give their economies a boost, but the funds are simply not enough to produce a rapid and full recovery. External factors such as plummeting levels of foreign direct investment and persistently low commodity prices resulting from suppressed demand will also take a toll. 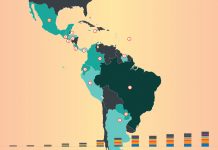 Latin America in a Time of Transition

Made In America with Neal Asbury – What’s next for US/China...