It’s been almost 16 years since the United States responded to 9/11 by going to war in Afghanistan, and 14 years since the United States invaded Iraq. Neither war has been successful, and there is no reason to believe that either is going to succeed if it continues to be fought as it is. Indeed, it’s been some time since they’ve been fought with any expectation of success. They have been fought in large part because neither George W. Bush nor Barack Obama were prepared to admit failure. Domestic consequences in the U.S. would be grave, but there was also legitimate fear that abandoning the wars would result in the creation of radical Islamist states in the region and the toppling of governments that the U.S. regarded as, at best, preferable to the radicals.

The wars turned into a holding pattern whose primary purpose was to keep al-Qaida, the Taliban and, now, the Islamic State off balance, destroying their capabilities in some areas but ideally destroying the groups themselves. But this was wishful thinking. The U.S. did not have enough forces in either theater to eliminate groups like the Taliban and IS. And it was a mistake to believe the destruction of the groups would mean the destruction of the jihadist movement. Instead, it spawned new flag bearers for the movement. Further, the idea that these operations reduced the amount of terrorist activity was becoming dubious. There were no more attacks on the scale of 9/11, but there were several smaller attacks that went on despite the wars.

The essential flaw was the way the U.S. had defined the problem. From the beginning, the Americans had focused on the organizations that carried out terrorist attacks and had sought to kill their members and thus destroy the organizations. This was a misunderstanding of the challenge. The organizations represented the tip of an extremely large spear. If the tip of the spear broke, it would just be replaced. No matter how many radical Islamist organizations were destroyed, a replacement would appear, made up of new members prepared to carry on the struggle.

The problem was not the organizations but the strain of Islam that gave rise to them. This strain was embedded in Muslim communities in Afghanistan and the Middle East. The only way to defeat the jihadist movement was to enter Muslim society and root it out. But this wasn’t viable for the U.S. military, which didn’t know how to distinguish those who wanted to follow jihadism and those who didn’t. Leaving aside that American soldiers rarely spoke the languages required, they weren’t generally Muslims and had no understanding of the culture.

U.S. strategy for the past 16 years has consisted of doing what America knew how to do, not what needed to be done – and done by those who truly understand the culture. Only the governments in the region can identify and destroy the jihadist movement. Without them, all that U.S. military operations will achieve is creating a succession of Islamist radical organizations.

From the beginning of the American engagement, governments in the Middle East have been ambivalent at best about radical Islamists. On the one hand, they declare their hostility toward organizations like al-Qaida. On the other hand, fully understanding that the movement was far more substantial than any one group, they hesitate or refuse to act against it. Partly this was because even among the citizens who were not jihadists, the jihadists were seen as admirable, dangerous (to others, not to them), or simply part of their community. The willingness of average citizens to cooperate with the government was limited.

So, too, was the governments’ willingness to risk destabilizing their societies in an attack on a deeply embedded segment of those societies. Sometimes the governments went through the motions. In some cases, segments of the government opposed or undermined any action. In others, parts of the government supported the jihadists, either to protect themselves from criticism or attack, or simply because they shared their point of view.

In short, the U.S strategy couldn’t work. If the jihadist movement drew from a social base that was part of the broader society, then attacks on the groups that arose from that base had little more than a temporary effect. The key had to be an attack by Middle Eastern nations on their own social structure. And it was the countries of the Middle East that had to compel their neighbors to take similarly aggressive action. This might not work, but without it there was no hope of the war succeeding.

This is the context that I think the June 5 decision by a handful of Arab countries, led by Saudi Arabia and Egypt, to isolate Qatar must be viewed. Or, more precisely, the action against Qatar was part of an attempt at a strategic shift by Middle Eastern countries, forced by the United States. But the U.S. was asking for more than simply turning on Qatar.

What the U.S. has been asking for is the creation of a coalition in the Middle East. The purpose of this coalition is to make a united effort to eliminate the flow of money, fighters and other resources from each country to the Islamic State. This can’t possibly be achieved unless the governments of each country move to suppress the jihadist strand in their own countries and eliminate non-jihadist actors who, for various reasons, support them. If this were done, then the war, after these many years, might be winnable. 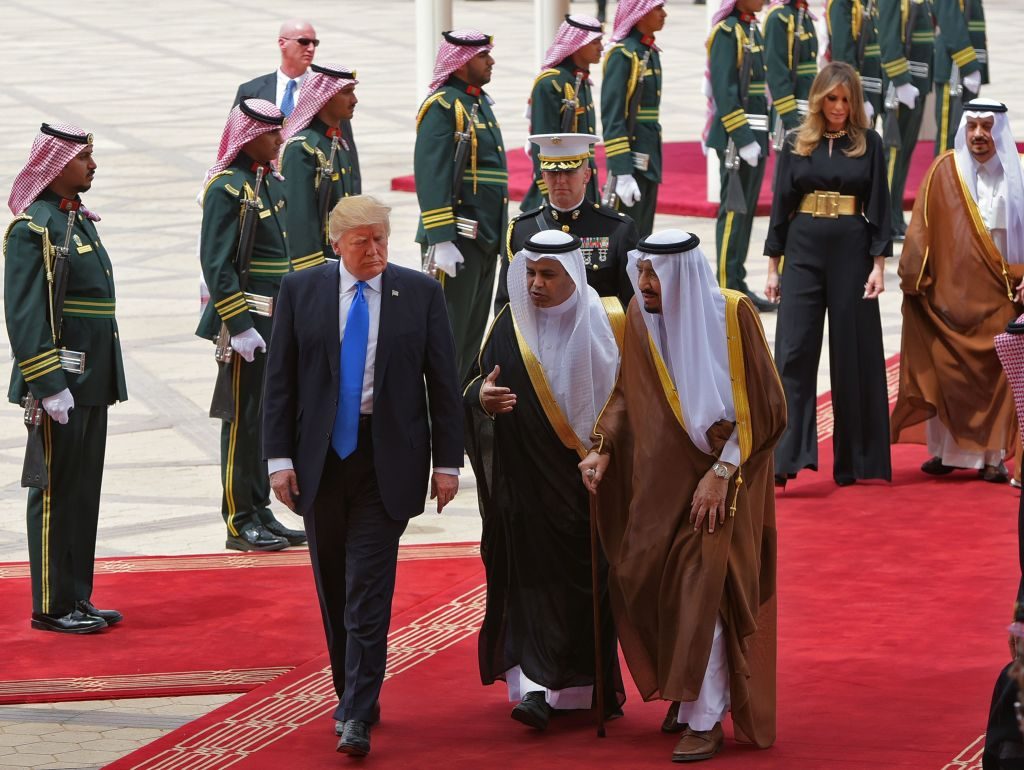 Qatar was presented as a particularly egregious example, but the point was that there be a coalition – a group of Arab countries acting in concert against supporters of the Islamic State. It was far easier to begin by creating a coalition to stop a foreign country, but the goal was not to deal with Qatar. That was a first step. The goal for the countries in the coalition was to deal with the jihadists in their own countries.

That the U.S. would want this is understandable. It is more interesting to speculate about why a group of countries as fractious as those in the Arab world would come together on this, after so many years of being asked to act and so many years of (mostly) deflecting the request. I would offer this possible explanation. First, given the strategy the U.S. is following, this war will never succeed. Second, the Trump administration, having invested less in the war than Bush or Obama had, made it clear that unless the Arabs formed an anti-jihadist coalition, the U.S. was not prepared to continue waging the war. And third, the Arabs, contemplating their region and their own positions in the absence of the U.S., agreed to a collective effort against Qatar, and also to effective action against the threats embedded in their societies.

The Arabs don’t want to see the U.S. leave at this point. The forces that have been released in the Middle East are too great for them to contain on their own. In due course, IS and its supporters would destroy the existing order. The Arabs’ ideal position is that the U.S. wage an inconclusive war that contains IS while respecting their inability to fight within their own countries against jihadists and their supporters. That is rational.

What the U.S. seems to have done is recognize that it cannot wage this war indefinitely and cannot give the Arab states the luxury of avoiding risk. If the U.S. is going to remain at war, the Arabs have to assume some risk, or face the greater risk of a region without American force. Qatar is the focus on which the coalition will be built. From there, the U.S. expectation is that it will expand to a total commitment by the Arab world to deal with jihadists.

But there’s still a problem. The Americans want the Arabs to sign up for the war. The Arabs want the war to be against Qatar. From the Arab point of view, an attack on jihadists in their societies is, for most, an attack on society itself. Taking on another Middle Eastern government is one thing, but targeting their own societies is too risky. The United States may threaten to leave, but it probably won’t. The Arabs will be content to cross that bridge when they come to it.

The Americans see three choices. They can continue the war indefinitely. They can continue to fight alongside a full-blooded Arab coalition. Or they can leave. There is no good time to throw in the towel, but at some point reality has to be faced. The first choice, therefore, is the most unlikely; staying with no hope of winning is insane. The second choice is nearly as implausible; trusting the Arab world to take the kind of risk the U.S. has asked it to take is unlikely to happen. Therefore, the third choice is the most likely.

I would interpret the Qatar situation as an attempt by the U.S. to avoid the third option. If the Arab states took the risks, the war might be won, and the U.S. could remain and even increase its force. The U.S. has made its demand, and for the moment, the Arabs have complied. But this is only the down payment, and unless the Arabs decide the chaos of the United States leaving the Middle East will be greater than the chaos of concerted effort against jihadism, the likelihood of the gambit working remains small.

The Instability of Britain