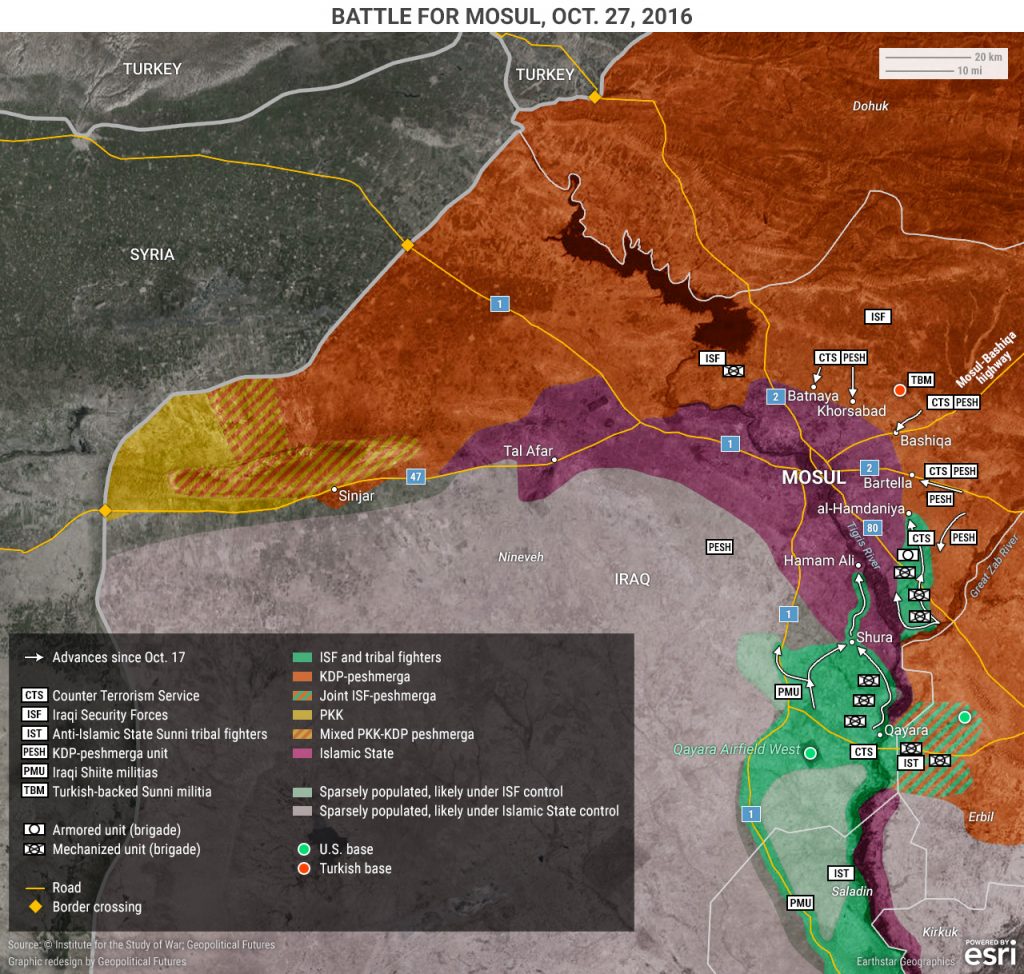 The bulk of the ISF are approaching Mosul from the south. The peshmerga forces, meanwhile, are approaching from the east and from the north. The peshmerga’s aim is to close off the north and east to Islamic State fighters. To that end, Iraq’s Counter Terrorism Service (CTS) and special forces are reportedly at the front lines of both the ISF and peshmerga advances. If all goes to plan, they (and not the peshmerga) will be the ones entering the city from the east and north.

There are currently four main approaches for the assault on Mosul. The ISF has advanced up Highway 80 and reached al-Hamdaniya. Iraqi CTS and special operations forces, along with peshmerga fighters, have advanced along three axes. From the east, forces have reached Bartella; from the northeast, forces have reached Bashiqa; and from due north, forces are advancing from both Tall Kayf and from Nuran.

The coalition forces’ strategy will be to break IS’ will and, failing that, to win a battle of attrition. Based on current deployments, it appears as if the coalition is opting for the latter strategy. To read more about the current tactics and expected fallout from the Battle of Mosul, see this week’s Deep Dive.

Daily Memo: Contests for Influence in Iraq and the South China Sea