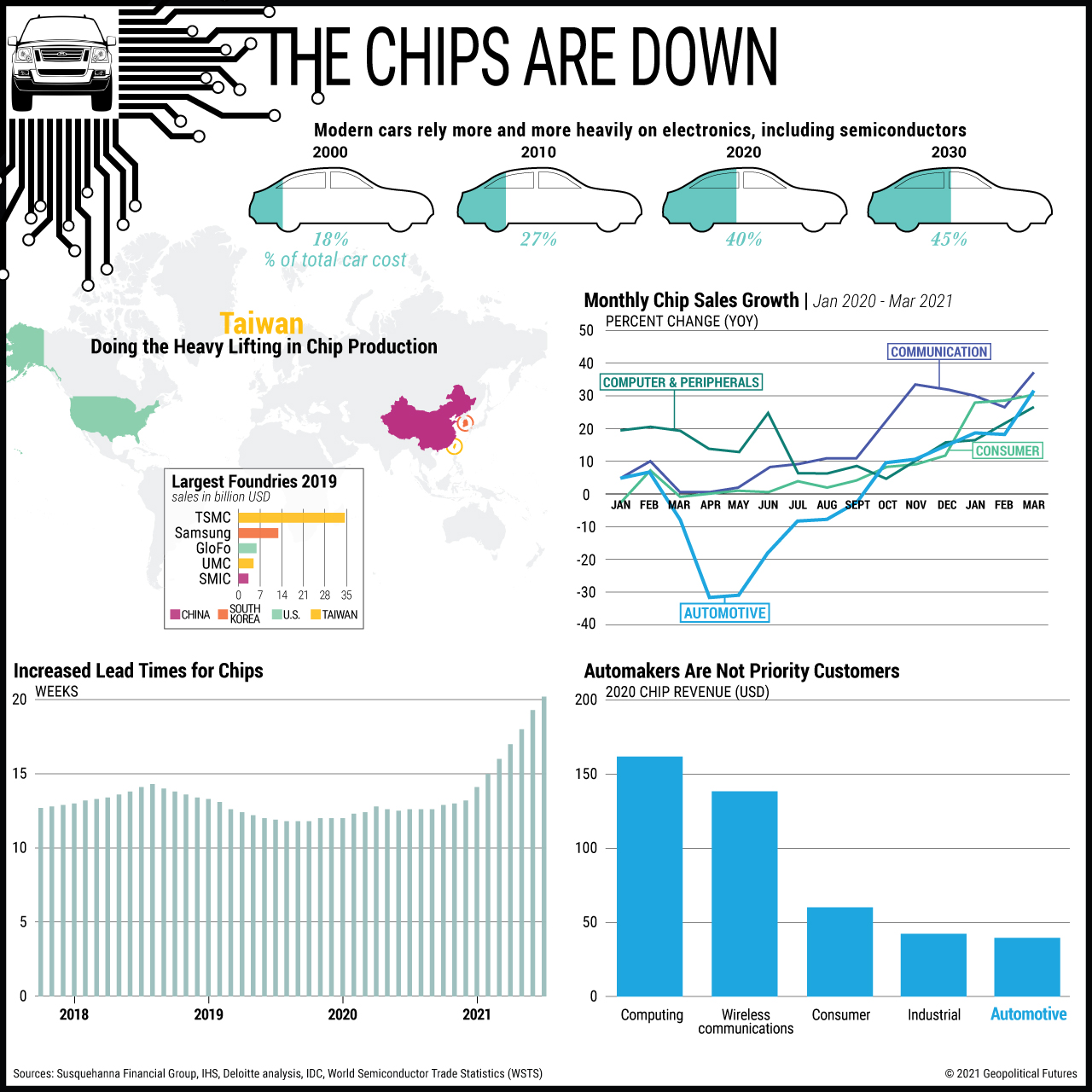 There’s a dizzying array of supply chain problems contributing to the global surge in inflation. One of the stickiest is the now-yearslong crunch in semiconductor production. It takes a long time to build out new production capacity; leading-edge “fabs” are incredibly complicated and expensive to build. And chip companies (which are reaping massive windfalls from the shortages) are leery of rushing to build new facilities only to see them come online just as the business cycle turns, leaving many new fabs idle. The shortage is also one of the most problematic inflation factors, considering that chips are essential components in seemingly everything these days, from of course smartphones and computers to, increasingly, the vast universe of “the internet of things.” This means the employment hit from the shortage is widespread, including in many industries that are vital to the countries’ prosperity.

The auto industry is emblematic of nearly every dimension of the problem here. Cars rely more than ever on sophisticated electronics, and therefore on semiconductors. When the pandemic first struck in spring 2020, most automakers rushed to cancel chip orders, understandably expecting a replay of the post-2008 crash in demand for their products. Those that correctly anticipated the v-shaped rebound in demand, meanwhile, rushed to beef up their stockpiles of chips – as did the consumer electronics industry, which had to gear up on the fly for the rush in work-from-home equipment. Compared to consumer products like smartphones, production volume is relatively low, making semiconductor manufacturers reluctant to prioritize automakers even in normal times. So when demand rebounded, many found themselves at the back of the line, leading to widespread disruptions of auto production that are still ongoing today.