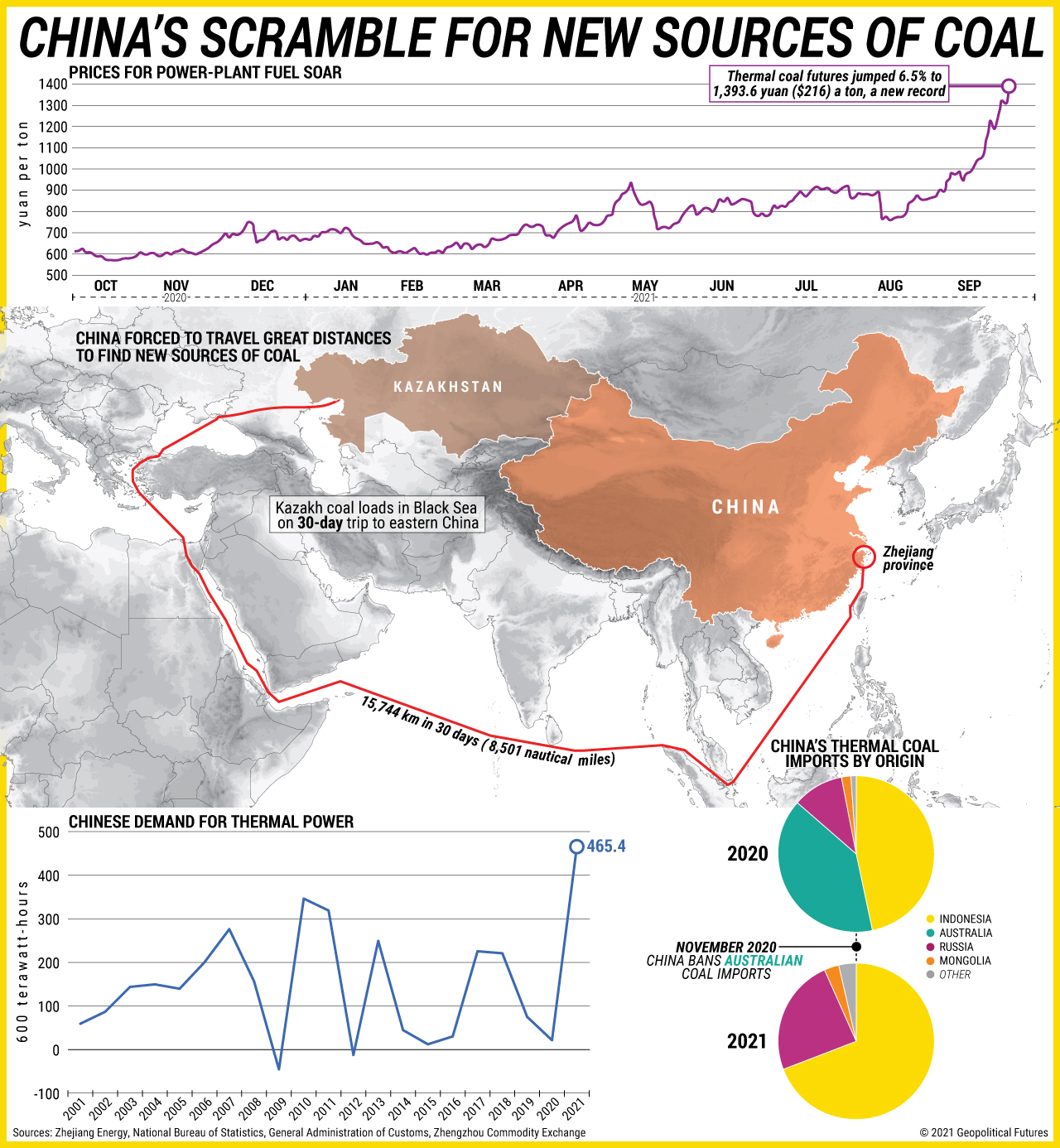 In many ways, China’s ongoing electricity crunch is a mess of its own making. It’s due in part, for example, to an overly rigid regulatory system that compels local officials to act a bit too aggressively in complying with Beijing’s diktats – as has happened in this case in response to power consumption quotas handed down from the central government – even when it becomes abundantly clear that doing so is a bad idea. It’s also partially a result of dwindling reserves of thermal coal, which accounts for more than half of China’s energy mix.

One cause of the depleted inventories is the ban China imposed last year on imported coal from Australia. It did this to pressure Australia on a number of issues, ranging from Canberra’s criticism over Beijing’s initial handling of the COVID-19 outbreak to Canberra’s hearty embrace of the Quad. Whatever the goal of the ban, it led to ships full of Australian coal being stranded just outside of Chinese ports at a time when blackouts were beginning to roll across the country. (China has since quietly allowed the cargos to be offloaded.) And it’s forced China to race to find alternative suppliers on the fly, including from places more difficult and expensive to reach like western Kazakhstan. It’s also contributed to the surge in prices globally. Coal is a highly fungible commodity, so the disruption is almost certainly temporary, but painful nonetheless.