The Communist revolution brought to power Mao Zedong. It created a state based on ideology, the belief that what would emerge from the long revolution would be a nation based on communism, and that with that China would experience both a prosperity and community it had never had. But the price that had to be paid to reach that goal would be ruthless oppression and suffering. This was designed both to build communism and expunge the anti-communist habits that were ingrained in the Chinese people. Mao was the prophet of this transformation of the human condition, and the Communist Party would be his instrument. But since bad habits were to be found in the Communist Party as well as among workers and peasants, the party itself had to be periodically and ruthlessly cleansed.

China experienced multiple campaigns for purification, each more intense, and these outlived Mao himself. The Chinese people endured them for two reasons. First, they, or at least their children, would enter the new world. Second, the Chinese Communist apparatus and the forces it mobilized were pitiless and powerful. They could not be defeated.

After Mao’s death there was a political struggle, and Deng Xiaoping emerged. He was an enemy of Maoism when Maoism was gone, and he took a different approach to the future of China. It would be a state still ordered by the Communist Party, but its ends would not be millenarian. His goal was simply prosperity, achieved by empowering entrepreneurs to become rich. They would become rich because they would be free to employ their competence, and their competence would cascade on the Chinese people. He gave the Chinese people not only hope in a real future, but also the opportunity to exploit their talents. The Communist Party was still there, guaranteeing stability and practicing a systemic corruption in which the party and its senior members benefited disproportionately, but it was a small price to pay for a competent regime. 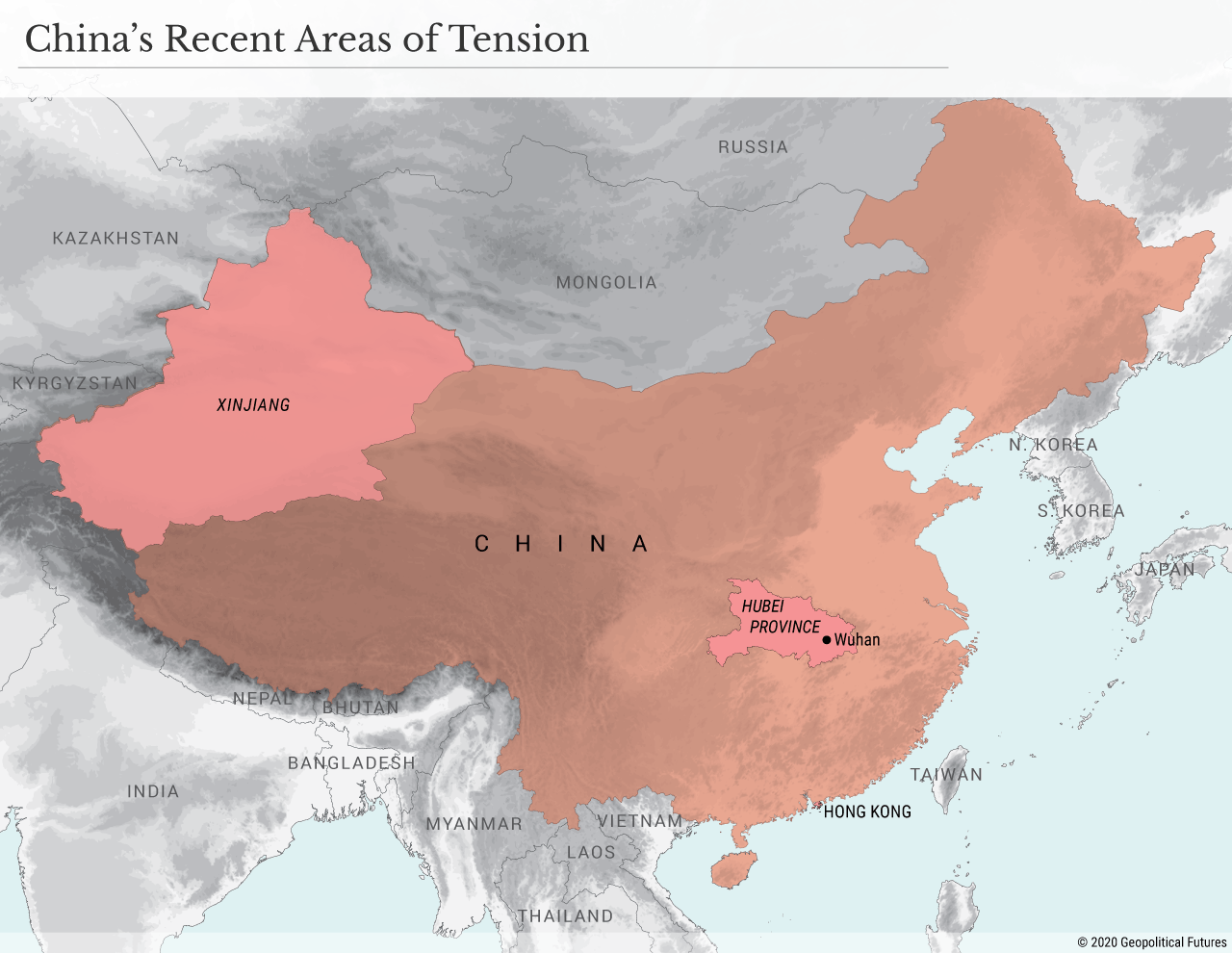 The 2008 global financial crisis raised the question of the party’s competence. China had built its wealth on exports, and in 2008 the appetite for Chinese goods around the world contracted. The Chinese economy could endure this, but the financial system was destabilized. China’s economy existed on bank debt, and the failure of exports put enormous pressure on the banks. The competence of the state was no longer assured.

The solution emerged over the past decade of a powerful China searching for economic balance. The solution had to increase the power of the state, root out corruption (or at least unsanctioned corruption) and create a dictator whose claim to legitimacy was his knowledge of how to be competent in governance, economics and foreign policy. The Chinese public on the whole was far more interested in prosperity than in abstract liberty, and Xi Jinping came to power promising to combine the power of the state with the desire for economic growth, and to increase Chinese power.

Xi has had a difficult time. He has failed to stabilize the banking system sufficiently; he has failed to manage China’s biggest customer, the United States, as his predecessors did; his actions in Xinjiang cost China some of the international respect that it craved; and Hong Kong rose up against his will. Competence is a difficult ideology. Its successes and failures are far more evident than in other ideologies. The competent leader must demonstrate his competence in all things, for if he is not competent, and he does not have visions of a future redemption of all things, then he is just another time server, making speeches.

The problem with competence-based governments is that the public frequently expects competence to produce miracles, and when disappointed, the public can turn vicious. The case of the coronavirus is an example. Xi and his staff know as little of epidemiology as I do, and even the epidemiologists are taken by surprise about new diseases. And when diseases are new, their behavior is unpredictable. The new virus may be as deadly as the common cold, or it might match the Black Death. The very novelty of the disease creates one of two responses. One is panic. The other is dismissal.

For a competent politician, there are three risks. First, failing to notice in a timely manner the existence of a new disease in the midst of daily work. Second, ordering measures that enrage the public, perhaps unnecessarily. And third, failing to order measures to limit a disease that turns out to be extremely serious. Starting from the point of ignorance, and having heard many claims on many subjects by experts, the tendency is to avoid overreacting, for which he is rarely thanked, but will be pilloried if he makes the wrong move.

Xi is president because he has sold himself as ultra-competent. Events such as the coronavirus outbreak eat ultra-competence alive. As the minor disease shows itself to be more deadly, and the opening casualness misplaced, the ultra-competent politician has as his primary goal retaining his reputation. Step one is to ignore the event. Step two is to say it is under control. Step three is to silence those who say it is not under control. The ultra-competent leader doesn’t have a step four. The disease will take its own course, practicing its own style of competence.

The doctor who was one of the first to sound the alarm about the virus died of it. It is not an unreasonable outcome when you think of it, but the theory arises that he was silenced by Xi (step three) in order to hide the truth. If he was silenced by anything other than the disease, it didn’t work anyway. The fear that the disease strikes in us must be blamed on someone. No one would dare have blamed Mao, who would have answered that the disease was a useful lesson on the road to communism. But the ultra-competent politician doesn’t have that “out.”

It has to be remembered that Xi has created a powerful sense of both omniscience and competence. His performance has been far less impressive. Given the state of the economy prior to the coronavirus, and his relationship with China’s biggest customer, he had problems. But he could cover the failures with bombast and illusion. Disease doesn’t allow that. Xi’s job is to manage China competently, and managing a new disease is hard. It is still not clear – to me, at least – what kind of disease it is on the cold or Black Death scale, but ignorance has created a kind of global quarantine on China, although freighters still sail.

So the question is whether Xi can retain his reputation as the ultra-competent leader after trade wars with the United States, the Uighur camps in Xinxiang, riots in Hong Kong and now coronavirus, and what will happen in China if he can’t. It is not so much that the disease appears so deadly as the way it was handled. And paradoxically, it seems to be Xi’s inability to handle something that by its nature can’t be handled, while failing to control things that could be handled, that poses the extreme risk for him. Politics in China is as vicious as politics anywhere. It is merely more circumspect. But the public needs someone to blame for this crisis, and a leader who lives by the claim of competence is a likely target.