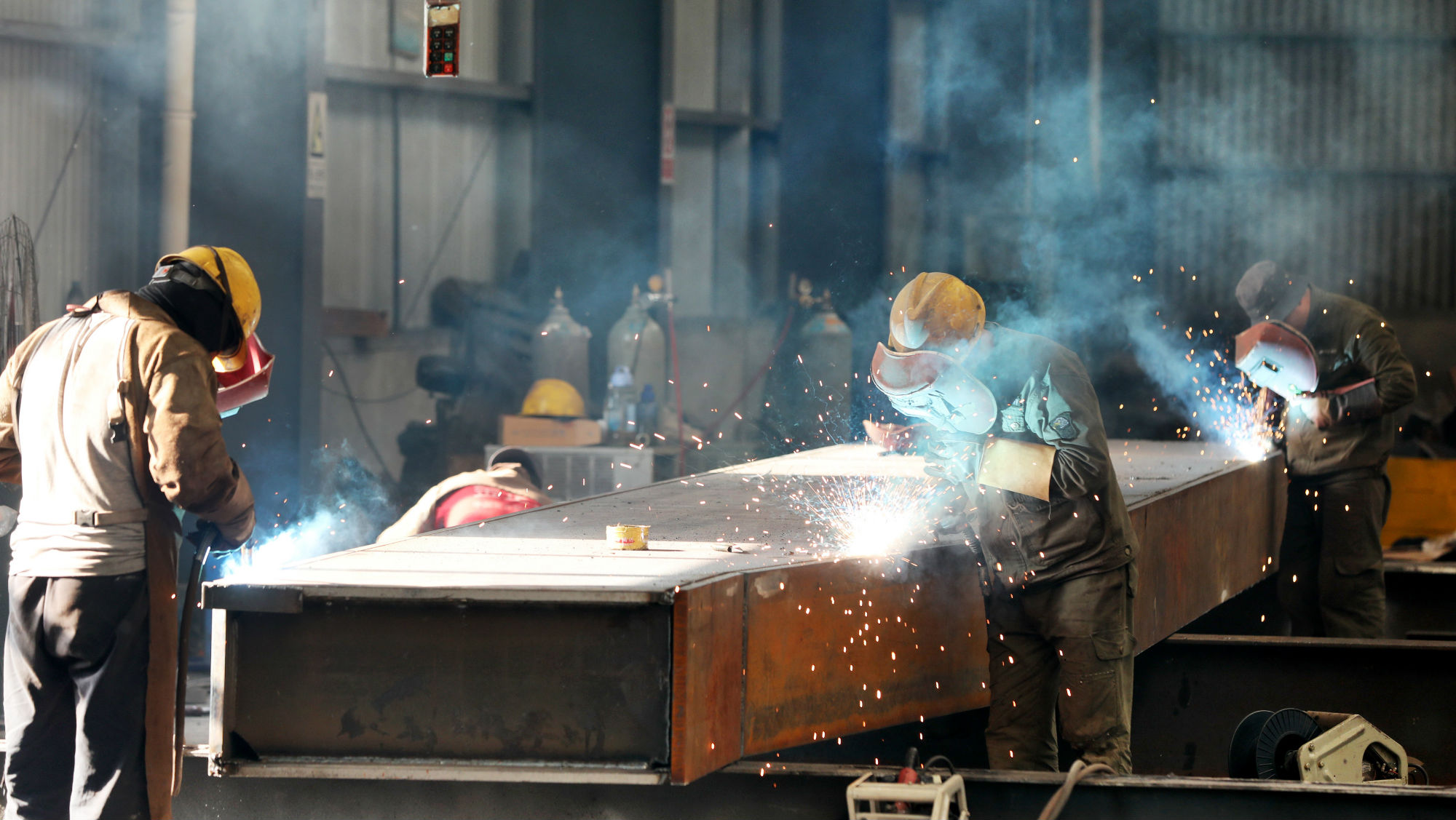 China and the United States have agreed to substantially reduce the massive trade imbalance between the two countries, according to a joint statement released over the weekend. Also over the weekend, China reportedly landed military aircraft on artificial islands it built in the South China Sea. Though these issues don’t appear connected, they are: Both have to do with the relative power of China and the United States, and both deal with perceptions more than reality.

Since President Donald Trump’s election, the United States has been deeply concerned with the balance of trade with China. For the United States, trade is a social issue. Increased trade with China has helped the U.S. economy as a whole by shifting production of certain goods to China’s low-wage economy. But it has also created severe social stress among those left unemployed or underemployed, a significant part of U.S. society.

For the Chinese, utilizing their low-wage environment to entice Western businesses to transfer production to China was a fundamental element of their national economic strategy. It surged the Chinese economy but also left it vulnerable to the appetites of other countries, particularly the United States, for their goods at a time of global stagnation and intensifying competition among low-wage producers.

A trade war would hurt parts of both countries’ economies, but on the whole, China needs that trade more than the United States does. Therefore, the aggressive American stand inevitably led China to agree to reduce the trade imbalance. But agreeing to reduce the imbalance doesn’t mean China actually will. It’s still unclear how Chinese exports would be restrained or how Chinese purchases of American goods would be increased to create more balanced trade. The Chinese government can increase its controls over the mechanics of trade far more readily than the Americans can.

Both sides have an interest in declaring victory and continuing to do business as usual. The Chinese are not in a position to give up their trade surpluses with their major customer, nor can they endure the avalanche of other countries making similar demands. But the Chinese understand American politics: They know that the Trump administration wants a win, and they are likely calculating that Trump will settle for the appearance of victory. That might be true, but since Trump’s political opponents are likely to point out that the emperor has no clothes, Trump will need to press the issue, and the Chinese have made what is for them a major concession. The pressure will continue from the U.S., and relations will deteriorate, but it is hard to see how China has much room to maneuver on this. Still, both sides have bought themselves some time.

Meanwhile, China continues to develop its military capabilities in the South China Sea. Last month, U.S. Navy Adm. Philip Davidson told the Senate Armed Services Committee that China can now control the South China Sea “in all scenarios short of war with the United States” because of its increasing military presence there. China has reportedly started to base some aircraft, including bombers, and missile systems on manmade islands in the region, causing concern among other Southeast Asian countries. 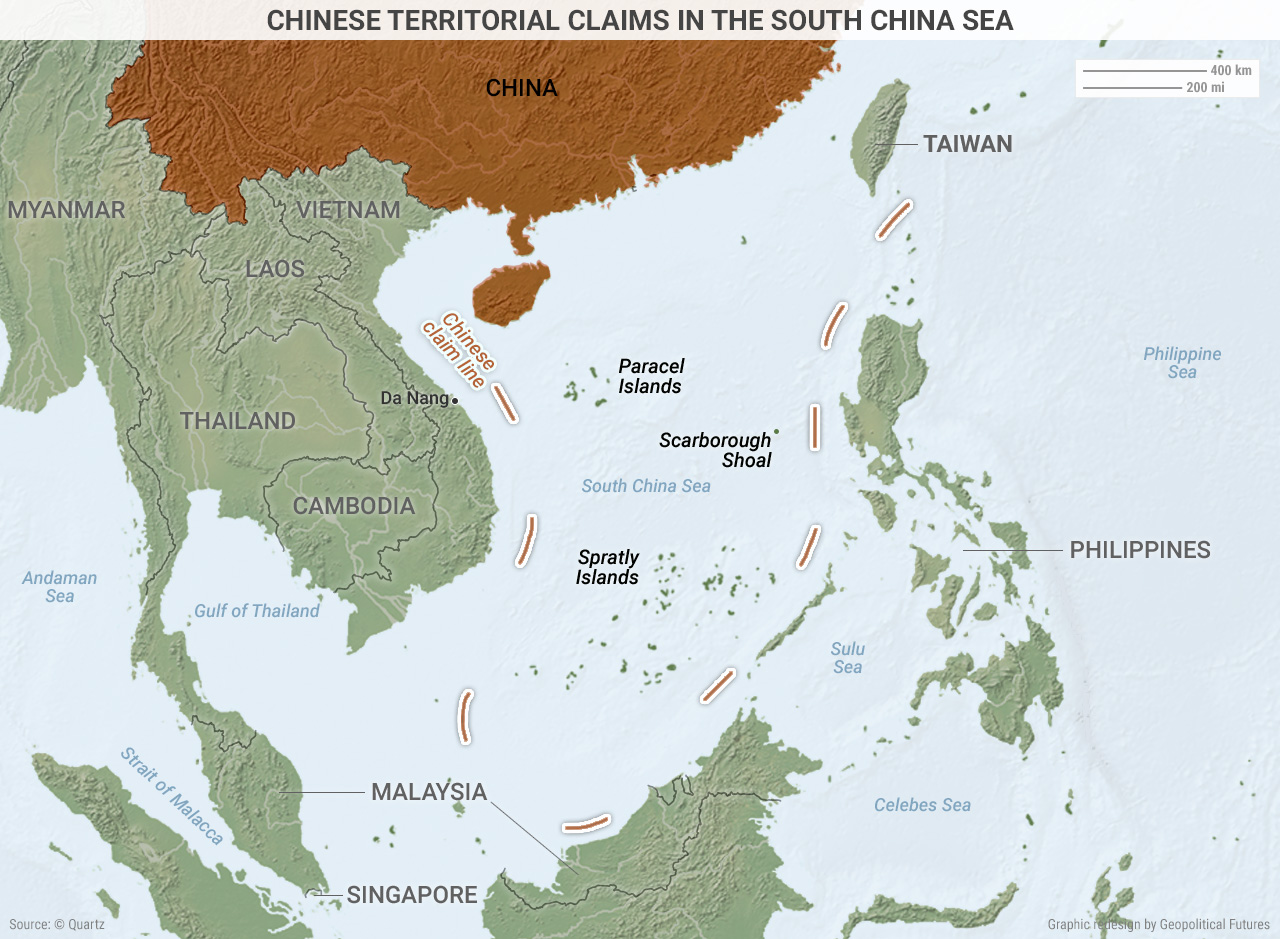 Some see this development as a major advance for China, but it’s hard to understand why. The Chinese bombers located on these islands would be used only in the case of war. And if a war does break out, these islands would be turned into craters. They do not affect U.S. naval power because they are small and their location is known. Neither satellites nor unmanned vehicles would be needed to locate them. Cruise missiles launched by air, sea or land could neutralize the islands rapidly. Certainly, the Chinese could build air defenses, but as we have seen in Syria, shooting down cruise missiles doesn’t protect your position. Since any air defense system can be saturated by too many missiles, an attacking force could calculate how many missiles it will take to penetrate the system. And since cruise missiles are unmanned, the U.S. wouldn’t hold back out of fear of taking on casualties in the way it might if neutralizing the Chinese positions required manned aircraft.

On the surface, these islands are hard to see as military bases at all. Given the size of the South China Sea, China could launch air attacks using manned or unmanned vehicles from bases on the mainland. Basing aircraft on these islands might give China a shorter time to reach some targets if it initiated conflict, but that advantage would quickly disappear. The islands are small, the number of aircraft that can be deployed on them is limited, and the first American response would eliminate them.

There’s a broader point about the strategic reality here. After years of trying to change the balance of power in the South China Sea by taking control of key islands, the Chinese have failed to do so. They have built the artificial islands to compensate for their failure. The advantage this deployment gives them would be militarily insignificant in a time of war. Its value is psychological – it improves China’s international prestige as a rising power, and it’s useful for domestic Chinese consumption. (Although, this type of advantage requires vastly overestimating the significance of these islands.) As China must gesture accommodation on trade issues, it must gesture toward its growing military power.

China’s power in both issues is less than it appears, at least at this point. The Chinese agreement to reduce the trade imbalance leaves open many opportunities for failure. The Chinese deployment of aircraft to artificial islands that are hard to defend opens new vulnerabilities to the Chinese. In both cases, the Chinese gestures have some importance. Each can conceivably become more important than it is now, but neither is as important as it appears.