China has been trying to show the world just how militarily capable it is by expanding operations. This time, it’s focused on Africa. With much fanfare, Chinese military personnel set sail July 11 from the port at Zhanjiang for Djibouti, where they will help set up China’s first permanent overseas military base. China says the base will provide support for peacekeeping, anti-piracy and humanitarian operations. But media and military analysts have claimed that the Djibouti base is part of China’s so-called “string of pearls” strategy, which is meant to develop a network of military and commercial assets and relationships along the India Ocean to project power abroad. The base, however, is not an example of China’s military prowess but rather an attempt to boost China’s image at home and abroad.

China chose Djibouti as the location for its base because Beijing has an interest in ensuring the flow of trade from the Persian Gulf to China. Eighty percent of China’s seaborne oil imports pass through this route through the India Ocean, so it’s a vital part of keeping the country running.

And the need to ensure access to this route is the motivation behind the “string of pearls” strategy. China figures it can secure access to the Indian Ocean and through various chokepoints by building military and commercial facilities throughout the South China Sea, the Bay of Bengal and, to a lesser degree, the Arabian Sea. Facilities have already been developed in Bangladesh, Myanmar, Pakistan and Sri Lanka.

But these efforts are more a case of grandstanding than effective protection of Chinese interests. With a relatively weak navy, at least compared to the U.S. Navy, China lacks the ability to secure this route militarily. So instead, it is trying to portray an image of strength to distract from its actual weakness. 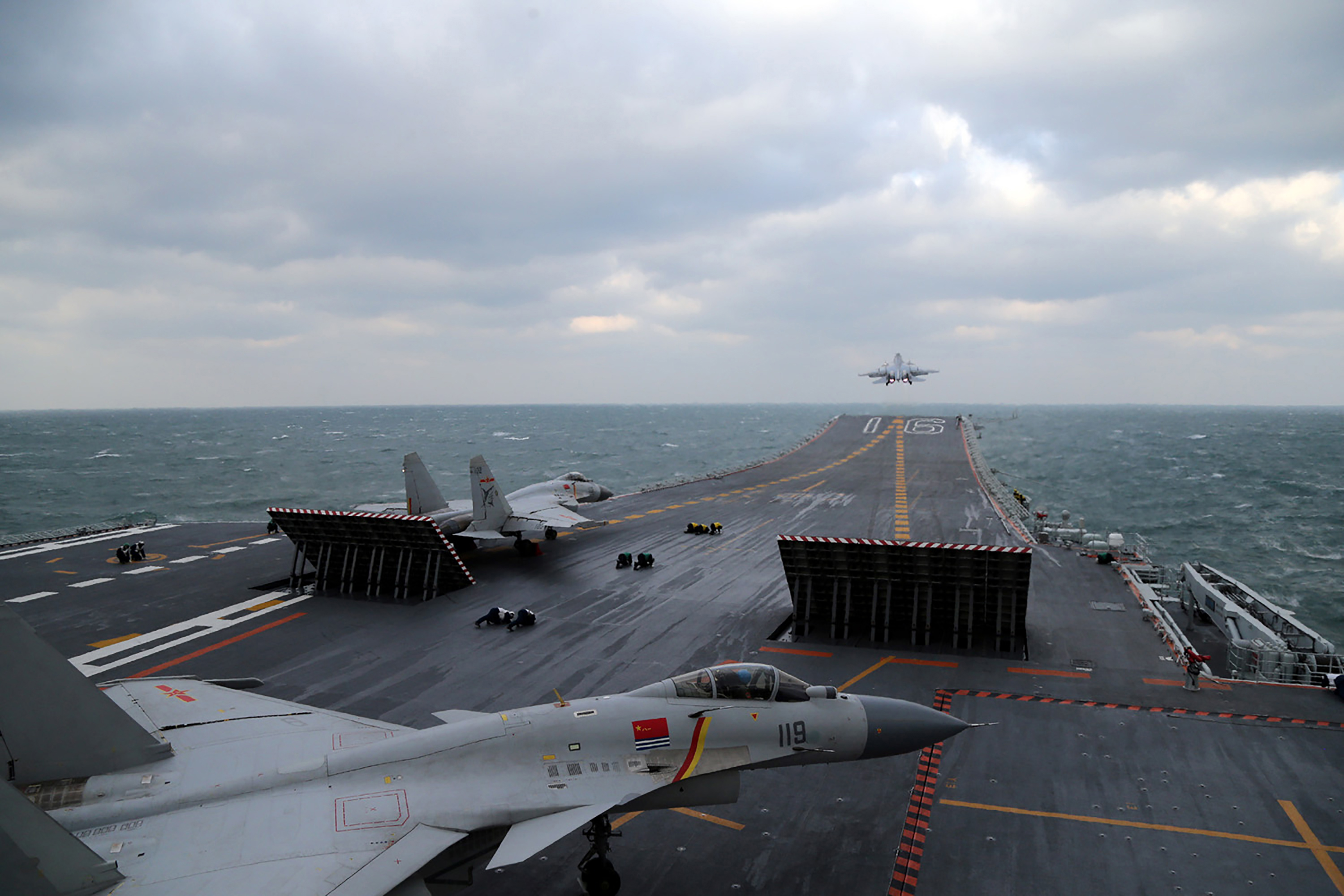 This photo taken on Dec. 23, 2016 shows Chinese J-15 fighter jets being launched from the deck of the Liaoning aircraft carrier during military drills in the Yellow Sea, off China’s east coast. STR/AFP/Getty Images

Few details about the facility have been made public, and what little is known suggests that the base has no military significance. Reports indicate that navy warships have been sent to the base, but there is no available information on the number of personnel to be stationed there, the length of their deployment or a timetable for operability. Some estimates suggest that 2,000 soldiers – likely marines and special operations forces – will eventually be stationed at the base.

By the end of the year, the facility will hold weapons and ammunition and will include wharves for stationing Chinese navy ships. It will cost the Chinese $20 million annually to rent the base, which covers 36 hectares near a commercial port owned by Chinese companies. There are plans to build an airfield, although they exist only on paper. There is one helicopter pad that should be completed by the end of the year. Notably, military expert Zhou Chenming told the South China Morning Post that the facility “is not a military base in the full sense” but that its capacity could be expanded later to repair ships and accommodate planes. From this, we suspect that the base has no aircraft and cannot service vessels. This doesn’t say much about the facility’s capabilities, and since so little is known about the nuts and bolts of the base, it would be difficult for anyone to reasonably conclude that it can help China project power abroad.

But more important is the fact that China’s navy lacks blue-water capabilities – the ability to operate in the deep waters of the world’s oceans. The navy has ambitious plans to develop these capabilities, but doing so takes a long time – at least one or two generations, assuming no major disruptions or pauses in the process. The navy does not currently have any operational aircraft carrier battle groups. Its sole operational aircraft carrier, the Liaoning, is a refurbished ship that initially launched in 1988. The Liaoning can carry about half the number of planes a U.S. aircraft carrier can. Its first live-fire exercises were held in December 2016, and its accompanying fighter pilots are only now graduating from initial training. The crew has little experience and requires years more training before the ship can be operationally effective. The Chinese navy, moreover, has yet to overcome basic logistical problems, including refueling. Most of the country’s naval vessels are not nuclear powered and must therefore stop at ports to refuel, limiting their capabilities and reach.

China can’t project power globally. It has to be selective in setting its priorities, and Africa isn’t at the top of this list. China’s real concerns are much closer to home. Any imports coming through the Indian Ocean destined for China must pass through the Strait of Malacca, a major chokepoint bordered by Malaysia, Indonesia and Thailand. Passage through the strait is secured by the U.S. Navy, but the Chinese don’t want to rely on the U.S. for access to such an important route. Chokepoints are also an issue in the South China Sea, where China and several other East Asian states are competing for territory. What capabilities and resources Beijing does have will be focused on this region rather than the Horn of Africa.