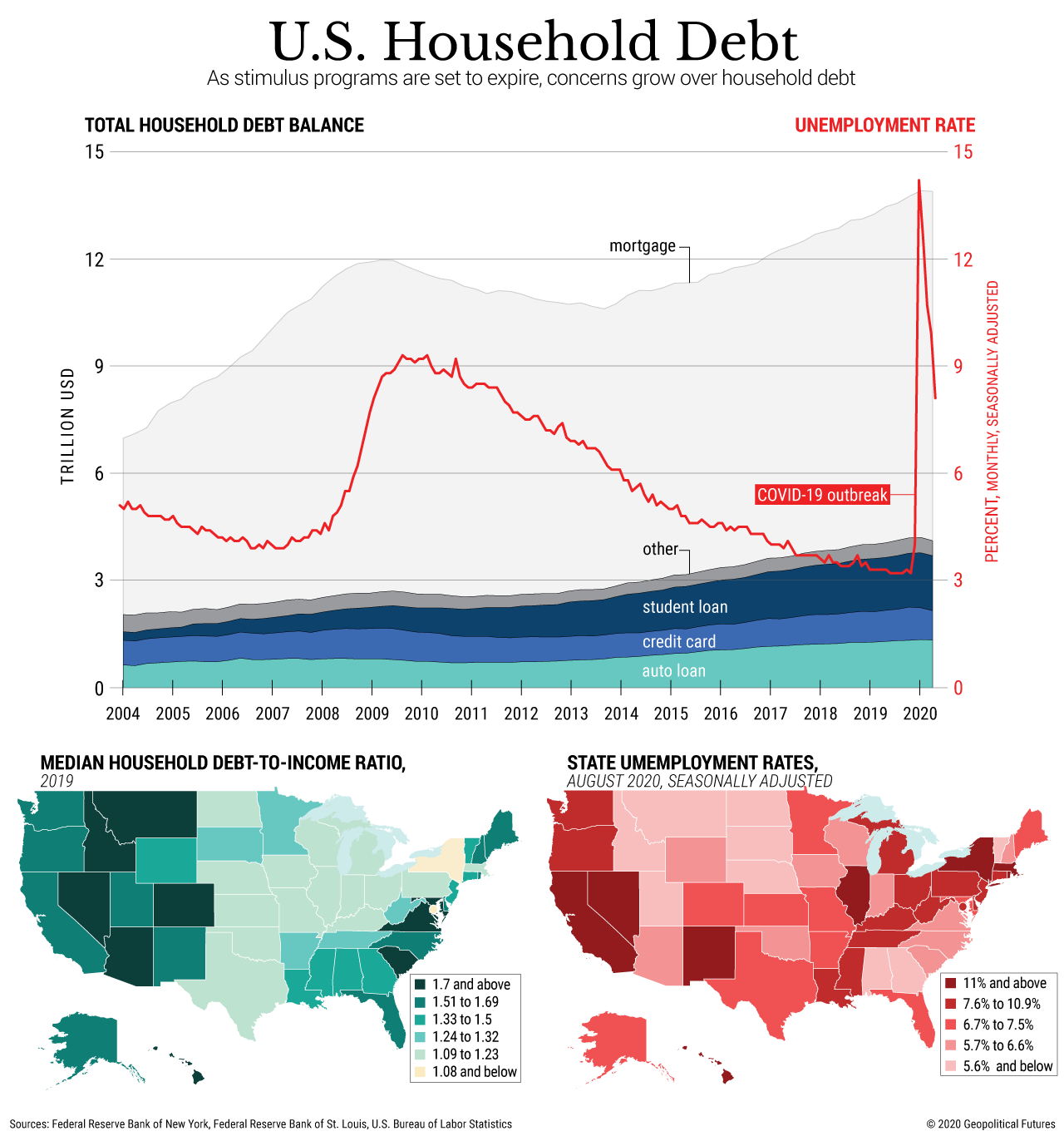 Over the past six months, spending habits among U.S. consumers have changed drastically. In the second quarter of this year, credit card balances declined by $76 billion, the largest drop on record. That’s partly because many Americans have been using whatever disposable income they have to pay off debt, leading to a decline in household debt of $34 billion. But there are concerns that household debt levels may rise as stimulus measures expire. The Coronavirus Aid, Relief, and Economic Security Act, also known as the CARES Act, provided $600 a week to qualified individuals but expired in late July. Since then, the lost wages assistance program has helped at least 21 states issue an extra $300 a week in unemployment benefits. But these payments are also temporary.

Though easing restrictions and government loans have helped put many people back to work, applications for unemployment benefits have remained steady over the past couple of months, raising questions over how many jobs may have been permanently lost. We continue to watch all of these indicators as we search for signs of whether the U.S. economy is in recession or headed for depression.