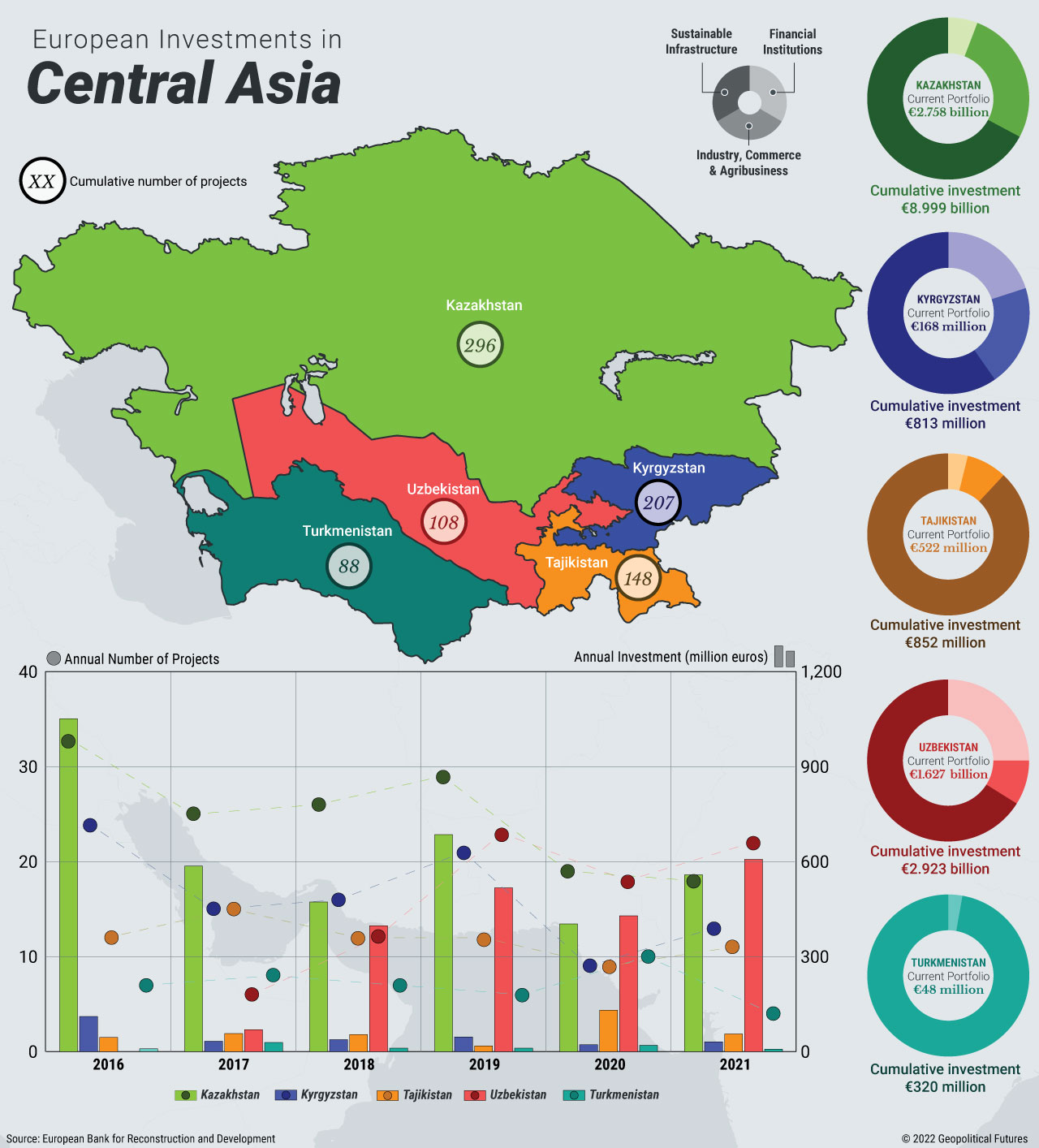 Since the fall of the Soviet Union, Central Asian countries have been working to develop their own independent economies, with varying degrees of success. Economic development in the region can be disrupted by things like internal unrest, security threats, economic volatility and Russia’s periodic intervention in national and regional affairs. Still, these states have continued to open up to the world by improving relations with different countries and institutions.

One of these institutions is the European Union. In 2019, the bloc released the EU Strategy for Central Asia, a document that outlined its shifting attitude toward countries of the region. Brussels said at the time that it was reassessing its own capabilities in Central Asia, but in fact the shift was a result of the bloc’s growing recognition of the region’s potential. These countries’ substantial natural resources, significant market potential and logistical value as transit hubs between Europe and Asia gave them new relevance. Investment and economic cooperation between the two regions began to increase, and this will certainly continue in the coming years, especially given Central Asia’s role as a conduit to the heavily sanctioned Russian economy.

Indeed, Moscow may also benefit from this growing economic relationship. And as hostilities between the Kremlin and the West grow, the EU will work to reshape relations with countries that still have economic, political and military ties with Russia, while Central Asian countries continue to stay neutral as best they can by balancing between all parties.