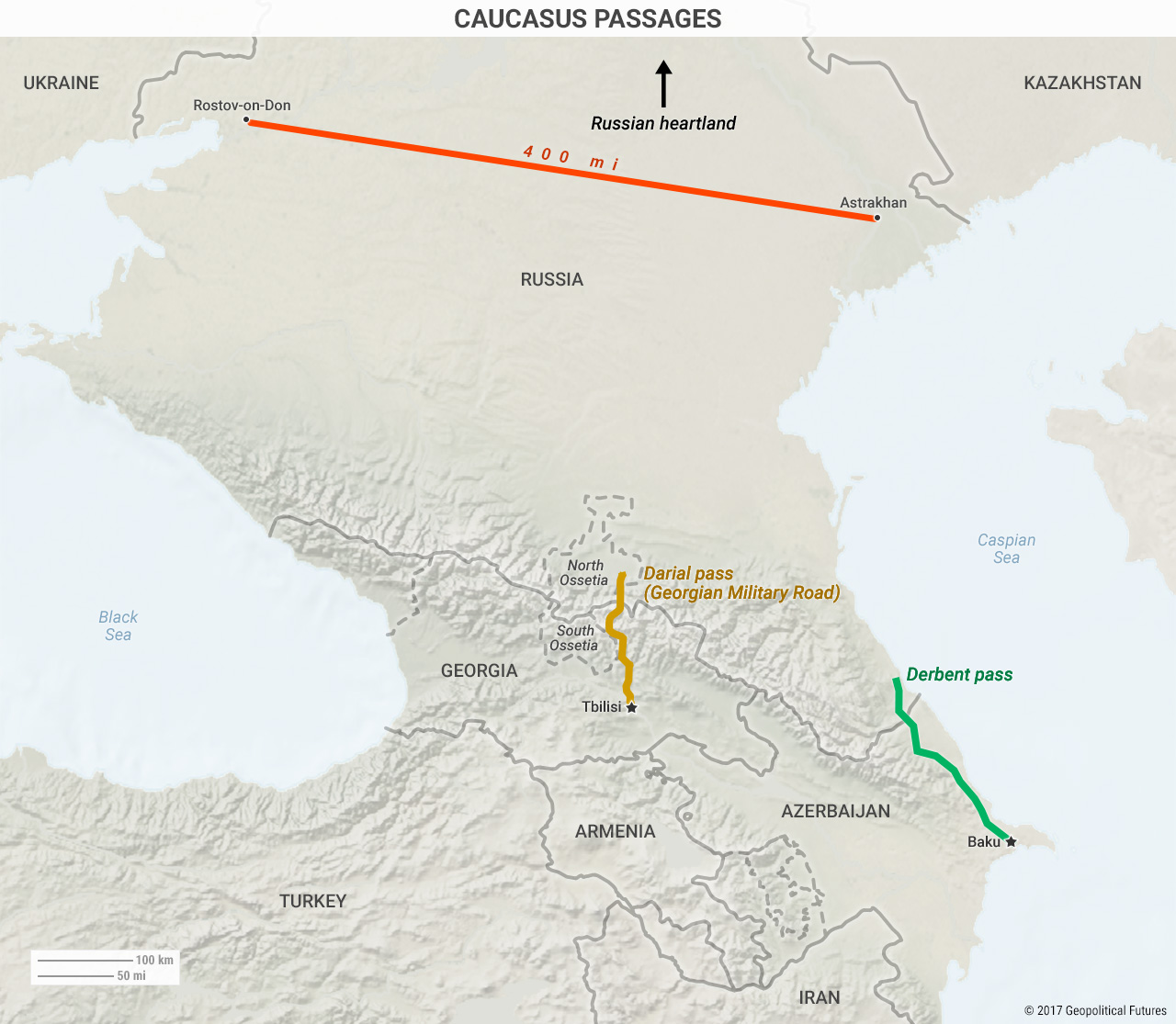 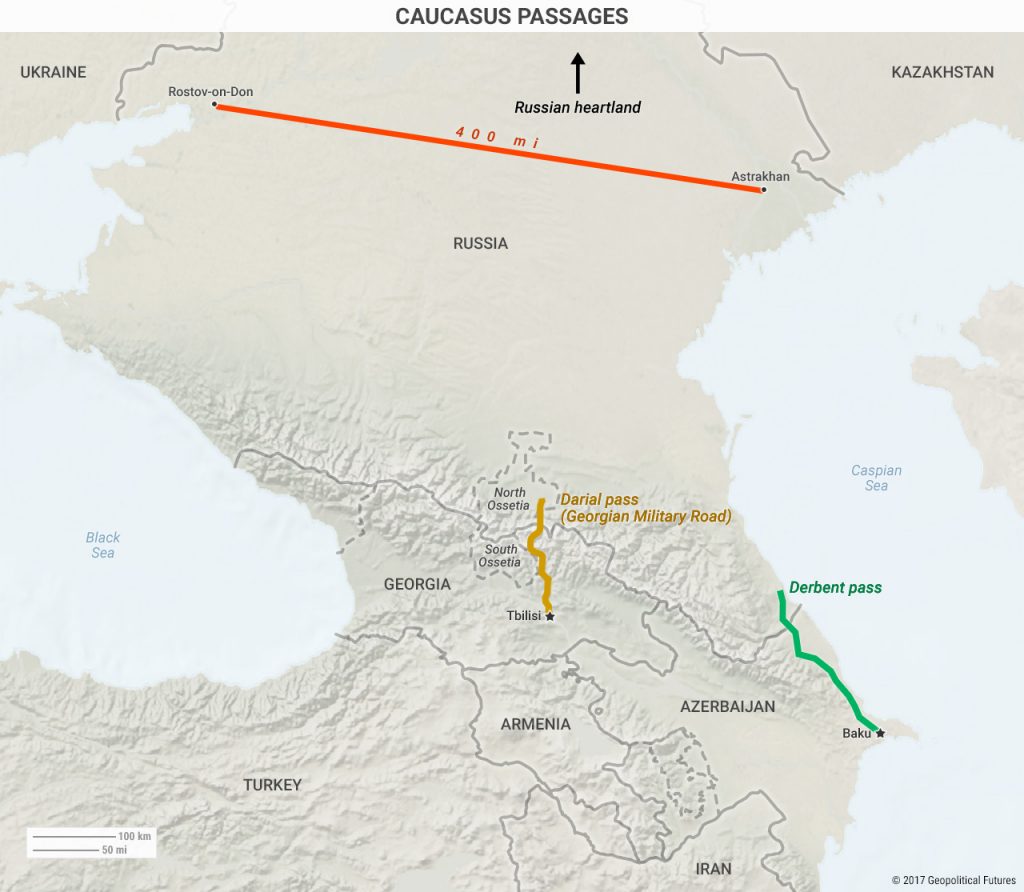 Historically, the Greater Caucasus has only two north-south passages through it, both of which are extremely narrow. The first is a strip of flat land along the Caspian coast from Baku to Dagestan through the Derbent pass, believed to be the site where Alexander the Great constructed a wall, the Gates of Alexander, to prevent the approach of “barbarians” from the north. The second, the Darial pass, runs through the center of the Greater Caucasus, from the Georgian capital of Tbilisi to Vladikavkaz, Russia. The ominously named Georgian Military Road weaves its way through the pass, running very close to South Ossetia, a fact that bestows outsize importance on the small Georgian semi-autonomous region.

Russia’s primary interest in the Caucasus is to protect the plain to the north of the Greater Caucasus that extends into the Russian heartland. Flat terrain is difficult to defend, and were an army to cross the Greater Caucasus through the Darial pass, it would represent a mortal threat to Russia. Russia’s last stand would have to be along the 400-mile stretch from Astrakhan to Rostov-on-Don.

It’s far easier to block a single passage through a mountain range. This is why the Darial pass and the Georgian Military Road that runs through it are so vital to Russian security. Control of the area immediately north of the Greater Caucasus is critical for Russia, though it would still like to exert as much power to the south as possible to give itself an even deeper buffer.

In China, More Regulation Does Not Mean More Enforcement